Another Conservative Icon, Rush Limbaugh Radio Headed for the Dumpster 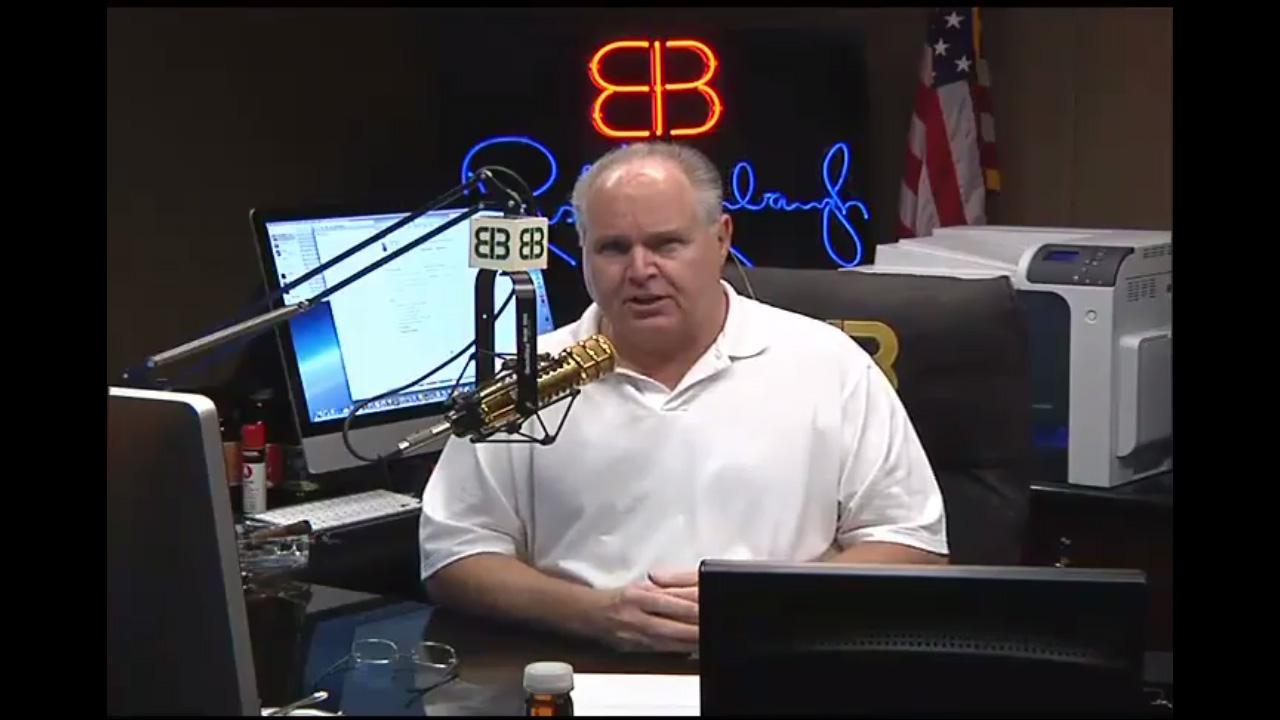 The parent company of iHeartCommunications, which syndicates programs by conservative talk-show hosts Rush Limbaugh and Sean Hannity, appears to be headed toward bankruptcy.

In a statement filed last week with the Securities and Exchange Commission, the federal agency charged with regulating companies that offer investments to the public, iHeartCommunications’ parent company, iHeartMedia Inc., said that it had “substantial doubt” that it would be in business by the middle of next year.

Beyond syndicating shows by Limbaugh, Hannity and other hosts like Steve Harvey and Ryan Seacrest, iHeartCommunications owns and operates more than 800 radio stations. It also sells ads on thousands of billboards across the country.

The radio industry as a whole has been fading away, not because people aren’t tuning in but rather because advertisers have been shifting their dollars to the online world where performance can be measured much more effectively, according to radio industry veteran Seth Resler: “What many people don’t realize is that the job of a radio salesperson is getting harder as more and more clients start thinking about advertising as a science and not an art,” Resler wrote. “As an industry, we simply aren’t providing them with the tools they need to compete against these new mediums.”

According to a 2016 Pew Research Center report, more than 90 percent of Americans said they have listened to radio via an online or broadcast form in a given week.

The ad challenge is made worse for iHeartCommunications since many of its stations feature a conservative talk format whose audience is literally dying off. According to industry figures, the age of a talk show listener is about 67. Further complicating things for the company has been that its top host, Limbaugh, has immersed himself in several controversies in recent years, such as the time he called a liberal activist a “slut” on the air.

Being in an expensive, dying and controversial industry isn’t good for stock prices, which is why in 2008, iHeartCommunications became a wholly owned subsidiary of iHeartMedia in a $24 billion stock buyout transaction initiated by Bain Capital, the investment firm for which past GOP presidential nominee Mitt Romney labored for many years.

That buyout option saddled iHeartMedia with a huge amount of debt, almost $350 million of which is about to come due, according to MarketWatch reporter Ciara Linnane.

In December ratings agency Moody’s said that iHeartMedia had a “negative” outlook, a sign that its already junk-level bond rating might be downgraded even further.

According to Reuters, iHeartMedia is trying to kick the debt can further down the road by trying to pay off its maturing bonds by purchasing other ones while undergoing yet another corporate overhaul.

But this time, the company’s bondholders aren’t playing along. Per Reuters, a group that claims to represent more than half of the company’s lenders are refusing to cooperate with the restructuring plan, meaning that there is a very real possibility that iHeartMedia may have to declare Chapter 11 bankruptcy in order to evade its creditors.

Should such a restructuring happen, there’s a very real chance that it could allow iHeartMedia to force Limbaugh, Hannity and its other top talents to renegotiate their contracts for a lower payment amount. Of course, that’s assuming that there would be any takers on what are likely to be bonds that would be sold at fire-sale prices.

One needs to ask if the man who wants to be President of the US shouldn’t be held to the same level of accountability as a College Football Coach?

In the first Vid, Rick Perry melts down with a memory lapse at the debate. After George Bush, I think America has had quite enough of stupid men being President – and as such, Perry is going to get hammered for this a lot more than candidates in previous elections.

The 3rd Person Herman Cain (I always worry about a guy who constantly refers to himself in the third person), despite pictures and testimony to the contrary – doesn’t remember his accusers –

The supporting evidence pic showing the witness at the event in question?

And then there is this –

And then there were the threats –

And the whole world walked off a cliff…

Anyone else get the feeling the “experts” don’t have a clue how the economy actually works?

Early last week, ECRI notified clients that the U.S. economy is indeed tipping into a new recession. And there’s nothing that policy makers can do to head it off.

ECRI’s recession call isn’t based on just one or two leading indexes, but on dozens of specialized leading indexes, including the U.S. Long Leading Index, which was the first to turn down – before the Arab Spring and Japanese earthquake – to be followed by downturns in the Weekly Leading Index and other shorter-leading indexes. In fact, the most reliable forward-looking indicators are now collectively behaving as they did on the cusp of full-blown recessions, not “soft landings.”

Last year, amid the double-dip hysteria, we definitively ruled out an imminent recession based on leading indexes that began to turn up before QE2 was announced. Today, the key is that cyclical weakness is spreading widely from economic indicator to indicator in a telltale recessionary fashion.

Why should ECRI’s recession call be heeded? Perhaps because, as The Economist has noted, we’ve correctly called three recessions without any false alarms in-between. In contrast, most of those who’ve accurately predicted a recession or two have also been guilty of crying wolf – in 2010, 2005, 2003, 1998, 1995, or 1987.

A new recession isn’t simply a statistical event. It’s a vicious cycle that, once started, must run its course. Under certain circumstances, a drop in sales, for instance, lowers production, which results in declining employment and income, which in turn weakens sales further, all the while spreading like wildfire from industry to industry, region to region, and indicator to indicator. That’s what a recession is all about.

But how can we have a new recession just a couple of years after the last one officially ended? Isn’t this too short for an economic expansion?

More than three years ago, before the Lehman debacle, we were already warning of a longstanding pattern of slowing growth: at least since the 1970s, the pace of U.S. growth – especially in GDP and jobs – has been stair-stepping down in successive economic expansions. We expected this pattern to persist in the new economic expansion after the recession ended, and it certainly did. We also pointed out – months before the recession ended – that because the “Great Moderation” of business cycles (from about 1985 to 2007) was now history, the resulting combination of higher cyclical volatility and lower trend growth would virtually dictate an era of more frequent recessions.