Pedophile Roy Moore Pines For the Days Of Slavery – “Our Families Were Strong, Our Country Had Direction.”

Yeah…He went there. Totally ignoring the point, slavery wasn’t so good for those enslaved black families who could be broken up and sold off to different places on a whim.

I guess it was great for Moore, because folks like him could freely rape black children without any threat from the law.

If you support the Chumph, who supports Moore – this is what you support.

Win or lose, the first thing that is going to happen after November 8th is the Chumph is going to court.  He is the defendant in several Civil (so far) cases relative to the fraud in Trump University, and now at least one, and possibly three case of child rape. One of which could involve the murder of a victim to cover it up.

Either of which, if decided against him, would disqualify him from being President (another impeachment, anyone?)

Witness: Trump also raped 12-year-old — and used her disappearance to threaten another victim

Trump is due to appear in federal court Dec. 16 for a status conference after a judge allowed the lawsuit, which seeks $75,000 in damages, to move forward.

The alleged victim, identified in the suit as “Jane Doe,” claims Trump brutally raped her in 1994, when she was 13 years old, and threatened to harm her and her family if she talked.

The suit was originally filed last year in California by a woman named Katie Johnson, but that case was thrown out May 2 because the complaint failed to properly state any specific federal civil rights violations.

The lawsuit was refiled in New York in June, but without Johnson’s name, her request for $100 million and absent several explosive claims from the previous suit — including an allegation that Trump had given money to the victim and ordered her to get an abortion.

Two other women — identified as “Joan Doe” and “Tiffany Doe” — have been added to the newer suit as witnesses.

Both witnesses say they worked as “party planners” for billionaire pedophile Jeffrey Epstein, who paid them to “attract adolescent women” to events he hosted at the Wexner Mansion in New York.

Tiffany Doe says in court documents that she lured Jane Doe to a party with the promise of money and meeting contacts in the modeling industry.

She claims in the documents that she personally witnessed the girl being forced to engage in various sex acts with Trump and Epstein, who she said were aware of her age.

“I personally witnessed four sexual encounters that the Plaintiff was forced to have with Mr. Trump during this period, including the fourth of these encounters where Mr. Trump forcibly raped her despite her pleas to stop,” Tiffany Doe alleges. Tiffany Doe said she also witnessed Trump forcing Jane Doe and a 12-year-old girl identified as “Maria” to perform oral sex on him and then physically abuse both of them afterward.

The woman said her job duties required her to “personally witness and supervise encounters between the underage girls that Mr. Epstein hired and his guests,” according to court documents.

Epstein, a financier who was also friends with Bill and Hillary Clinton, was convicted in 2008 of soliciting an underage girl for prostitution and served 13 months of an 18-year prison term.

Tiffany Doe said both Trump and Epstein threatened to harm Jane Doe if she ever revealed the physical and sexual abuse she endured — and she said the future GOP presidential nominee’s warning was particularly ominous.

“I personally witnessed Defendant Trump telling the Plaintiff that she shouldn’t ever say anything if she didn’t want to disappear like the 12-year-old female Maria, and that he was capable of having her whole family killed,” Tiffany Doe alleged.

Tiffany Doe said after she stopped working for Epstein in 2002, he threatened to kill her and her family if she ever revealed the child rape operation he oversaw.

The woman, who started working for Epstein in 1990, said she had put herself at great risk by agreeing to back Jane Doe’s claims against Trump but swore her allegations were truthful.

“I fully understand that that the life of myself and my family is now in grave danger,” she said. 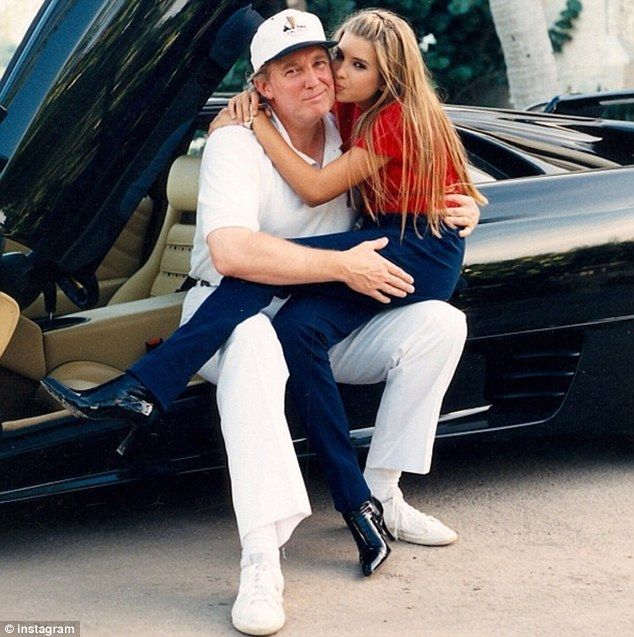 What Is Wrong With Religion In This World?

It seems that almost every day we are confronted with yet another depressing case of horrific crimes in the name of, or under the guise and protection of religion. What’s disgusting is, as in the case of nearly a Century of Catholic Priests abusing children in their charge – even those in charge, and innocent of carnal crimes won’t step up to the plate and stop it… Or take the steps necessary to prevent the miscreant from doing it, again and again.

It’s not just the Catholics – this has gotten to be a far too pervasive theme across all denominations. Case in point –

After being raped and impregnated by a fellow churchgoer more than twice her age, a 15-year-old Concord girl was forced by Trinity Baptist Church leaders to stand before the congregation to apologize before they helped whisk her out of state, according to the police.

While her pastor, Chuck Phelps, reported the alleged rape in 1997 to state youth officials, Concord police detectives were never able to find the victim. The victim said she was sent to another church member’s home in Colorado, where she was home-schooled and not allowed to have contact with others her age. It wasn’t until this past February that the victim, who is now 28, decided to come forward after reading about other similar cases, realizing for the first time it wasn’t her fault that she had been raped, she told the police. END_OF_DOCUMENT_TOKEN_TO_BE_REPLACED

Not sure where Whoopi is trying to go with this one. It appears to not only off the reservation, but off the universe of common sense…

People who do what Polanski did – PEDOPHILES – have one of the, if not the highest recidivism rates of all criminals. Chances are, Polanski raped a lot more than just one 13 year old girl. Indeed, a pedophile with his wealth could have done this to hundreds of girls – not only in the child rape fleshpots of Thailand, and Limbaugh’s hideaway the Dominican Republic, or Eastern Europe…

But in the places he has been hiding, where law enforcement is dependent on how much money you have to bribe your way out of trouble.

WTF is Whoopi defending this scumbag?