Letter From a White Guy

Amusing…Basically clarifying the situation of the “Desperation of Demographics”

A letter to my fellow white people 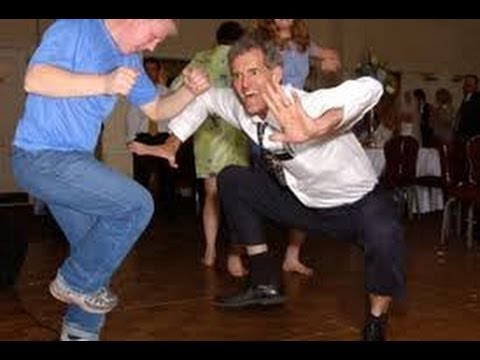 Chris Rock famously riffed on the proposition “I love black people, but I hate n–gas.” Chris Rock is one of the few people who can get away with saying this, since he is a.) black and b.) one of the funniest people alive. I am not 1/48th as funny as Chris Rock, but allow me to say that although I like white people, I’ve about had it with White People.

Don’t get me wrong — some of my best friends are white. In fact all of them are. I myself am a white person, and proud of my white person heritage. (Am I allowed to say that without sounding like a skinhead or klansman?) We are a vibrant people, with a rich cultural heritage in which there is much to celebrate. If you were paying attention during White History Month (March through January) you probably already know about many of our contributions — democracy, the Renaissance, the industrial revolution — and some of our people’s important heroes and role models: Socrates, Newton, Beethoven. I wear the traditional garb of my people, speak our distinctive dialect, and enjoy doing our customary dance, performed only at weddings — a flaccid, spasmodic flailing reminiscent of the inflatable tube-men erected to advertise used car lots.

But for all my pride in our many achievements, I do get sick of White People — a.k.a. Whitey.

You know the White People I’m talking about. They’re the ones who, every time an unarmed black person is gunned down by the cops, come forward to explain yet again that this regrettable incident would not have occurred if the victim had not broken the law, or if they’d simply complied with orders and been polite. These are the White People who, when they denounce “the violence in Baltimore,” are referring not to the breaking of a man’s back but the trashing of a 7-Eleven. The White People who warn that this latest wave of immigrants, is, at last, the one that will take everything from us, rape our women, kill us all, and destroy our civilization. I suspect this must be some sort of case of racial mass projection, since the only wave of immigrants in American history who have ever actually done this was the first one — the White People.

These are the White People who lack all capacity for imagination or empathy, who assume that what life is like for them is what it’s like for everyone else, or would be if they would just behave. They have a Sunday-school faith in an American Dream where everybody has an equal chance if they’re just willing to play by the rules and aren’t afraid of a little hard work. The police are there to protect them; society’s institutions exist to serve them. They see this country as a home and fortress, instead of as a prison, a place where they can only ever be on probation. They believe in law and order, in a level playing field. But “law and order” always serves the status quo, however unjust or cruel it is, and the playing field only looks level to those on the high ground.

“White privilege” is the p.c. slogan for these unacknowledged advantages and entitlement — the freedom to drive around without being pulled out of the car and beaten up, to walk to the store unmurdered, and, mostly, to never have to think about being white. It’s a little unreasonable to condemn White People for what’s basically human nature; pretty much everyone takes for granted whatever advantages they happen to have (being white, male, rich, thin, attractive, American, healthy, alive) and complains about their problems instead. It only starts to seem a little obnoxious when you point this out to White People and they get defensive and angry and adamantly deny having any such thing, insisting that they’ve got it just as hard as anyone else and some people are just whiners.

Let me be clear: I am not opposed to white privilege. In fact, I believe it should be extended to everyone, regardless of their color, ethnicity, or creed. Indeed, White People have been gradually, grudgingly expanding the definition of White People over the centuries: The Irish didn’t used to be white; neither did Italians, or Eastern Europeans, let alone the Jews. Perhaps it is time, at long last, to make everybody honorary White People. (Think how mad ISIS would be if we unilaterally declared them white.) Why shouldn’t we all be equally free to walk the streets without being harassed, beaten up, and jailed for makework offenses by the people we ostensibly pay to protect us? Everyone should experience the heady, illicit thrill of carrying small amounts of drugs around in their pockets, drinking a beer on their own front steps, and occasionally punching it up to 67 miles per hour. White privilege for all!

I try to be patient with White People. But by now, even the very slow ones have done the back-of-the-napkin calculations on the demographics, and they’ve realized that the numbers are not looking good for them. The White Man is taking this very hard. At least some of the paranoid delusions fixated on President Obama — that he is a closet Marxist, Islamic Manchurian Candidate, or late-blooming Antichrist — are symptomatic of a mass hysteria at seeing the darkening face of America embodied in our chief executive. The same syndrome is no small part of the support for would-be autocrat Donald Trump and his Speerian fantasy of a gargantuan bulwark against the invading brown horde.

This situation is, admittedly, not without its little pleasures — it is a delight to see the Republican Party, which has banked on pandering to the angry-bigoted-old-white-man vote for the last half century, now handcuffed to the dead weight of that aging, increasingly demented, and chronically apoplectic bloc. But let’s not get complacent; White People have, historically, proven dangerous, and you never know what they might do now that their numbers are dwindling and their long, cushy position on top is endangered.

White People, please: You embarrass us all. All these histrionics and tantrums, this aggrieved whining about reverse-discrimination, this shameless appropriation of the language of the oppressed — it’s undignified. It ill-becomes the people who calculated the circumference of the Earth, invented the printing press, and successfully exterminated or enslaved half the human race. Let’s let it go gracefully. We had our chance….Read the Rest Here…

R&B isn’t quite dead yet!

Success was a long-time coming for singer Charles Bradley, who was born in 1948 but released his debut album just five years ago. His experiences during those 60-plus years make for quite a story — fitting for a soul man strongly influenced by the late James Brown, reports “CBS This Morning: Saturday” co-host Anthony Mason.

Early in his late-blooming career, Bradley’s backing band gave him a nickname: The “screaming eagle of soul.”

The “screaming eagle” got his inspiration from the “Godfather.” Bradley was a teenager in 1962 when his sister took him to the Apollo in Harlem to see James Brown perform.

“That’s what started it ’cause I always liked the blues, but see, James Brown is the one who put rhythm in the blues. And that’s what made it funky,” Bradley said. “And I said, ‘Now that’s what I want to be.'”

But through his first five decades, Bradley drifted between jobs. He worked as a short order cook in Maine, at a hospital for the mentally ill in New York, and much more.

“Jesus, I can’t count because I was like anywhere, anyone was going to give me a job that made me keep going. I hitchhiked to Ketchikan, Alaska,” Bradley said.

Bradley was in his fifties when he finally landed back in Brooklyn. In 2011, he was doing a James Brown tribute show in Essence Bar in Brooklyn when he was spotted by Daptone Records, who paired him with producer Tom Brennick.

“He said, ‘You do James Brown. You’re good at James Brown. Now we want to see you do you,'” Bradley recalled.

Brennick wouldn’t take “no” for an answer.

“Tom kept drilling me and I thought he was one of the evilest persons in this world. And he said, ‘No, you can hit that note’ and I said, ‘Tom you trying to burn my throat out, you know?’ And he said, ‘Charles, do it again.'”

But with that, Bradley gained something he did not know he had.

At age 62, Bradley finally got his break when Daptone released his debut album in 2011. The small Brooklyn label had had success with Sharon Jones & the Dap Kings ,who’d also played on the Grammy-winning Amy Winehouse album, “Back to Black.”

The age wasn’t a concern for Neal Sugarman, co-founder of the label. In fact, the reaction surpassed all expectations.

“People were responding to it. And it was – it was amazing,” Sugarman said.

Bradley pours himself into every performance. Last year, he even went on stage the night he lost his beloved mother, which he called the “hardest thing I’ve ever did in my life.”

“If I didn’t, I think I really, truly would have hurt myself. I couldn’t take no more and I was looking anywhere I could go to get this pain out of me,” Bradley said.

He thinks of her, he said, whenever he sings the title track of his new album, a cover of the black Sabbath song, “Changes.”

Montel is not a liberal. He was a lifelong Republican who recently renounced hi support based on the Party’s position on guns and mass murders. What h is experiencing here is the difficulty in getting gun crazies and the right wing dizzies to accept even basic, common sense changes in the law.

Posted by btx3 on December 4, 2015 in American Genocide

Old folks used to claim that the airplanes flying high in the sky were causing weather changes. For years, scientists laughed at this as preposterous…

Until now. Turns out the Old Folks were right… Again.

Airplanes Can Cause Extra Rainfall

Airplanes flying through super-cooled clouds around airports can cause condensation that actually results in more snow and rain for nearby areas, according to a new study. The perfect conditions for such a freaky weather event occur about 5% of the time—but 10% to 15% in winter—according to the study’s lead author. Aircraft take off into the wind, so if they are generating extra ice particles upwind of an airport, the result can be snow right on the airport. That could mean planes will require more de-icing.

The team was investigating holes or canals that are sometimes seen drilled in clouds after an airplane has passed through. They found that increased snow and rainfall occurs in areas where the unusual cloud holes appear, usually within 60 miles of the airport. The added rain or snowfall occurred when the clouds were made up of water droplets that were colder than freezing, but which had not yet frozen: When an airplane passes through one of these clouds the movement causes a sudden cooling of the air, sometimes down to the critical point where the droplets freeze. They then can fall to earth as snow or rain.