The University of Texas at Dallas professor has testified more than half a dozen times in favor of Republican efforts to redraw congressional districts — which always seem to target likely Democratic voters, reported Politico.

That would put Brunell — who has no government experience — in position to oversee the 2020 Census, which determines whether states gain or lose electoral voters and seats in the House of Representatives.

The top operational job has traditionally gone to career public servants with a background in statistics, and Congress would have no power to block him.

“If true, it signals an effort by the administration to politicize the Census,” Terri Ann Lowenthal, former co-director of the Census Project, told Politico. “It’s very troubling.”

Lawmakers pushed back when the White House considered Brunell for Census director, which requires Senate confirmation, but deputy director does not.

Brunell– the author of a 2008 book, “Redistricting and Representation: Why Competitive Elections are Bad for America” — has little demonstrable experience in federal statistics or management.

He has argued that partisan districts filled with like-minded voters — which he believes should be called “fair districts” — promote better representation because fewer voters would back losing candidates.

If he’s nominated, Brunell would become the highest-ranking permanent official at the agency.

“This is worse than making him director,” a former high-ranking Commerce Department official told Politico. “There still is going to be hell to pay on the optics. The Democrats and civil rights community will go nuts.”

About That Obama “Economic Failure”

After today’s numbers, you have to wonder how much faster the economy could have grown without Republicans throwing up roadblocks every step of the way trying to destroy the black President instead of doing their job to help the country 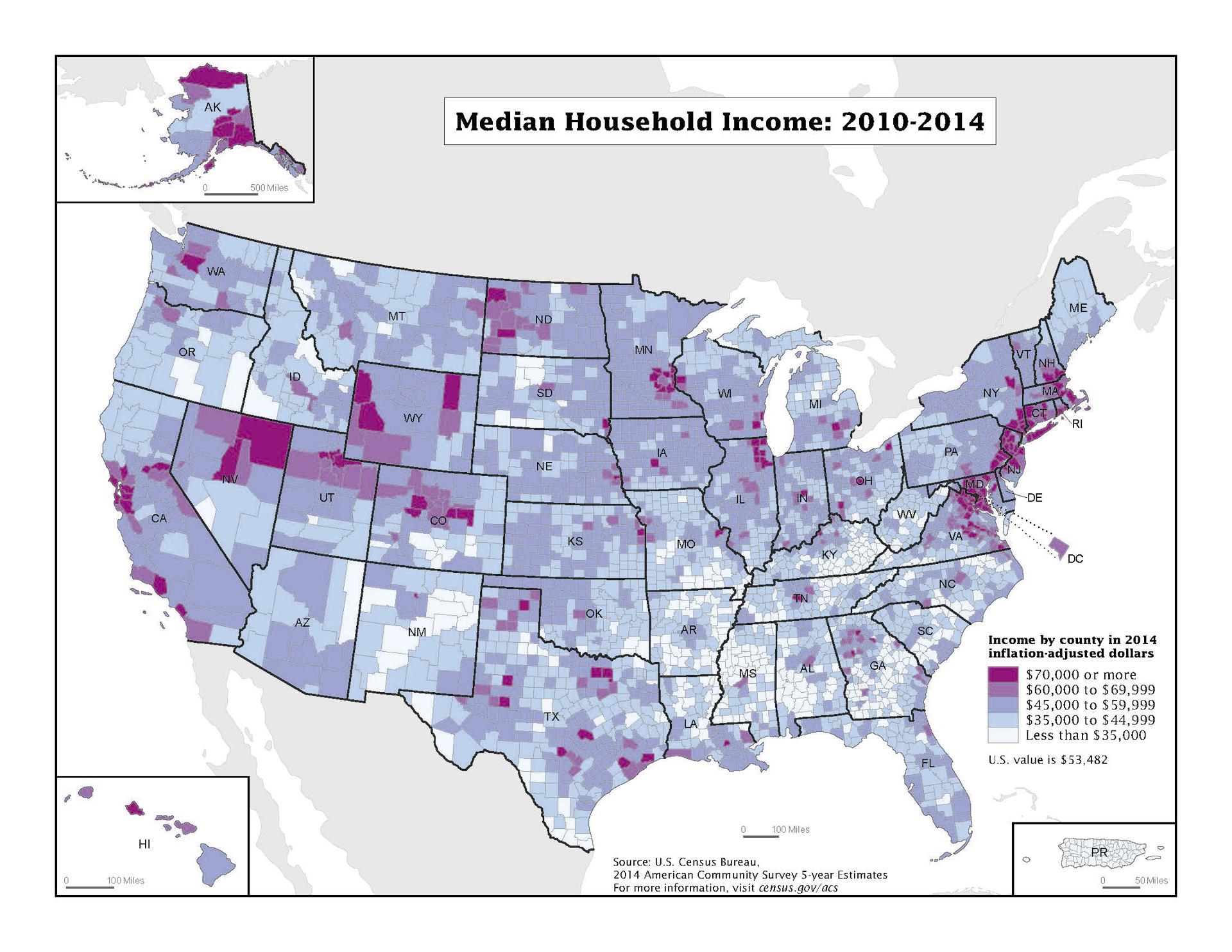 The Census Bureau released new numbers on Tuesday showing that, after a brutal economic recession and years of stagnation, real median household incomes rose from $53,718 in 2014 to $56,516 last year. That’s a 5.2 percent rise — the first statistically significant increase since 2007.

But, as NPR’s Pam Fessler notes, “the median household income was still lower than it was in 2007.”

The official poverty rate decreased to 13.5 percent for last year, a drop of 1.2 percentage points. That represents 3.5 million people who are no longer in poverty and is the largest annual percentage point drop since 1999, the Census Bureau says.

“Poverty dropped for whites, blacks and Hispanics, as well as for children and seniors,” Pam reports.

Last year, 29 million people did not have health insurance, representing 9.1 percent of the population.

Across the board, the Census Bureau’s 2015 numbers show significant signs of progress and reflect a recovering economy.

The 5.2 percent increase in median household income, in particular, was impressive — “one of the largest year-to-year increases that we’ve ever had,” Trudi Renwick of the Census Bureau said.

Income rose in every region of the country, for every age group of household head, with statistically significant increases for almost every racial group.

But as The New York Times‘ Nate Cohn points out, rural America didn’t experience the same growth as the rest of the country. The median income for people living outside of metropolitan areas dropped 2 percent, to $44,657.

The Census Bureau also looked at economic inequality, where measures did not show any statistically significant changes.

In some Latin American countries – being Native American is a definite negative. Discrimination, such as that experienced by Native American people in Southern Mexico is common. So historically, a lot of Hispanics have run away from their Native American background (Not unlike the disappeared black folks in Mexico). So this is interesting…

It had taken her more than 30 years — plus research and genetic testing — to discover her ties to the indigenous Taínos of Puerto Rico, to claim her identity and re-learn what she thought she knew of her history.

Some attribute the increase to immigration from parts of North and South America where there are large indigenous populations. In some cases, it’s because of recently discovered ties to native cultures.

Growing up in the Bronx, New York, and spending summers in Puerto Rico, Maynard said she had no words to identify who she was. She just felt “different.”

“It is one thing to know that you have indigenous blood,” Maynard said. “And I have always known it. I look at the faces of my mother and grandmother, and that reality is undeniable.”

But Maynard had long been taught that Taíno Indians, the indigenous people of Puerto Rico, were “gone, dead and buried” for centuries, decimated by Spaniards who arrived on the island in the 16th century.

“Why would you question what you have always been taught and what was considered as common knowledge?” she asked.

Still, 14 years ago, Maynard founded the Puerto Rican Folkloric Dance & Cultural Center in Austin, Texas, to preserve the culture of indiginous Puerto Ricans. Today, Maynard gives dance and singing classes as a volunteer at the center, in addition to her full-time job as an engineer with IBM.

Four years ago, Maynard heard about the work of Dr. Juan Carlos Martinez Cruzado, a geneticist from the University of Puerto Rico. In an island-wide genetic study, he found that at least 61.1% of those surveyed had mitochondrial DNA of indigenous origin.

Cruzado’s findings eventually cast doubt upon the notion that the Taínos of Puerto Rico had been completely extinguished but suggested that they assimilated.

“When I learned about (Cruzado’s) work, my life changed,” Maynard said. “It was an awakening that the Taíno heritage was not extinct.”

The Census – “How We Became White People”

This one by the author of the blog – “Stuff White People Like“, Christian Lander –

How we became white people

I am white. I know that’s a terribly big surprise, considering that I write a blog called Stuff White People Like, but I mean it, I’m white.

I’m not attempting to assert some sort of superiority through my whiteness; quite the opposite actually. Thanks to my liberal upbringing, I am imbued with the appropriate amount of guilt and shame about my ancestors and their actions in the New World.

Even in my home, I can’t offer a blanket to a nonwhite friend without the fear that they will look at me and say “no smallpox on this right?” A joke, but I still want to apologize.

I’m a white male. I belong to a group that pretty much always been able to own land and to vote. I’m more or less from the kind that grabbed power somewhere after the fall of Rome and never let go. In other words, I’m the kind of white guy that has never experienced any real oppression.

Although I guess my ancestors technically left England because of some religious persecution and in spite of a rough boat ride and a rough first Thanksgiving, it’s safe to say it worked out pretty well. Unless you got one of those aforementioned blankets. END_OF_DOCUMENT_TOKEN_TO_BE_REPLACED

More Information On Lynching In Kentucky

The pregnant elephant of a question here is whether this man’s killing had anything to do with the right-wing crazies that have been enticed out of the woodwork by the Republicans Party and their propaganda outlet, Faux News. We have a similar circumstance in 1994 with the Murrah bombing by Timothy McVeigh in Oklahoma, fueled and abetted by the over the top hate Americans rhetoric of the very same right wing outlets and propagandists.

None dare call it… Treason.

Looks like all that ranting and raving by certain media talking heads may be having some consequences.