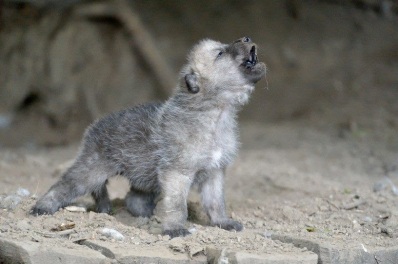 Damn, this one gives me a lot of heartburn. I really question the need to kill the animals. First off, they list among the animal they “had to put down” 6 black bears. Black bears? They are native to North America – and I dare say that in a rural area like Zanesville there is a native population of black bears living in the woods. It also wouldn’t surprise me, that if you had someone who knew where (and how) to look – that there aren’t at least a few Mountain Lion…which the cops also killed. I’ve seen Mountain Lion in the mountains and forests of West Virginia and Kentucky, and a heck of a lot of black bear – one or two not very far from the big city. I’ve also seen wolves in Wyoming and Montana, along with Grizzly. And while it can be a heart thumping experience – I have never heard of wolves attacking humans except in adventure and horror stories – although a Grizzly does consider you a nice between meal snack if he is in the mood.

So I don’t see any need to have killed the black bear, mountain lion, or wolves as “threats to the population”. Wolves will kill sheep, I don’t know why, but sheep apparently look like filet mignon coming off the grill to a wolf. However, my family raised pedigree Boxer dogs – and one of the things you never wanted to do was get them in sight of a sheep. Apparently they share the same mental wiring as wolves. And for the truly stupid out there, yes wolves are gorgeous big cuddly looking dogs… And they can be successfully domesticated if you start from puppies…But sticking your hand out to pet a wild wolf is a really bad idea.

So…That leaves the Lions, Tigers, and Monkey. You can’t convince me that in an age of night vision goggles, thermal imagers, and helicopters that there was any threat of these animals going too far. Further, in 4 hours or less – that sheriff could have had a team of 50 or more Animal Welfare, and Zoo professionals onsite armed to the teeth with tranquilizer guns. The story about the guy with the tranquilizer gun having to get 10 feet away from the lion to zap it is utter bullshit.

So is the story about having to kill the animals. This was really an unnecessary, and tragic slaughter.

Add this one to “Domestic Terrorism”.

What’s the deal this year with the number of folks voluntarily eliminating themselves from the gene pool by “accidentally” falling in the water rushing over waterfalls or getting eaten by the wildlife in National Parks? There were the three folks at Yosemite Falls, and now, at Niagra Falls. And it is not just waterfalls – it’s been the deadliest year on record for tourists at the National Parks.

I mean – the way things are going the “Spirit of the Mists”, the boat that goes near the bottom of the Niagra Falls is going to need an airbag on the top to catch the falling bodies.

It should be patently obvious nobody is swimming up the falls.

I’ve been to both Yosemite and Niagra Falls, and can tell you both are worth the trip. However, the sound and feel of the ground shaking as metric tons of water pour over the Niagra Falls ought to give anyone pause.

First time I went to Yellowstone was back when the bears still freely roamed the park in the 60’s. One of the thrills was being in a Double-Decker bus, when one of the grizzlies or smaller brown bears would stand up on his hind legs and look straight in through the window at you. Just in case you thought “Yogi” differentiated between you and any other snack food which might offer itself – they had the skin of a 10′ tall grizzly hanging in the old – Old Faithful Lodge entrance. It had been killed by a Park Ranger, and you could see the bullet holes where he first shot it 13 times with his 44-40 Winchester rifle, and then 6 more times with his pistol… After which the bear ate the Park Ranger before expiring…

Here – Police searching for a moron they did know about – found one that they didn’t know about:

An odd footnote to the sad tale of the 19-year-old student swept over Niagara Fallson Sunday. An international search team dispatched in a helicopter to look for her body in Niagara Falls Gorge instead turned up the body of an unknown male. Authorities are working to identify him, reports KTLA. Meanwhile, more details are emerging about the tragic weekend incident: The woman, presumed drowned, was an international student from Japan.

The Toronto Star talks to a witness who saw her posing on the railing for a photo moments before she fell, wearing a bright red sweatshirt and holding an umbrella. The paper notes that earlier the same day, a 27-year-old man scaled a safety wall and tumbled into Niagara River Gorge; he and a friend who went in to save him were rescued, though the man fractured his leg.