Another of the Chumph’s “Good People” arrested for multiple racially motivated murders.

Authorities say a 23-year-old white Baton Rouge man has been arrested and will be charged with murder in the fatal shootings of two black men.

Interim Police Chief Jonny Dunnam said Tuesday that Kenneth James Gleason was accused of killing a homeless man and a dishwasher. Bruce Cofield, 59, was killed last Tuesday. Two nights later, Donald Smart, 49, was fatally shot as he was walking to his job at Louie’s Cafe.

Gleason is expected to be charged with two counts of first-degree murder, officials announced Tuesday. He’s also accused of firing on a black family’s home. Gleason was led away from the police department in handcuffs just before authorities there held a news conference.

In both shootings, the gunman fired from his car, then walked up to the victims as they were lying on the ground and fired again multiple times. Neither victim had any prior relationship with Gleason. Police have said there was a “strong possibility” the shootings were racially motivated but in the press conference Tuesday didn’t detail Gleason’s alleged motive.

“Had there not been a swift conclusion in this case, I feel confident this killer probably would have killed again, and could have potentially created a tear in the fabric that holds this community together,” Dunnam said Tuesday.

A law enforcement official who spoke to the Associated Press on the condition of anonymity said a copy of an Adolf Hitler speech was found at Gleason’s home.

Officials had been searching for a red car linked to the investigation when they spotted Gleason driving the vehicle and pulled him over Saturday, East Baton Rouge Parish District Attorney Hillar Moore said in a press conference. Gleason was arrested on drug charges, but he was bailed out of jail late Sunday even though authorities considered him a “person of interest” in the murders.

Gleason was arrested again on Monday by the East Baton Rouge Parish Sheriff’s Office on a charge of stealing a book — “The Hitchhiker’s Guide to the Galaxy” — from a Baton Rouge bookstore as authorities awaited test results from the state crime lab. Those results linked DNA on shell casings found at one of the scenes to Gleason, Moore said.

The ATF’s National Integrated Ballistic Information Network determined on Friday that shell casings found at both scenes were fired from the same weapon, Moore said.

Moore said it was highly unusual for DNA to be found on spent shell casings and praised the work of local law enforcement and the quick turnaround from federal and state forensic investigators that helped them secure the arrest warrant.

Gleason is also expected to be charged by the East Baton Rouge Parish Sheriff’s Office with firing at his neighbor’s home Sept. 11. The home was occupied, but no one was injured. Moore said an African-American family lived in the home, but did not say whether he believed hate was a motive.

It’s not clear if Gleason knew the family.

Moore said Gleason “made statements” to investigators but wouldn’t detail what he said.  Moore said his office could seek the death penalty.

“It appears to be cold, calculated, planned (against) people who were unarmed and defenseless,” he said. “We don’t need to prove motive. There are a lot of things that are unanswered.”

Sgt. L’Jean McKneely, a spokesman with Baton Rouge police, told CBS affiliate WAFB detectives still believe the crimes were racially motivated, but the investigation is ongoing to determine for sure.

Authorities are still searching for the weapon used in the crime.

Posted by btx3 on September 19, 2017 in Daily Chump Disasters, Domestic terrorism, The Clown Bus, The Definition of Racism

Unless the Judge is a Trumpazoid, I can’t see this getting beyond a preliminary…

DeRay McKesson and four other Black Lives Matter leaders were named as defendants. 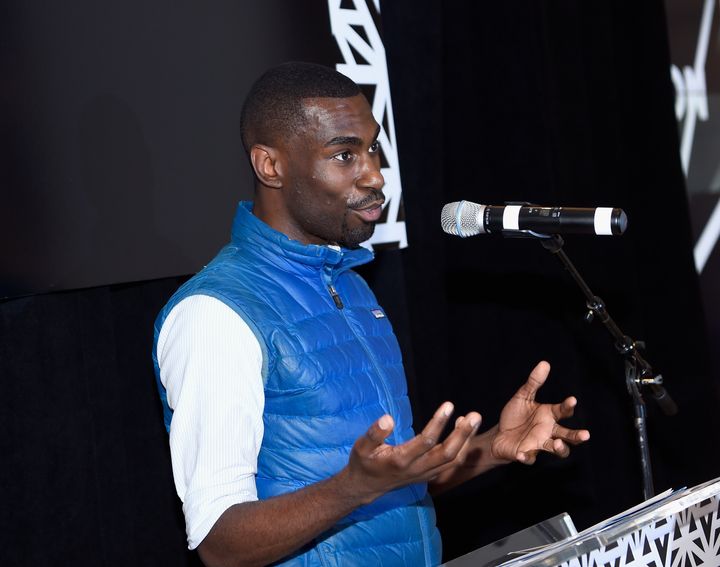 The lawsuit filed in a U.S. district court in Louisiana named DeRay McKesson and four other Black Lives Matter leaders as defendants and sought at least $75,000 in damages.

It came on the one-year anniversary of one of the deadliest days in modern U.S. history for law enforcement. On July 7, 2016, a black man angered by what he saw as deadly racial bias in U.S. policing launched a downtown Dallas sniper attack, killing five officers deployed at a protest decrying police shootings of black men.

McKesson was not immediately available for comment and Black Lives Matter leaders have denied accusations that their movement promotes violence against police.

Baton Rouge had been hit by waves of protests after two police officers earlier that month killed a black man, Alton Sterling, under questionable circumstances. The incident was caught on video and sparked national debate.

The officer wounded in Baton Rouge, who was not named in the lawsuit, was shot by “a person violently protesting against police, and which violence was caused or contributed to by the leaders of and by ‘BLACK LIVES MATTER’,” the filing said.

Gavin Long, the black gunman who killed the Baton Rouge officers and was later shot dead, identified himself as a member of an African-American offshoot of the anti-government, mostly white Sovereign Citizen Movement, documents showed. Last year, McKesson and two other activists sued the Baton Rouge police department and other officials over the arrests of nearly 200 demonstrators during mostly peaceful protests over police killings.

Posted by btx3 on July 8, 2017 in BlackLivesMatter

Another Police Killing in Baton Rouge

Here we go again. White Cops, black man – and another questionable shooting of a suspect on the ground.

Once again a Cell Phone video provides the evidence when Police Body Cams mysteriously fall off and cease functioning.

Alton Sterling shot, killed by Louisiana cops during struggle after he was selling music outside Baton Rouge store

The police gunfire sparked impassioned protests that continued past midnight outside the store — 24 hours after authorities shot Alton Sterling during a fatal 12:35 a.m. encounter. More than 100 demonstrators shouting “no justice, no peace” clogged the street, setting off fireworks and blocking an intersection to protest Sterling’s death.

The grim 48-second cell phone video of the killing outside Triple S Food Mart shows two police officers tackling and wrestling a heavy-set man in a red shirt against the hood of a car before throwing him to the pavement.

“He’s got a gun,” one officer cries while the pair pinned Sterling to the ground.

“You f—–g move, I swear to God,” the other cop yells, before the two draw their weapons. The terrified bystander turns the camera phone away as five shots ring out — two of which a coroner said struck Sterling in the chest and back.

“They shot him?” a man’s startled voice says in the video. “Yes,” a woman replies between sobs.

Officers responded to the store about 12:35 a.m. Tuesday after an anonymous caller said a man selling CDs and wearing a red shirt threatened him with a gun, said Baton Rouge Cpl. L’Jean McKneely.

In Louisiana, gun owners are allowed to carry weapons without a permit as long as they’re over 18 and not felons.

It’s unclear how Sterling obtained the weapon. His rap sheet dates back two decades with several drug, firearm, theft and assault arrests. He was sentenced to five years to prison for marijuana and weapon possession in 2009, the Advocate reported.

The owner of the store had no knowledge of an argument outside his store that led to the initial 911 call.

He later saw officers pull a gun from Sterling’s pocket after the shooting and acknowledged Sterling bought the firearm days earlier for protection after learning other disc sellers in the region had been robbed.

“He was screaming, ‘What did I do,’ ‘What’s going on,” Triple S Food Mart owner and witness Abdullah Muflahi told the Daily News.

Police confiscated the store’s surveillance footage that Muflahi said would have captured every second of the violent death outside his store.

Muflahi watched police kill Sterling, a father of three children and his friend of six years, he said. Sterling died steps from where he allowed him to peddle music daily.

“His hand was not in his pocket, nor did he have the gun in his hand,” he said, defending Sterling’s final moments.

A cop was seen on video using a stun gun on Sterling before the shooting.

Posted by btx3 on July 6, 2016 in BlackLivesMatter