Another Police Department that isn’t playing around. Kudos to Chief Jonathan Haber of Balch Springs for quick action and a no-nonsense approach. While the Department’s actions, as we have seen, certainly doesn’t guarantee a conviction – it certainly says that the Department’s Officers will be held accountable when circumstances warrant. And it builds trust with the community, such that should something happen that isn’t so clear cut, the community will support that their Police Department is dealing fairly and objectively.

This also keeps the issue local, and out of the hands of Session’s racist investigation by the now polluted and discredited DOJ, which has been directed under Sessions to defend Cop murders of black children.

Why in the world this Cop would shoot into a car full of kids, driving away, who weren’t known to have committed any crime, remains a mystery. 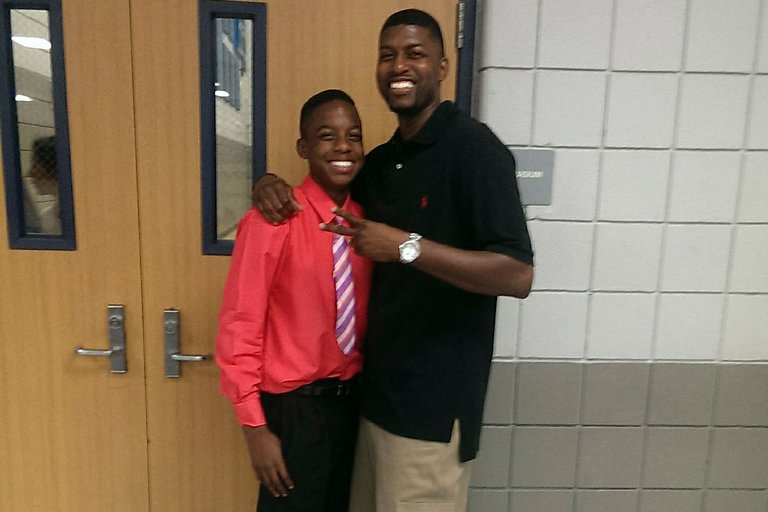 Jordan Edwards With His Father, Odell

A police officer in a Dallas suburb was charged with murder on Friday, six days after he fired his rifle into a car full of teenagers leaving a party, killing a black 15-year-old in the front passenger seat.

The Dallas County Sheriff’s Department issued a warrant on Friday for the arrest of the officer, Roy D. Oliver II, 37, the authorities said. Mr. Oliver turned himself in Friday night in Parker County, Tex., officials said.

Mr. Oliver, who was a patrol officer with the Balch Springs Police Department, responded late last Saturday to reports of underage drinking at a house party. Mr. Oliver and another officer entered the house but left after the police said they heard gunshots outside the residence.

As a car with five black teenagers inside drove away from the house, Mr. Oliver, who is white, fired his AR-15 rifle, fatally striking Jordan Edwards, a freshman at Mesquite High School, in the head, according to the police and the law firm representing the Edwards family.

The Balch Springs police chief fired Mr. Oliver on Tuesday, saying he had violated departmental policies. In the Police Department’s first account of the fatal shooting, Chief Jonathan Haber had said that the car was reversing aggressively toward the officers when Mr. Oliver opened fire. But after Chief Haber reviewed the two officers’ body cameras, he corrected that description: The car had reversed but was accelerating forward and away from the officers when Jordan was struck.

The Edwards family released a statement on Friday evening calling the arrest warrant “a bit of a reprieve in a time of intense mourning.” 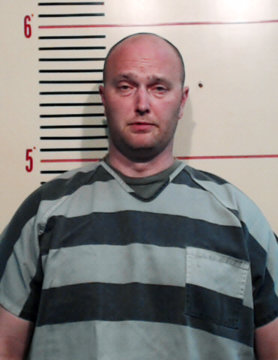 “Although we realize that there remain significant obstacles ahead on the road to justice, this action brings hope that the justice system will bend against the overwhelming weight of our frustration,” the family said.

The warrant was issued the day before Jordan’s funeral. Friends and relatives are planning to gather Saturday at Mesquite Friendship Baptist Church in nearby Mesquite, Tex. The funeral is closed to the public.

Cedric W. Davis Sr., a former mayor of Balch Springs, said the news of the murder charge would help ease tensions in the city, a working-class suburb of 25,000 east of Dallas.

“I think the benefit here is that it moved fast,” said Mr. Davis, who became Balch Springs’s first black mayor when he was elected in 2008. “The charge came quickly. In those previous cases, it took months and months,” he said, referring to other high-profile shootings of young black men by police officers across the country.

The Edwards family urged people on Friday not to protest at Jordan’s funeral. “Though we understand what his life and death mean symbolically, we are not ready to make a martyr of our son,” the family said.

Linda Oliver, Mr. Oliver’s mother, said Friday night, “We are under a hard no comment.” She said that her son is being represented by James Lane, a Fort Worth lawyer, who did not return a call or an email.

The charges against Mr. Oliver came during another week of national debate about race and police brutality and amid uncertainty over how police violence will be addressed by the Trump administration. The Justice Department under Attorney General Jeff Sessions has indicated it will move away from the aggressive efforts of the Obama administration to oversee law enforcement agencies.

Events of the past week revealed little about the department’s new direction. Federal prosectors received a guilty plea by a white police officer who fatally shot a black man in South Carolina, but the department declined to press charges against two officers involved in the fatal shooting of a black Louisiana man.

Still, the charges brought Friday by Dallas County were seen by black leaders in the region as a positive step.

Mr. Oliver became a police officer after serving as an infantryman in the Army, eventually rising to sergeant. He was deployed twice to Iraq, from October 2004 to September 2005 and again in 2009 from January to November. In an interview this week, Ms. Oliver recalled that a suicide attacker set off an explosion at a military mess tent in December 2004, killing 22 people, while Mr. Oliver happened to be away from the base.

Before he was hired by the Balch Springs Police Department, Mr. Oliver worked as a police officer for about a year starting in 2010 in Dalworthington Gardens, a small town outside Fort Worth. He received no disciplinary actions or complaints during his time as an officer there, according to the city’s Department of Public Safety. He submitted his voluntary resignation in May 2011 and began officially working for Balch Springs two months later.

Mr. Oliver was reprimanded by the Balch Springs Police Department in 2013 for aggressive and unprofessional behavior while working with Dallas County prosecutors on a drunken-driving case. A prosecutor described the interactions with Mr. Oliver as “scary,” and others said Mr. Oliver was uncooperative and cursed at an assistant district attorney. Balch Springs suspended him for 16 hours and ordered him to attend anger management training.

A lawyer for the Edwards family, S. Lee Merritt, reflected this week on Mr. Oliver’s past.

“I think we see two things out of military-trained policemen,” he said. “Sometimes, you get some of the best policemen out there. They’re calm, they’ve learned to operate in the battlefield. They’ve been extensively trained, a lot more than your average officer. And at other times you have officers who are dealing with the effects of being in a war zone, the post-traumatic effects.”