There goes the Department of Justice…

Posted by btx3 on November 19, 2016 in The Definition of Racism, The New Jim Crow

It is perfectly legal for President Obama to appoint Merrick Garland as the next Supreme Court Justice, because the Senate has refused to give Garland a hearing.

Singer Barbra Streisand, a major Hillary Clinton supporter and one of Hollywood’s most outspoken leftist activists, is calling on President Obama to bypass Congress and unilaterally appoint his pick for the U.S. Supreme Court.

The Senate declined to hold hearings or votes on Judge Merrick Garland’s nomination as part of its broad “advice and consent” power. Obama nominated Garland in March to replace the late Justice Antonin Scalia.

Now that Donald Trump has won the election and is set to nominate a judge, Streisand has circulated a petition urging Obama to quickly appoint Garland to the court before Trump can be sworn in as president.

“If you are concerned about the Supreme Court, please consider going to this website and signing a petition asking President Obama to appoint Merrick Garland,” Streisand wrote in a note to her supporters. “According to The Washington Post, he has the power to do this since Congress has refused to vote, and apparently that can be considered a waiver of its rights to advise and consent. If there are 100,000 signatures, the White House must give this its consideration.”

Streisand was referencing a Washington Post column by Gregory L. Diskant published in April. It was headlined, “Obama can appoint Merrick Garland to the Supreme Court if the Senate does nothing.”

The Appointments Clause of the Constitution states that the president “shall nominate, and by and with the Advice and Consent of the Senate, shall appoint … Judges of the Supreme Court, and all other Officers of the United States.”

Like the reporting you see here? Sign up for free news alerts from WND.com, America’s independent news network.

Diskant claims the Appointments Clause actually grants two powers to the president: the power to “nominate” and the power to “appoint.” While the president must clearly seek the “Advice and Consent of the Senate,” Diskant argues, by deciding not to act and hold hearings or votes, the Senate has waived its right of advice and consent.

Somehow, Diskant claims, the Senate’s failure to act on the nomination allows the president to unilaterally appoint an individual to the court.

At the time of this report, Streisand’s petition had 107,464 signatures – more than the 100,000 required to get a response from the White House.

On several occasions, Democrats have filibustered and blocked judicial nominations made by Republican presidents. For example, in 1987, when Joe Biden served as chair of the Senate Judiciary Committee, he fought to stop confirmation of Ronald Reagan Supreme Court nominee Judge Robert Bork. Biden explained, “The framers clearly intended the Senate to serve as a check on the president and guarantee the independence of the judiciary. The Senate has an undisputed right to consider judicial philosophy.”

In August, Streisand told Australian journalist Michael Usher she would leave America if Trump won his race for the White House.

“He has no facts. I don’t know, I can’t believe it. I’m either coming to your country, if you’ll let me in, or Canada,” she said.

It remains unclear whether she will actually honor her promise to leave.

Posted by btx3 on November 17, 2016 in BlackLivesMatter, Second American Revolution

How SC Judges Could Force a Vote to Confirm

The Supreme Court requires a minimum of 6 Justices in attendance for the Court to legally hear cases. Perhaps it is time for a boycott by the Justices themselves.The result of not reaching a Quorum isn’t dismissal of the case, the case is moved onto the docket of next year’s cases to be heard. The reason this has not been used before is that it sets a dangerous precedent if used solely to delay the hearing of cases.

However – if the Court cannot meet…

How Obama’s Supreme Court Pick May Turn the Election

As such I view with great trepidation the potential selection of Nevada Republican Governor Brian Sandoval. I would find it very hard to vote for someone who put yet another Republican on the Court to potentially re-establish the 5-4 majority.Further, any decision to do so impacts the candidacy of Hillary Clinton more than Bernie Sanders worse than that of Bernie Sanders in that she has tied her campaign in close alignment with Obama’s Administration. Another Republican on the court means the support and continuation of the mass incarceration policies set forth by Bill Clinton which have devastated black low income neighborhoods, and no structural realignment of the court in any significant issue relative to the well being of Minority citizens.

I’m sorry, but I can’t see any possibility in voting for – and I’ll appropriate a Republican term here…A DINO.

President Barack Obama is considering appointing a moderate Republican to the Supreme Court, a source close to the process said on Wednesday, but leaders in the Republican-led Senate held firm to their threat to block anyone he nominates.

The source said Nevada Governor Brian Sandoval, a Republican and former federal judge, was among the possible candidates.

As governor, Sandoval has taken a traditional Republican stance in support of gun rights, but his more moderate views on social issues, such as abortion rights, could make him an attractive choice for the Democratic president.

A 52-year-old Mexican-American, Sandoval was appointed a judge by Republican George W. Bush, Obama’s predecessor, before being elected governor in 2010. He abandoned his state’s legal defense of a same-sex marriage ban before the Supreme Court declared such bans unconstitutional last year.

The Feb. 13 death of long-serving conservative Justice Antonin Scalia created a vacancy on the nine-seat court and ignited a political fight. Republicans are maneuvering to foil Obama’s ability to choose a replacement who could tilt the court to the left for the first time in decades. Scalia’s death left the court with four liberals and four conservatives.

Senate Majority Leader Mitch McConnell announced on Tuesday the Senate will not hold hearings or vote on any Supreme Court nominee until the next president takes office in January 2017, following the Nov. 8 presidential election. Republicans hope to win back the White House then.

The Senate must confirm any high court nominee, but McConnell remained unswayed even with word that Obama was considering the Republican Sandoval for the job.

“This nomination will be determined by whoever wins the presidency in the fall,” McConnell said.

Senator Chuck Grassley, chairman of the Judiciary Committee that would hold any confirmation hearings, concurred, saying, “It’s the principle, not the person.”

The White House said it was hoping for a meeting with Grassley and his committee’s top Democrat, Patrick Leahy. A McConnell aide said McConnell was trying to schedule a meeting with Obama to reiterate his opposition to any nominee…

Some liberal groups expressed alarm that Sandoval would be considered. Charles Chamberlain of the group Democracy for America called it “downright absurd” that Obama would risk his legacy by appointing “another anti-labor Republican” to an already pro-big business Supreme Court.

Sandoval opposed Obama’s healthcare law, but opted to expand his state’s Medicaid health insurance program for the poor under the measure, breaking from a number of Republican governors who refused to do so.

He expressed support for bipartisan immigration legislation that passed the Senate in 2013 before dying in the House of Representatives amid Republican opposition.

In 2013, Sandoval vetoed legislation to require background checks on all Nevada gun sales. Last year, he signed a law backed by the National Rifle Association that expanded the defenses for justifiable homicide and repealed a local ordinance that required handgun registration…Read The Rest Here… 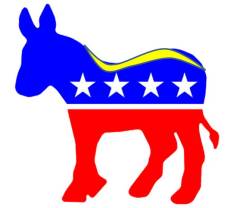 BT is rooting for Leah Sears. Be nice to have a black voice representative of the black community on the Court! 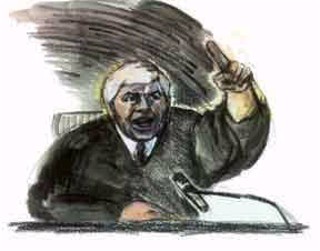 Stevens announced his retirement Friday, and the White House has said it plans to name a nominee by early next month.

There are others not on the short list whom the president might consider, including White House official Cass Sunstein, and Sen. Sheldon Whitehouse, D-R.I., is being pushed by some on Capitol Hill, sources said.

The White House denied reports that Secretary of State Hillary Clinton would be tapped as the next Supreme Court nominee, despite widespread speculation.

“The president thinks Secretary Clinton is doing an excellent job as secretary of state and wants her to remain in that position,” White House spokesman Tommy Vietor told reporters Monday.