“These were folks just riding the train and unfortunately got caught up in this.”

Two men were stabbed to death in the U.S. city of Portland on Friday when they tried to stop their attacker from harassing two women because they appeared to be Muslim, police said.

The incident unfolded on a commuter train hours before the start of Ramadan, Islam’s holy month, when most of the world’s 1.6 billion Muslims observe a religious fast.

The attack began shortly before 4:30 p.m. when a man started yelling ethnic and religious slurs toward two women who appeared to be Muslim on a MAX train at the Hollywood Transit Station, the Portland Police Department said in a statement.

Three men who intervened were stabbed, two fatally. The attacker was arrested shortly after he got off the train, police said, adding that the women left the scene before police could interview them.

“In the midst of his ranting and raving, some people approached him and appeared to try to intervene with his behavior and some of the people that he was yelling at,” Portland police spokesman Pete Simpson said during a news conference aired by local news outlets.

“They were attacked viciously by the suspect,” he added.

In a statement responding to Friday’s attack, the Council on American-Islamic Relations said that anti-Muslim incidents increased by more than 50 percent in the United States from 2015 to 2016 due in part to President Donald Trump’s focus on militant Islamist groups and anti-immigrant rhetoric.

“President Trump must speak out personally against the rising tide of Islamophobia and other forms of bigotry and racism in our nation that he has provoked through his numerous statements, policies and appointments that have negatively impacted minority communities,” said CAIR National Executive Director Nihad Awad.

The administration says that while it strongly opposes Islamist militants, it has no quarrel with Islam.

Following the attack, police said one of the men died at the scene while another died at a hospital. The third man was treated for non-life threatening injuries.

“These were folks just riding the train and unfortunately got caught up in this,” he said. Witnesses told police that the two young women were possibly Muslim. One wore a hijab. Portland police did not identify the suspect or the victims.

Posted by btx3 on May 27, 2017 in Daily Chump Disasters, Domestic terrorism, The Definition of Racism

Another Trumpazoid Hate Attack in Oregon

Acting out every day in every way.

On his way to some “pinhead reeducation” in prison…

‘Get out of America!’ Screaming racist arrested in Oregon after bashing Arab man over the head with a pipe

A man was arrested Tuesday after attacking a restaurant employee in Salem, Oregon, with a pipe and yelling, “go back to your country, terrorist” and “Arab, you need to leave asshole.” The attack is being investigated as a possible hate crime.

Jason Kendall, 52, allegedly began yelling and screaming at the employee, Portland’s KOIN 6 reported Thursday. After he was asked to leave, he returned a few minutes later and struck the victim over the head with a pipe while unleashing a stream of racist abuse, also including “get out of America.”

The altercation, in which court documents allege Kendall also threw something plastic at the victim, left the employee with a small bump on his head. Kendall told police that he saw an “evil totem” with Arabic writing on it and threw it at the victim.

Kendall also explained to the arresting officer that he saw a “Saddam Hussein looking guy” and believed a woman in the restaurant was a slave. He said he went in to tell her that she was “free to leave.”

Kendall has been charged with felony assault, unlawful use of a weapon and misdemeanor intimidation.

In a wave of incidents of hate following last year’s presidential election, Oregon led the nation in the number of incidents per capita. Oregon reported 65 hate crimes to the FBI for 2015, however, the state’s largest city – Oregon – failed to report data. In all, 12 percent of Oregon’s agencies did not file a single hate crime report for 2015. In the past six years, more than 100 Oregon agencies did not file a report for at least one year.

Across the country, there was a six percent rise in hate crimes for 2015. By far the biggest spike was seen in incidents targeting Muslims, which went up 67 percent from the previous year.

Pitiful that the Chumph KKK types are attacking defenseless people…

‘Get the f**k out’: Bigots mistake lupus patient’s head covering for hijab and smash her car window

A California woman said that she received a threatening note and her car window was smashed all because her head covering was mistaken for a Muslim hijab.

Nicki Pancholy, 41, told KNTV that she has been hiking up Mission Peak in Fremont in the name of peace for the past 49 days. And on Monday, she dedicated her hike to bringing collective harmony after a brutal election season.

But when she came down from the peak, she discovered that her car window had been smashed. A note on the hood of her car suggested that the suspect mistakenly believed that she was Muslim.

“Hijab wearing bitch this is our nation now get the f— out,” the note said.

“When I saw it, I was in shock,” Pancholy recalled. “That someone would feel so much hate to do this. I realize that this is the climate after this election. But I didn’t realize someone would be so ignorant and in so much pain to cause so much harm.”

In video of the incident posted to Facebook, she speculates that her attacker was in “pain” after the election, and she prayed for the “well being” of the suspect.

Pancholoy explained to KNTV that her ethnicity is Rajastani Indian, and that her religion is love, not Islam. She said that scarf covering her head was for sun protection because she suffers from lupus.

Pancholy’s purse and checkbook were also stolen from the vehicle. The attack is being investigated as a hate crime by East Bay Regional Park Police.

Watch the video report below from KNTV.

Posted by btx3 on November 17, 2016 in BlackLivesMatter, Second American Revolution

Just like in Arizona – people from Hate groups now have access to state legislatures through Tea Party and Republican majorities. So expect a lot of Jim Crow legislation. Further, taking advantage of legislative majorities in a number of states, there are laws all Republican state legislatures are in lockstep trying to pass. One such law is a law prohibiting the use of Sharia Law in consideration of a court case. It’s nonsense – but Republican bigots are hot to attack Moslems – and just about every other minority group with punitive legislation. It’s time to fight back, just as the Unions are doing in Wisconsin, Indiana, and several other states… 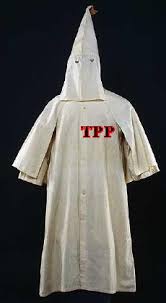 Tea Party Republican Conservatism -- The Rise of the Fourth KKK

Last week, legislators in Tennessee introduced a radical bill that would make “material support” for Islamic law punishable by 15 years in prison. The proposal marks a dramatic new step in the conservative campaign against Muslim-Americans. If passed, critics say even seemingly benign activities like re-painting the exterior of a mosque or bringing food to a potluck could be classified as a felony.

The Tennessee bill, SB 1028, didn’t come out of nowhere. Though it’s the first of its kind, the bill is part of a wave of related measures that would ban state courts from enforcing Sharia law. (A court might refer to Sharia law in child custody or prisoner rights cases.) Since early 2010, such legislation has been considered in at least 15 states. And while fears of an impending caliphate are myriad on the far-right, the surge of legislation across the country is largely due to the work of one man: David Yerushalmi, an Arizona-based white supremacist who has previously called for a “war against Islam” and tried to criminalize adherence to the Muslim faith…

Yerushalmi has suggested that Caucasians are inherently more receptive to republican forms of government than blacks—an argument that’s consistent with SANE’s mission statement, which emphasizes that “America was the handiwork of faithful Christians, mostly men, and almost entirely white.” And in an article published at the website Intellectual Conservative, Yerushalmi, who is Jewish, suggests that liberal Jews “destroy their host nations like a fatal parasite.” Unsurprisingly, then, Yerushalmi offered the lone Jewish defense of Mel Gibson, after the actor’s anti-Semitic tirade in 2006. Gibson, he wrote, was simply noting the “undeniable Jewish liberal influence on western affairs in the direction of a World State.”

Despite his racist views, Yerushalmi has been warmly received by mainstream conservatives; his work has appeared in the National Review and Andrew Breitbart’s Big Peace. He’s been lauded in the pages of the Washington Times. And in 2008, he published a paper on the perils of Sharia-compliant finance that compelled Sen. Minority Whip John Kyl (R-Ariz.) to write a letter to Securities and Exchange Commission chairman Chris Cox.