Second Officer Gets Off in Freddy Gray Death

On the surface, at least – it seems to be the same old story. I thought the “unlawful arrest” part would have won a conviction, at least for that. Which would have led to an administrative penalty. Don’t see the evidence that this guy was any more than the arresting officer. 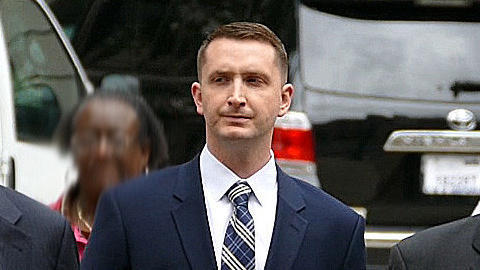 Officer in Freddie Gray case found not guilty on all counts

Officer Edward Nero of the Baltimore police department was found not guilty Monday on all counts over the arrest and subsequent death of Freddie Gray, a 25-year-old black man.

Nero had faced assault, misconduct in office and reckless endangerment charges. Prosecutors said the 30-year-old unlawfully arrested Gray without probable cause and was negligent when he didn’t buckle the prisoner into a seat belt.

Nero opted for a bench trial rather than a jury trial.

After the verdict was read, Baltimore Mayor Stephanie Rawlings-Blake released a statement saying that Nero is still expected to face an administrative review by the city’s police department. The mayor seemed to once again refer back to and warn against the violent unrest the gripped the city immediately following Gray’s death.

“We once again ask the citizens to be patient and to allow the entire process to come to a conclusion,” Rawlings-Blake said. “In the case of any disturbance in the city, we are prepared to respond. We will protect our neighborhoods, our businesses and the people of our city.”

Gray died April 19, 2015, a week after his neck was broken in the back of a police transport van while he was handcuffed and shackled but left unrestrained by a seat belt.

His death set off more than a week of protests followed by looting, rioting and arson that prompted a citywide curfew. His name became a rallying cry in the growing national conversation about the treatment of black men by police officers.

Shortly after Gray’s death, State’s Attorney Marilyn Mosby charged six officers. Three of them are black; Nero and two others are white.

Nero’s attorney argued that his client didn’t arrest Gray and that it is the police van driver’s responsibility to buckle in detainees. The defense argued that the officers who responded that day acted responsibly, and called witnesses to bolster their argument that any reasonable officer in Nero’s position would have made the same decisions.

The defense also sought to convince the judge that the department’s order requiring that all inmates be strapped in is more suggestion than rule because officers are expected to act with discretion based on the circumstances of each situation.