How Many People Have Been Shot in Your Neighborhood This Year?

Fascinating interactive graphic showing the number of gun injuries and deaths for any neighborhood in America. 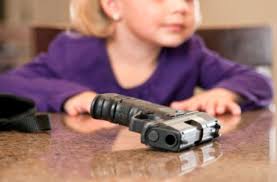 How Many People Have Been Shot in Your Neighborhood This Year?

In relentless succession, a parade of towns and cities has this year joined the ranks of American mass shooting locations. The mere mention of the places—Charleston, South Carolina; Chattanooga, Tennessee; Colorado Springs, Colorado; San Bernardino, California—evokes images made familiar at Columbine, Colorado, and Blacksburg, Virginia, and Tucson, Arizona, and Newtown, Connecticut: the police battalions rushing to respond, the shocked survivors and bereft loved ones, the eerie portraits of newly infamous killers.

But the truth is that these cities and towns and the events that now define them, however lethal they were and however large they understandably loom, constitute just a small fraction of the gun violence recorded in America during this or any year. In 2013, the most recent year for which government statistics are available, less than 2 percent of more than 33,000 gun deaths in the country were due to mass shootings. Tallies of gun-related fatalities are in turn dwarfed by totals for gun injuries. Every 12 months, more than 130,000 people are shot; many are left with devastating physical impairments and crippling health care bills.

Thanks to a nonprofit, nonpartisan project known as the Gun Violence Archive, data on gun homicides and nonfatal shootings is now available well before the federal government releases its statistics. Those data include location information that makes it possible to plot those shootings on a map showing how many have taken place in your vicinity.

Violent crime has fallen drastically since the 1990s, but guns stubbornly claim a disproportionate share of American misery, with the rate of firearms-related death largely holding steady for the past 15 years. That grim constancy has come as regulation, industry safety improvements, and public health campaigns have reduced the mortality of other products. Centers for Disease Control and Prevention tables show that in 2013, guns killed 3,428  more people than falls, 4,635 more people than alcohol, and 30,876 more people than fires. Researchers have forecast that 2015 will be the year that bullets kill more Americans than car accidents, which had long been the leading cause of injury death in the U.S… Read the rest of the article and access the map to look up tour neighborhood here…

Posted by btx3 on December 9, 2015 in American Genocide