The split between Progressives and Democrats is growing. Money is pouring into Progressive Groups to fight the Chumph and his Republican co-conspirators. But the DNC? Not so much. The throwdown in 2018 to destroy Republican majorities in the House and Senate with Progressives instead of old line Democrats is accelerating.

Hopefully, BLM has gotten a clue from this. There has never been a better time to replace some of those “Do Nothing”, Cabaret spending, black fools misrepresenting their communities on the Hill. And get some folks in with some real fire and ability to stand up for taking apart the New Jim Crow.

And they’re using what could be a revolutionary technique.

Democratic activists, revamping fundraising to support congressional candidates in the Trump era, said Friday they received a flood of grassroots donations in the 24 hours after House Republicans passed legislation to repeal huge parts of Obamacare.

The progressive groups Daily Kos, ActBlue and Swing Left said they raised a total of more than $2 million from over 45,000 donors to help defeat Republicans who voted for the GOP legislation on Thursday. ActBlue, the main online fundraising hub for progressive politics and Democratic candidates, processed a total of $4.2 million ― a huge amount this far out from an election.

The progressive website Daily Kos raised more than $1 million from over 22,000 donors. That money will support Democrats challenging 24 of the most vulnerable Republicans who voted for the Trumpcare bill.

Swing Left, a national progressive group born in the wake of January’s Women’s March, worked with Pod Save America and the Crooked Media team to raise over $800,000 from almost 20,000 donors. Those funds will target 35 vulnerable Republicans who supported the bill. ActBlue raised over $430,000 from more than 6,000 donors to target every Republican who voted for the bill.

The spontaneous flood of donations is the latest sign of increased political engagement by Democrats, shocked by their defeat in the 2016 elections. Campaigns and local Democratic parties have seen a huge jump in volunteers. Democratic candidates in special elections scattered across the country have run well ahead of normal Democratic voting percentages.

But what’s interesting about the new fundraising effort is that none of the money will go to a named candidate ― yet. All of the money raised Thursday and Friday will be plowed into what are essentially escrow funds for each individual race. After the end of the respective Democratic primaries in each congressional district, the winning candidate will get access to the funds for general election efforts against their Republican opponent.

ActBlue has allowed users to create these kinds of funds since 2008, but progressive groups have not used them on such a wide scale until this year.

“I have never seen it used in the way it was used yesterday,” ActBlue Executive Director Erin Hill told HuffPost. She added: “The grassroots are really leading where the party is going right now.”

Large fundraising efforts for declared candidates normally are difficult enough ― and they’re much harder for an unnamed future candidate. That activists are willing to pour money into these accounts to fund a future candidate is a clear demonstration of their frustration and anger at Republicans and their legislative actions.

“Americans are horrified that congressional Republicans just voted to take away their health care, and that’s kindled real anger—anger that the Daily Kos community is channeling with record-breaking donations at unheard-of speed,” David Nir, political director at Daily Kos, said in a statement.

This fundraising model provides a way for activists to make decisions outside of the national Democratic Party.

Indeed, leading Democratic Party figures have been playing catch-up with their own voters since Donald Trump won the presidency. Activists have overwhelmed local Democratic Party offices looking for volunteer opportunities. And they have heavily criticized national party organs for failing to spend money, send help or direct volunteers to special elections.

The post-Trumpcare fundraising model provides a new way for activists to show their party the direction they want to go. 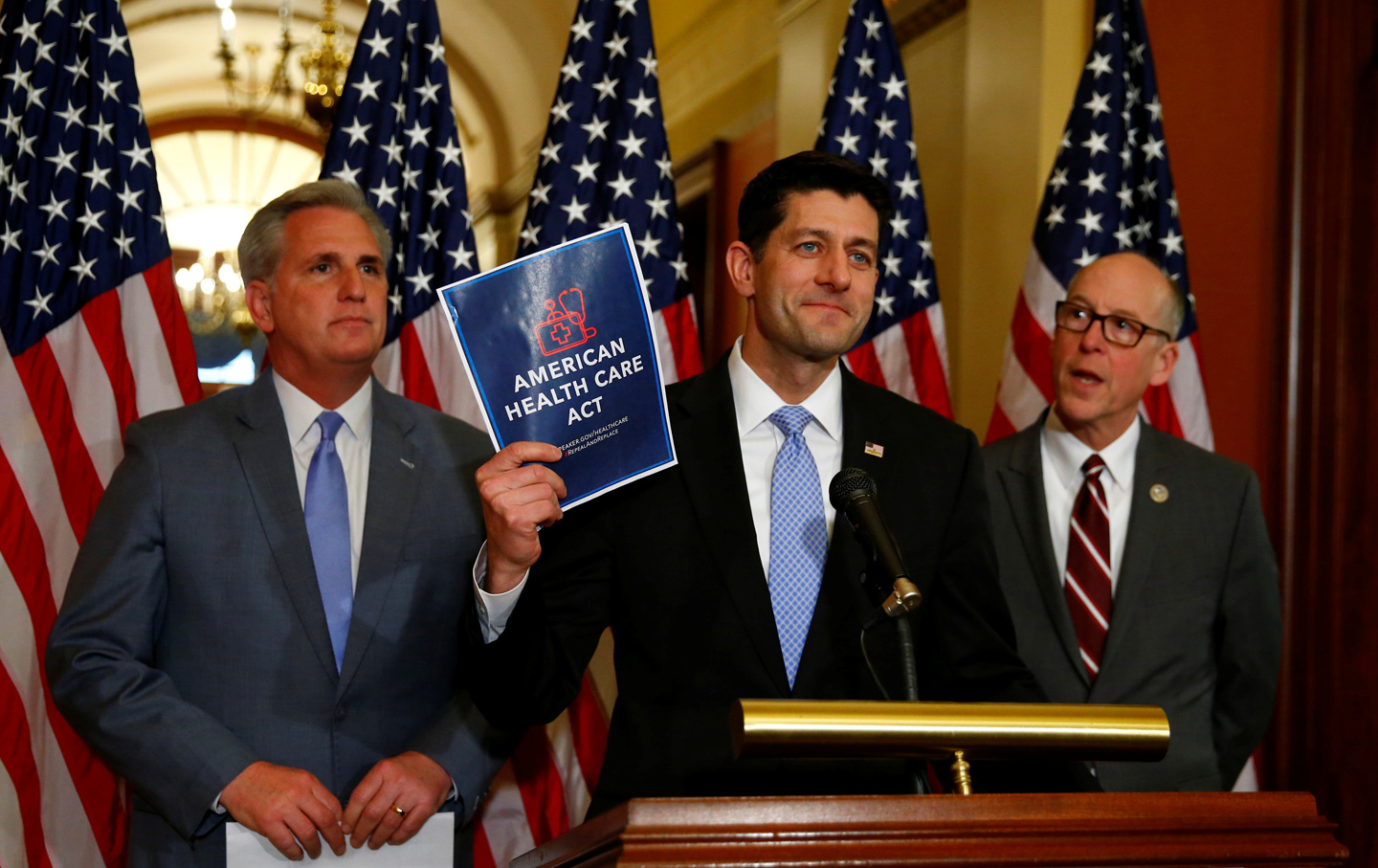 Not the Only Clowns Who Need to Go!