Not Even a Mother Could Love

How bad are white-wing Republicans?

Even their mother won’t support them.

The parents of Republican U.S. Senate candidate Kevin Nicholson have donated the maximum amount to the campaign of their son’s Democratic rival, Sen. Tammy Baldwin.

Nicholson is in a primary battle against Republican state Sen. Leah Vukmir, with the winner advancing to take on Baldwin in the fall.

Federal records show that Nicholson’s parents, Michael and Donna Nicholson, both gave $2,700 in December to Baldwin. Nicholson is a former Democrat, but his parents have a long history of donating to Democratic candidates. CNN first reported the donations to Baldwin.

Nicholson says in a statement that “My parents have a different worldview than I do, and it is not surprising that they would support a candidate like Tammy Baldwin who shares their perspective.”

Nicholson says he is a conservative by choice “not because I was born one.”

Ana Navarro Goes Off on the Racist Chumph

The Chumph want only immigrants from white countries, like Norway. What he doesn’t quite understand is folks from those countries consider America a shothole since he took over.

You got to see this to believe it!

This goes back to the “Reefer Madness days and Jim Crow, when scientific racists claimed black folks were inferior by various schemes  –

Kansas state Republican lawmaker resurrected a Jim Crow myth that African Americans are genetically predisposed to handle marijuana more poorly than other races during a speech over the weekend.

As the Garden City Telegram reported, State Rep. Steve Alford (R) told an all-white crowd that marijuana was criminalized during the prohibition era in the 1930’s primarily because of black marijuana use when asked a question by a member of the local Democratic party about potential economic boons from cannabis legalization.

“What you really need to do is go back in the ’30s, when they outlawed all types of drugs in Kansas (and) across the United States,” Alford said. “What was the reason why they did that? One of the reasons why, I hate to say it, was that the African Americans, they were basically users and they basically responded the worst off to those drugs just because of their character makeup, their genetics and that.”

As the Telegram noted in their report, Alford’s comments referenced a belief promoted by marijuana prohibitionist Harry Anslinger, the founding commissioner of the Federal Bureau of Narcotics.

“Under Anslinger’s leadership, the FBN came to be considered responsible for the Marijuana Tax Act of 1937,” the report noted, “regulating cannabis and further taxing it to the ultimate detriment of the hemp industry that was booming at the time.”

“Reefer makes darkies think they’re as good as white men,” Anslinger said once when explaining why marijuana supposedly caused crime and violence. The commissioner also fought for the prohibition of cannabis due to “its effect on the degenerate races,” the Telegram noted.

If you have never seen the film – here is a colorized version of the 1936 propaganda film “Reefer Madness”. BYO Popcorn!

Rikkie don picked the wrong black woman to talk down to!

This is called opening up a 50 gallon drum of Whoop Ass!

Ron Paul isn’t an office holder anymore, but he is a Republican Libertarian.

Here he calls for Sessions to be fired. 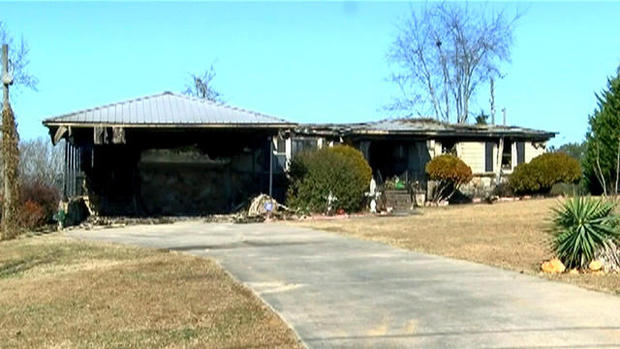