With the profligate racism of the Chumph Cartel, I don’t imagine any of them convicted and jailed is going to do too much better than your run of the mill white wing child molester… 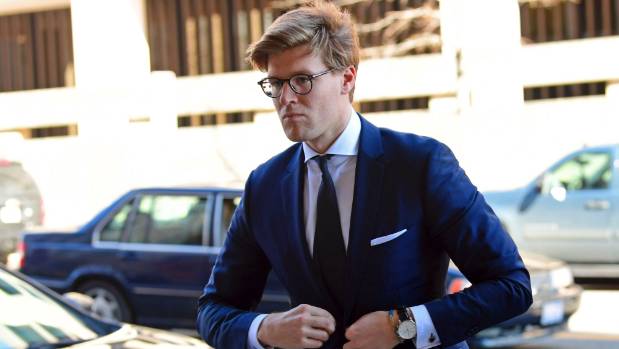 Dutch attorney gets 30 days in first sentence for Mueller probe

Alex van der Zwaan had admitted to lying to investigators.

Special counsel Robert Mueller obtained the first sentence in his high-profile investigation Tuesday, as a Dutch attorney who admitted to lying to investigators was ordered into federal custody for 30 days.

Lawyers for van der Zwaan had asked U.S. District Court Judge Amy Berman Jackson to give him a fine and pleaded with the court to let him return to his London home by August, when his wife is due to give birth.

However, the judge said some time in jail was appropriate given his offense and the fact that he is an attorney.

“We’re not talking about a traffic ticket,” she said. “This was lying to a federal officer in the course of a criminal investigation.”

In addition to the 30-day sentence, Jackson also gave van der Zwaan a $20,000 fine and two months of probation, but she said she would permit him to reclaim his passport and leave the country as soon as his month in custody is completed. It’s not immediately clear where or in what type of facility he will serve the 30 days.

Van der Zwaan was drawn into the saga in 2012 as his law firm prepared to release a report commissioned by Manafort and Gates for Ukraine’s Justice Ministry in a bid to defend then-Ukrainian President Viktor Yanukovych, who had jailed one of his most prominent political opponents, former Prime Minister Yulia Tymoshenko.

Manafort and Gates’ work on behalf of Yanukovych’s political party has drawn Mueller’s scrutiny. Gates has pleaded guilty to lying to investigators, and Manafort is awaiting trial.