Seems one escaped slave ..really escaped to a new world! 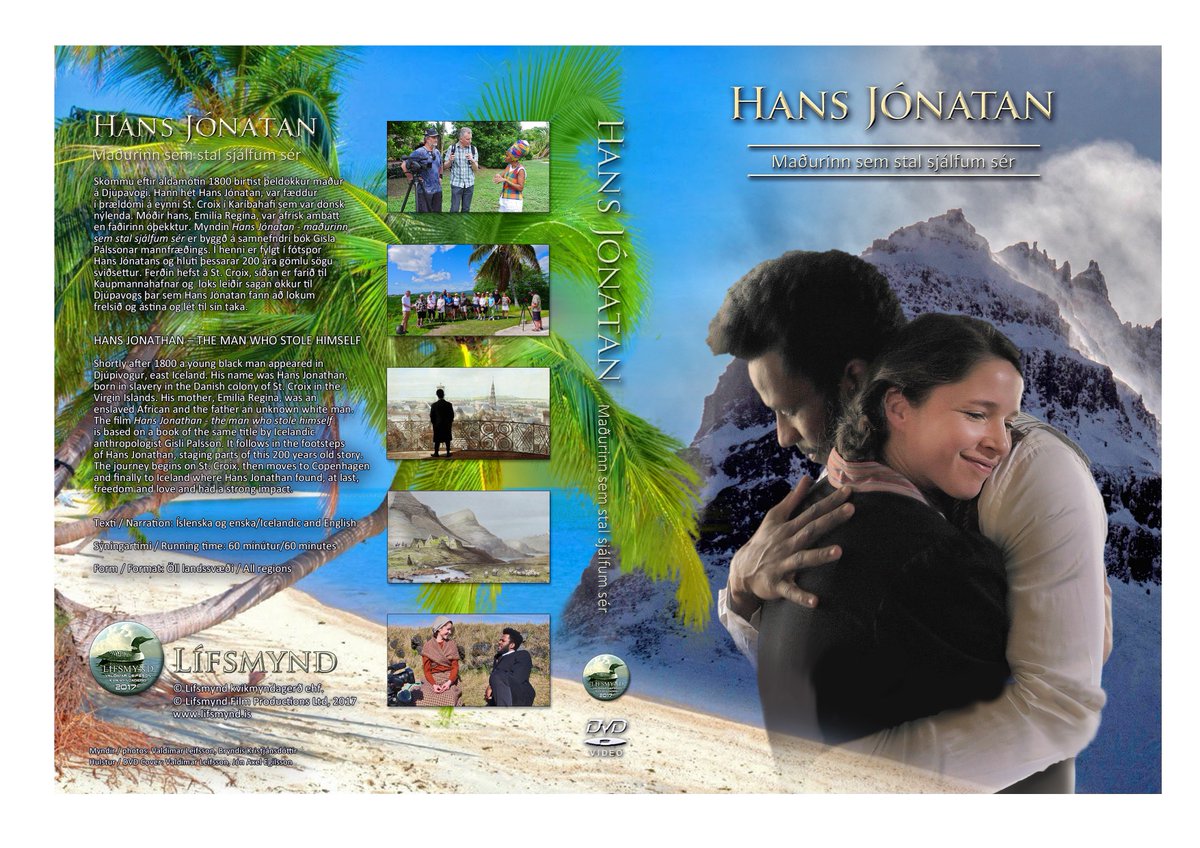 The DNA of Iceland’s First Known Black Man, Recreated from His Living Descendants

Hans Jonatan, who escaped slavery in 1802, now has hundreds of relatives in the country.

Hans Jonatan was born into slavery on a Caribbean sugar plantation, and he died in a small Icelandic fishing village. In those intervening 43 years, he fought for the Danish Navy in the Napoleonic Wars, lost a landmark case for his freedom in The General’s Widow v. the Mulatto, then somehow escaped to become a peasant farmer on the Nordic island.

A descendent of Hans Jonatan

No one knows how he got there. No one knows where in Iceland he is buried today. But the story of the first black man in Iceland, as far as it is known, has endured in local lore, passed down from his Icelandic wife and two children to hundreds of descendants since his death in 1827.

“The old East Fjords people would often say, ‘Oh, yes, you’re descended from the black man,’” one living descendant told Gísli Pálsson in his biography of Jonatan, The Man Who Stole Himself.

Today, Jonatan’s descendants mostly lack the dark skin and curly hair that so obviously marked him as the son of a black mother, an enslaved woman named Emilia Regina, and a white father, identity unknown. But bits of his DNA live on inside his great-great-great-great grandsons and granddaughters, and it is possible, scientists have now shown, to reconstruct parts of his genome from his living descendants. And with that, it is also possible to trace his mother’s ancestry in Africa.

It could only have happened in Iceland. The country’s small and genetically homogeneous population is largely descendants of settlers who arrived from Scandinavia and the British Isles a millennium ago. This, along with, detailed genealogy records tracking centuries of family relationships, have made Iceland a genetics laboratory. The biopharmaceutical company DeCODE Genetics, whose scientists helped carry out the study of Jonatan’s genome, has also analyzed DNA from more than half of Iceland’s adult population—including 182 of Jonatan’s living descendants.

Humans share some 99.5 percent of their DNA with each other, so it is in that other 0.5 percent where geneticists go looking for variations distinguishing one group from one another. In the relatively homogeneous Icelandic background, it was easy to find the African sequences. “If you’re sequencing an Icelander, you will find about one variant per million bases that is not found in any other Icelander. But you go and sequence into the African part [of the genome], you will find at least 100 variants,” says Kári Stefánsson, the CEO of DeCODE.

No single descendant carries all of Jonatan’s original genome. But each carry a small part of it. So the team stitched together sequences found in 182 different descendants to recreate 38 percent of the African half of his genome—presumably the half that came from his mother. The sequences most closely matched present-day populations in Benin, Nigeria, and Cameroon. There are few records about Jonatan’s mother, who was also born into slavery in the Caribbean, so this may be the only hint to her and her ancestors’ origins.

“It’s the writing of history with DNA, basically,” says Hannes Schroeder, an archaeologist at the University of Copenhagen who has used DNA to trace the origins of enslaved Africans. Schroeder was also a coordinator of EUROTAST, an interdisciplinary project studying the slave trade that helped fund the reconstruction of Hans Jonatan’s genome.

Jonatan’s life story was unique, and the methods used to study his DNA may prove unique, too. It would be difficult to reconstruct the genome of any single enslaved African in regions where many of them lived and their DNA mixed together in their descendants. “It’s definitely a special case because of Iceland,” says Schroeder. “The same project wouldn’t have been possible in, say, France.”

or similar reasons, it’s almost impossible to reconstruct the European half of Jonatan’s genome—the half that came from his unknown white father. Kirsten Pflomm, a descendent of Jonatan, says this is the question she hopes DNA can answer. You actually would not need to reconstruct a genome to prove Jonatan’s paternity; you would just need to obtain a DNA sample from potential fathers or their descendants for comparison. Pálsson’s biography suggests suggests Jonatan’s father could have been a secretary named Hans Gram—or Jonatan’s master, Ludvig Schimmelmann, or a certain Count Moltke.

Pflomm, who is American, lives in Copenhagen. When she moved to the city for a job, she was astonished to find that her apartment is across the street from Amaliegade 23, where Jonatan was living when he escaped to Iceland. Pflomm eventually hopes to make it to the small Icelandic fishing village where Jonatan lived out his days—by every account an upstanding citizen. “He seems like a guy I really wish I could have met,” she says.