Yeah, it was ordered by Putin in his deal with the Chumph… 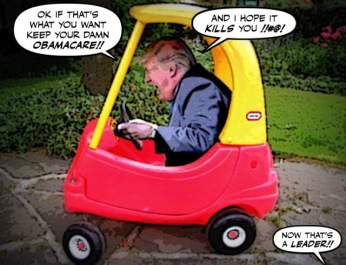 A Russian news website is reporting that a hacker has confessed to being ordered by a major general in the FSB to hack the Democratic National Committee during the 2016 presidential election — and it has links to audio of the testimony as proof.

Fortune reports that Russian website The Bell has posted links to both a written transcript and an audio recording of testimony given by Konstantin Kozlovsky, who was on trial earlier this year for his role in a hacking scheme that stole $50 million from Russian bank accounts.

During his testimony, Kozlovsky claimed that he was ordered by Russian intelligence agency FSB to attack the DNC’s servers under the direction of Dmitry Dokuchayev, a major-general in the FSB. Kozlovsky also said that the hacking was done with the explicit purpose of manipulating the American electoral process.

“Dokuchayev is himself now in prison on charges of treason, accused of passing similar information to U.S. agencies,” reports Fortune. “In other words, Dokuchayev appears to be one of the main sources for the information on which joint U.S. agencies, in a report released by the director of national intelligence in January, argued that the Russian state had directed a campaign designed to polarize public opinion and broadly discredit the campaign of Hillary Clinton.”

The publication does note, however, that it has not been able to independently verify the authenticity of the Kozlovsky testimony.