Official Pizza of the White Supremacists

Papa John’s CEO John Schnatter has certainly gotten his company in a mess of this one. The picture below is a fake. It is a photoshop put out by the neo-Nazis.

Consumer boycotts have become an effective way for us “little people” to punish egregious behavior by some corporations. A Marketer’s worst nightmare is to have their company identified with anything that destroys or harms their brand. It is bad enough when an employee does something stupid, but at least the company can take corrective action through punishing or firing the employee and distancing the company from bad actions.

With the Trump era comes a new problem. Undesirable or reprehensible groups associating their name and causes with corporate brands. Most recently, Papa John’s Pizza becoming the Pizza supplier of the alt-right and neo-Nazis. Now to be honest, the company’s association with these reprehensible groups isn’t entirely unearned. CEO John Schnatter’s foray into politics aligned with the right, has led some rather nasty groups to believe he is aligned with them. Schnatter’s outspoken opposition to the ACA, and later jumping in on the wrong side of the NFL Player protest controversy certainly didn’t earn his company, or personal image and friends.

Membership with the far-right extremists isn’t based on necessarily supporting their odious beliefs, it is often based simply on the idea that a certain person or group is “sticking it to the liberals”.

That has resulted in a 13% drop in stock price.

Now I have no idea of Mr. Schnatter’s beliefs. I would reject calling him a racist on the positions he has taken, however his company is being hammered by “guilt by association” even though there is little to no evidence that the company in any way attempted to support or to encourage that association. Mr. Schnatter certainly is a Republican. and demonstratively supports some of the right’s “politics of race”. That is a pretty broad range of folks, and groups which have vastly different views and agendas.

Yeah, John Schnatter -it’s unfair. But you really should have seen the sharks in that cesspool before you stuck your foot in. Politics always leads to “association”, quite often with fringe groups seeking validation, or some folks making bad assumptions. Which is why smart companies are very careful about what their brand gets attached to.

What happens when Nazis hijack your brand

The neo-Nazis were hungry. They’d spent the day in a Charlottesville courthouse testifying at the preliminary hearing of a white nationalist jailed for pepper spraying counter protesters during August’s deadly Unite the Right rally. Now, after the long drive home to Alexandria, Va., they craved pizza.

“We were going to order from the local place where we get pizza all the time, but we said no, Papa John’s is the official pizza of the alt-right now,” said Eli Mosley, the 26-year-old leader of the white separatist group Identity Evropa. “We’re just supporting the brands that support us.”

That show of support — unsolicited and unwanted by Papa John’s which Tuesday posted a tweet explicitly rejecting neo-Nazi ideas — exhibits an emerging danger to major American brands negotiating the racial politics that have cleaved the country.

It is no longer enough for companies to keep a low profile when it comes to polarizing issues involving race, brand experts say. Instead, some companiesare preemptively stating their positions, hoping to avoid being hijacked by white supremacists eager to spread their ideas into the mainstream by tying themselves to household brands, from pizzas and burgers to sneakers and cars.

“Companies need to take a public stand on issues that are affecting consumers in advance of being co-opted,” said Heide Gardner, chief diversity and inclusion officer at IPG, one of the world’s largest advertising and marketing conglomerates. “Brands need to build a certain level of sophistication around racial issues. They need to be really mindful of how charged the environment is and take pains to look at situations through a diversity lens.”

Papa John’s learned this lesson the hard way after the chain, a major NFL sponsor, found itself in the unwelcome embrace of neo-Nazi groups following a Nov. 1 call with investors that blamed disappointing pizza sales on football players’ protests against racism and police brutality.

Following the call, a neo-Nazi website hailed Papa John’s as “Seig Heil Pizza” with a photo of a pie whose pepperonis had been arranged into a swastika.

It didn’t matter that the company immediately condemned racism and all hate groups in a statement saying, “We do not want these individuals or groups to buy our pizza.” 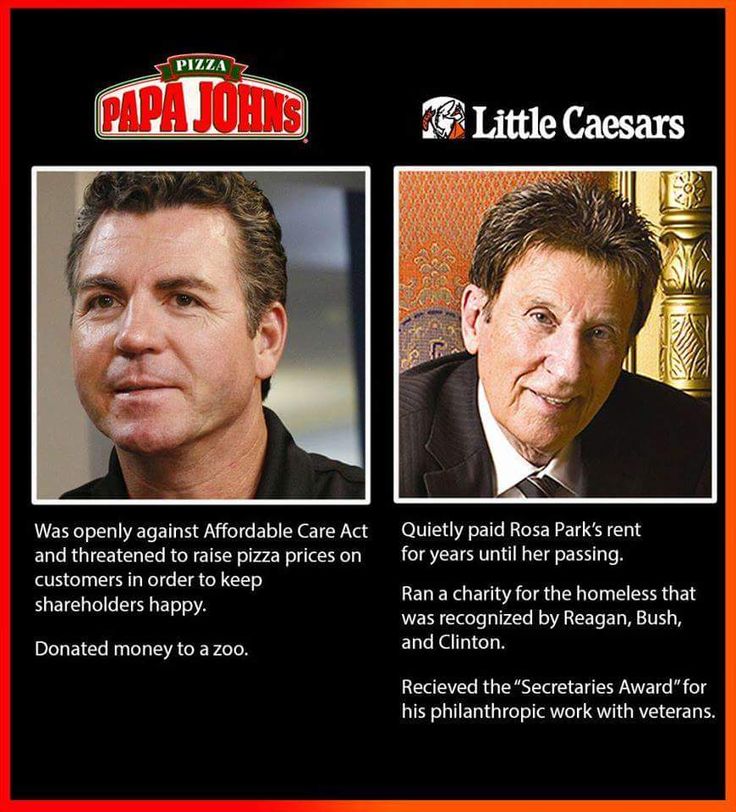 “They can signal all they want but we know,” said Mosley, praising the chief executive’s statements.

The neo-Nazis’ campaign to co-opt brands has forced companies into a familiar pattern: corporate statements disavowing white supremacy, typically followed by silence, in hopes the controversy would blow over without long-lasting damage to their image and sales.

But that approach did not work for Papa John’s, whose stock had fallen by 13 percent since the earnings call by close of business Tuesday.

That night, in a renewed attempt to disown the neo-Nazis that have attached themselves to the brand, Papa John’s tweeted an emoji of a middle finger to “those guys.” The company also apologized for CEO John Schnatter’s “divisive” comments on the earnings call and affirmed its support for NFL players protesting inequality.

“We will work with the players and league to find a positive way forward,” the company tweeted. “Open to ideas from all. Except neo-Nazis.”

A spokesman told the Post Wednesday that they wanted to be “crystal clear” about where the company stood with regard to white supremacist groups.

Other companies should take heed of Papa John’s experience, experts say. As the marketplace becomes the latest battleground for the culture wars, brand strategists are advising companies accustomed to staying out of the political fray to proactively weigh in with bold statements about race — such as Nikeand Ben & Jerry’s have done — to thwart future attempts by hate groups to adopt brands as their own.

More brands, now on edge, are also building up their crisis management teams in preparation for the next racial flare up, said Tiffany Warren, chief diversity officer at Omnicom Group, a global marketing and corporate communications holding company.

“That’s the new reality,” Warren said. “It’s not just nice to have. It’s the way of doing business now.”

Some companies were just bystanders when they were swept up in the racially charged atmosphere.

Tiki Brand, owned by Wisconsin-based Lamplight Farms Incorporated, was simply minding its business as a purveyor of Polynesian kitsch, when its bamboo torches were used by white nationalist protesters in Charlottesville.

Images of angry young white men parading through the University of Virginia campus holding the flaming torches aloft turned the product once evocative of backyard barbecues and luaus into a symbol of white supremacy.

The company declined to comment on whether it has felt any financial impact from its tarnished image.

Other companies caught the admiration of neo-Nazis after their executives voiced support for President Trump or his policies.

Pottsville, Pa.’s Yuengling, touted as “America’s oldest brewery,” became the favored beer of white nationalists after the company’s owner backed Trump in the final days of the campaign.

Andrew Anglin, founder of the Daily Stormer website, declared New Balance the “official shoes of white people” after an executive of the Boston shoe company praised Trump’s stance on trade soon after he was elected. Liberals tweeted pictures of themselves trashing or burning their New Balance sneakers.

Still other firms attracted the attention of white nationalists through branding mistakes of their own. Anglin proclaimed Wendy’s the “official burger of the neo-Nazi alt-right movement” after the fast food restaurant mistakenly tweeted a picture of Pepe the Frog, the white nationalist symbol, in the same red pigtails as the Wendy’s girl mascot.

And white supremacists celebrated when a casting call for a Cadillac commercial sought “any and all real alt-right thinkers/believers.” Cadillac said at the time it did not authorize the casting notice, but Anglin had already pounced, writing in a post titled “Yes, We are Mainstream Now” that “it was natural for a major American corporation to want someone from our movement.”…