Anybody else notice that NOAA seems to have had an extraordinarily difficult time in predicting the path of Hurricanes this year? It seems in the case of Irma and Maria the hurricanes had already hit before there was an announcement of where the storms were going.

The reason is yet another Chumph fuck up. 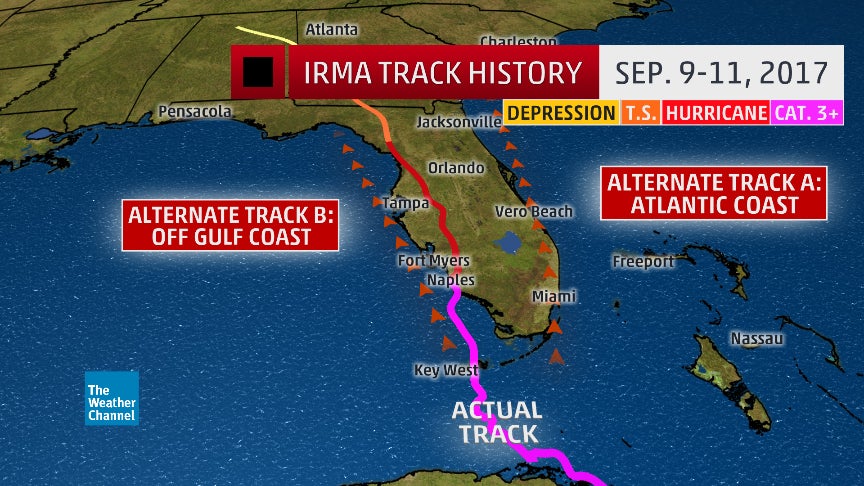 One of President Donald Trump’s first acts after taking office was to institute a hiring freeze across the federal government. That has caused serious problems for essential staff needed to handle a number of major issues, namely the National Weather Service.

According to a Washington Post report, a recently released document released by the Sierra Club after a Freedom of Information Act request, the National Weather Service had 216 vacant positions that Trump’s order prevented them from filling as hurricanes approached.

As of today, there are 248 positions that remain unfilled, and they aren’t limited to low-level staffers either.

Some of the positions were in locations that were recently hit by major hurricanes. It also includes two meteorology positions at the National Hurricane Center in Miami and these posts remain unfilled until as of mid-August.

The freeze also prevented them from hiring two meteorology positions in Jacksonville, Florida, one in Tampa, Florida and an electronics technician in Key West, all of which were hit by Hurricane Irma. The National Oceanic and Atmospheric Administration (NOAA) told The Post that the positions have since been filled.

The federal government’s staffing problem at the weather bureau has been an ongoing problem since 2010. The agency once employed more than 3,800 nonmanagerial and nonsupervisory staffers. In December 2016 that had fallen to 3,425 and as of August staffing is at 3,368. In May, the Government Accountability Office wrote that the problem was so great that employees were challenged in their ability “to complete key tasks.”

“There’s no question that the hiring freeze had an effect,” NWSEO president Dan Sobien told The Post. “But really it was the straw that broke the camel’s back.”

He went on to say, “The camel was already weighed down to the ground.”

NOAA spokesman Christopher Vaccaro admitted that the staffing problem played a key role in the decline of the agency’s ranks.

“Yes, the hiring freeze was a contributing factor” for renewing that decline, he wrote via email. However, the forecasting ability was not a problem.

“As already demonstrated during Harvey, Irma, Jose and Maria, NOAA is prepared for the hurricane season and is operating at full tempo,” Vaccaro said. “Our forecasters at NOAA’s National Hurricane Center, local Weather Service offices, and river forecast centers and elsewhere in the agency are fulfilling the agency’s mission of protecting lives and property as they issue timely and accurate forecasts.”

Prior to the storms, the National Weather Service prepared backup offices that would navigate forecasting in the event the offices in the hurricanes’ paths were unable to communicate. Vaccaro explained that the San Antonio office took over for Key West when Hurricane Irma required people evacuate. Those in Miami stepped in to help those in San Juan, Puerto Rico during Hurricane Maria.

Trump has also failed to nominate, and the Senate has failed to confirm, an official to head NOAA. He has also waited longer than any other president to fill the role.

When the GAO report was released about the staffing problem in May, it was also revealed that those at NOAA “have experienced stress, fatigue, and reduced morale.” Higher NOAA staffers made “limited information” available on the hiring requests to those leading Weather Service filed offices. As a result, managers aren’t able to “effectively plan and distribute workloads,” according to the report.

“People were literally getting sick from the workload,” Sobien, the union president, maintained.

To make matters worse, the Trump administration budget has proposed cuts to the agency’s funding, including a loss of $62 million needed to update weather models and and help the agency be better able to predict changes to hurricanes or other severe weather further out in advance.