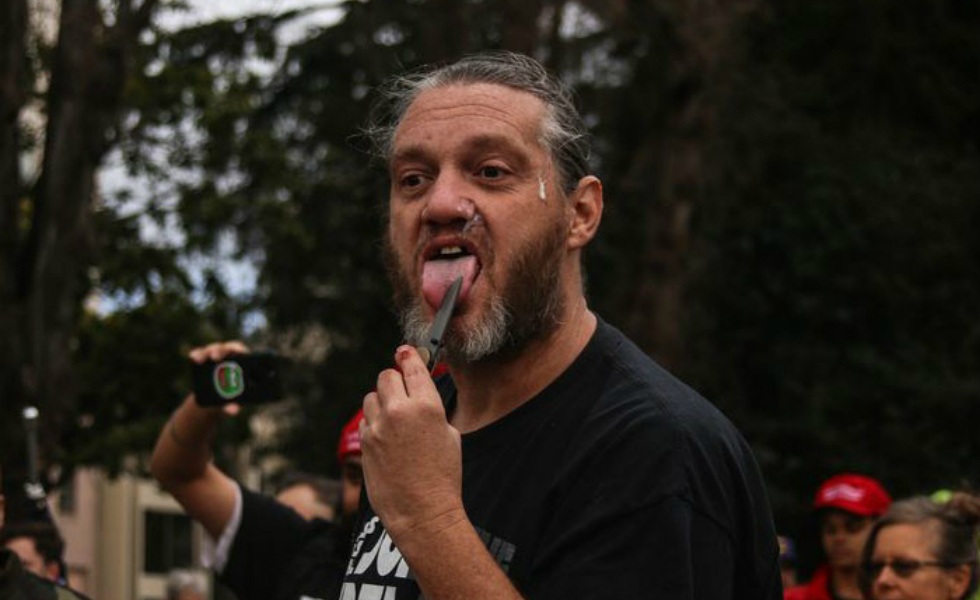 Police say an argument about sports and politics led to a fatal stabbing in Oakley on Saturday.

Phillip Wade, 38, of Antioch was arrested for allegedly stabbing 57-year-old Anthony Johnson of Pittsburg multiple times at a bus stop in Oakley on Saturday afternoon. According to police, Johnson and Wade were arguing over sports and politics on a Tri Delta Transit bus.

The argument continued after both men got off the bus on Main Street near Charles Way.

Wade then allegedly produced a knife that he used to stab Johnson multiple times. A witness passing by stopped his vehicle and pulled out a gun and told Wade to get on the ground until police arrived.

Without knowing who was who, the police took the witness and the suspect into custody, but later released the witness.

Johnson was transported to the hospital, but later died from injuries sustained in the assault.

Johnson’s brother, James Johnson, said that “Tony” was not a violent man, but that he liked to socialize a lot and was well-known in Pittsburg.

“He just talked a lot. He could talk to anybody and sometimes he would talk loud,” James Johnson said. “He socialized a lot and he talks, but he wasn’t a man to be violent like that.”

Tony’s brother said that Tony had moved from Alabama back home to Pittsburg three years ago  after his wife passed away.

Lavonda Harts, Anthony Johnson’s niece, said her uncle was passionate about life and loved to talk about sports and politics.

“He was very quick with his words and everyone always has a joke that he’s told them,” Harts said. “He left some funny jokes with anyone he ever met.”

The incident marks the third stabbing in six years for Wade.

In March of 2011, Wade stabbed 23-year-old Justin Garza in the Brentwood BART park-and-ride after an argument on the train carried into the parking lot. Garza survived the incident.

Then in August of 2013, Wade fatally stabbed 49-year-old Kann Cendejas, a homeless veteran, at a Chevron gas station in the 3200 block of Delta Fair Boulevard in Antioch.

Antioch police did not return calls for comment on this case, but Wade’s friend, Gabriel Desta, said he was released after a few days.

“He’s had many altercations over the years and it’s gotten more severe,” Desta said. “He was never like this before. He’s been very vocal ever since I met him, but lately he was getting paranoid. Unusually paranoid.”

According to Desta, Wade had been taking a lot of medication for seizures and started telling Desta that people were talking about him, even when the people in question were too far away to be heard.

“The other day at Mel’s Diner, he told a waitress that he would stab a group of black guys there, saying they were talking bad about him, but they weren’t talking about him,” Desta said.

Wade’s Facebook page outlines increasingly hostile statements and threats towards Muslims and African-Americans. On May 19, Wade posted a threatening racist statement concerning former president Barack Obama along with the gun emoji and the emoji of a man wearing a turban.

Desta said that Wade could be prejudiced at times, but described him as “more of a follower,” who became a “major Trump supporter.”

The victim in Saturday’s fatal stabbing was black.

On Monday, Oakley police chief Chris Thorsen said they do not believe the incident was racially motivated, but continue to investigate.