43% of Americans Want The Chumph Impeached…36% Still Support Him

Hope our Chumph supporters don’t asphyxiate themselves…Standing in that corner holding their breath waiting for it to never happen!

Virtually every single poll tracking President Donald Trump’s approval rating showed the figure plummeting Monday morning, well below the margin of error compared to the rising level of support for impeachment. The results follow Trump’s controversial decision to withdraw the United States from the Paris climate accord; the ongoing investigation into his campaign’s possible ties to the Kremlin is also a factor.

The president’s approval rating dipped from nearly 42 percent to just 36 percent over the weekend, according to a Gallup daily tracking poll published Monday. Trump’s declining popularity is inching closer toward his all-time low of 35 percent as president in March, when Gallup had the president’s approval at just 35 percent. What’s more, nearly 43 percent of American voters support the idea of beginning the official impeachment process for Trump, according to a Politico/Morning Consult poll published Wednesday.

There are slight discrepancies between several leading polls as to where the president’s approval officially stands, though each tracking poll published Monday and over the weekend seemed to show a decline in popularity following Trump’s decision on the Paris Agreement. Even right-leaning poll sites like Rasmussen Reports are indicating dips in support for the president’s job performance, reporting that as of Monday, 54 percent of the nation disapproves of Trump’s tenure as commander in chief. 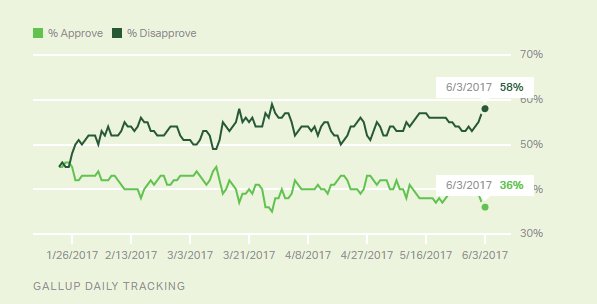 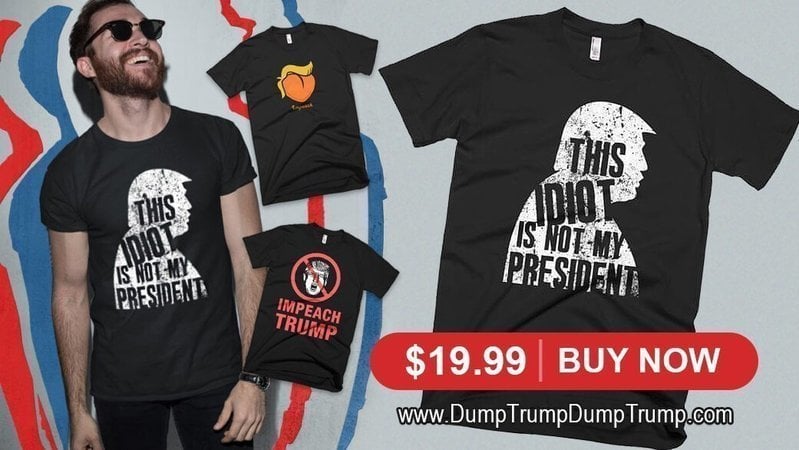