It is the only wipe which leaves you feeling dirtier than you were before using it!

Take a dump on the Trump…Indeed. 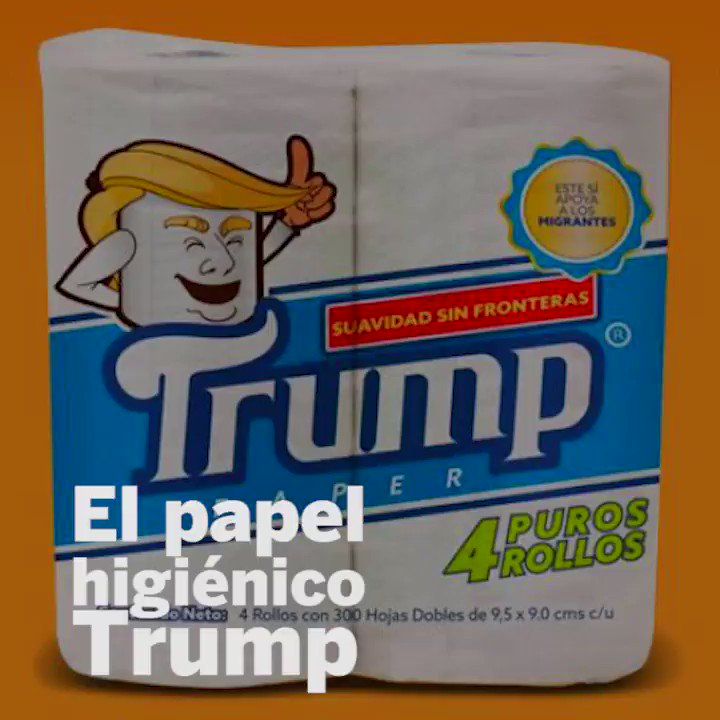 A lawyer in central Mexico is taking the fight against President Donald Trump to the toilet.

Antonio Battaglia is reportedly planning to launch a “Trump” branded toilet paper later this year — with 30 percent of the profits going toward financing programs that support migrants and Mexicans deported from the U.S.

A photograph of the prototype packaging shows a cartoon version of Trump giving a thumbs-up, alongside the slogan “softness without borders.”

The image was shared online earlier this week, and is now going viral.

Battaglia told Expansion that he was initially inspired to release a product that made a stand against Trump following the businessman’s “insulting” comments about Mexicans as he announced his candidacy for the presidency in June 2015.

“It annoyed me and I started to look for a way to do something that would have an impact,” Battaglia said. “Not in a mocking tone or as revenge, but in a positive way.”

The lawyer said he initially planned to register a clothing or shoe line under the “Trump” name. His family runs a shoe-making business. But he discovered that Mexico’s Institute of Industrial Property had already granted the trademarks to the Trump Organization.

“Then came the idea of producing a toilet paper, a product that was ironic and that would remain in the market for a good time,” said Battaglia, who is investing 400,000 pesos of his own money (about $21,400) into the project.

To his relief, he found the “Trump” trademark for “hygienic paper” had not yet been taken. According to The Associated Press, the Institute approved his trademark application for “Trump” toilet paper in October 2015.

Battaglia hopes to begin selling the paper in September, but says making money from the project is “secondary.” “What I want is that it is useful to help migrants and the deported.”

One response to “In Mexico – “Trump Toilet Paper””