What Color is Your Parachute? 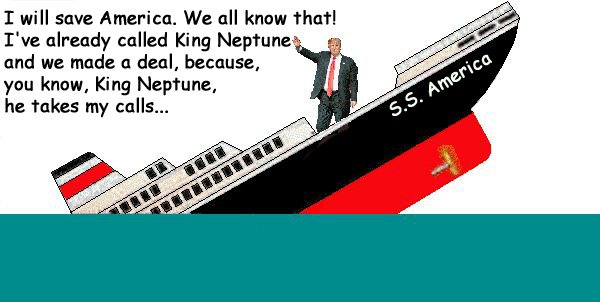 The worst job in Washington right now: Working for Trump

As Donald Trump has grown increasingly angry and frustrated with his White House staff, the beleaguered targets of his ire have a quietly roiling gripe of their own — their boss, the president himself.

Since he fired FBI Director James B. Comey, Trump has lurched through crises of his own making — from the explosive report Monday that he had revealed highly classified intelligence to Russian officials to the bombshell Tuesday thathe had urged Comey to end the federal investigation into Michael Flynn, his former national security adviser.

In his wake remain his exhausted aides and deputies, the frequent targets of Trump’s wrath as they struggle to control an uncontrollable chief executive and labor to explain away his stumbles.

Wednesday evening brought yet another challenging development for the White House, as the Justice Department announced a special counsel to investigate possible collusion between the Trump campaign and the Russian government to interfere with the 2016 presidential election.

Some White House staffers have turned to impeachment gallows humor. Other mid-level aides have started contacting consultants, shopping their résumés. And at least one senior staffer has begun privately talking to friends about what a post-White House job would look like, according to two people close the staffer… 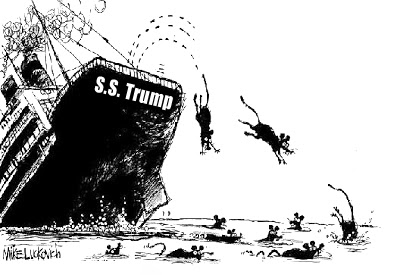 Posted by btx3 on May 18, 2017 in Daily Chump Disasters, Disaster Prep