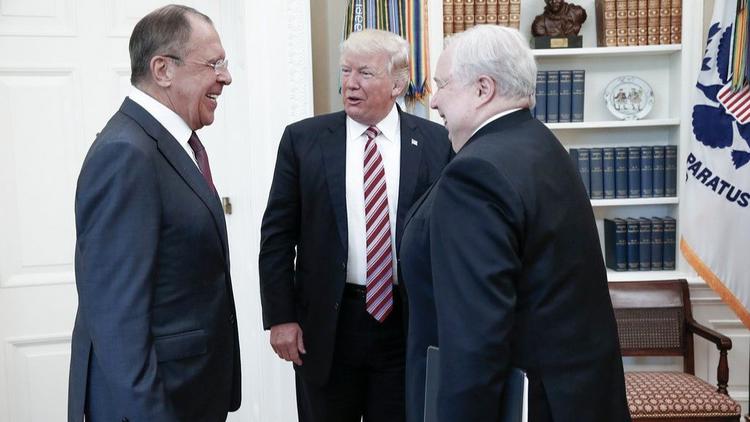 The photographs of President Trump taken by a Russian state photographer (American media were not allowed into the meeting) with the Russian foreign minister and ambassador, the day after sacking FBI Director James Comey, are more pieces of circumstantial evidence that show Trump should be investigated by a special prosecutor. (“Russia’s foreign minister has cordial talk at White House against a tumultuous backdrop,” May 10)

We know that many of the president’s men met with Russian representatives when their government was attempting to throw the election in his favor. Trump encouraged the illegal hacking by the Russians and celebrated WikiLeaks’ release of illegally obtained information. Trump officials took out of the Republican Party platform any mention of punishment of Russia for annexing Crimea. Trump praised Putin and Russia throughout the election campaign. After the election, on the very day President Obama announced sanctions against Russia, the now-disgraced former National Security Advisor Michael Flynn was on the phone with the Russian ambassador discussing the sanctions, against which Moscow did not retaliate. Jared Kushner, Trump’s top advisor, also met with the Russians.

Now, after Comey asks for more resources for his agency’s investigation, Trump fires him. The Republicans sit idly by while the U.S. government is burning, and Trump is photographed meeting in the White House with his potential co-conspirators. No wonder the photos show them laughing — the joke is on us.

We need a special prosecutor to get to the bottom of this now. If we do not, we will be living in Trump’s alternative universe, being told what to do by a dictator.