RSS
← In Just 100 Days, The Chumph Has Been Sued More than the 3 Previous Real Presidents In their Entire Terms…Combined!
Farmers Get the Shaft Under Chumph’s Immigration →

France’s Chumph Gets a Whuppin’!

I guess the French are whole lot smarter than your average American Red Stater.

This wasn’t just a landslide of the Chumph’s choice, the French people opened up a 55 Gallon Drum of Chateau Bordeaux whup-ass on Le Pen’s racist and far right wing politics. 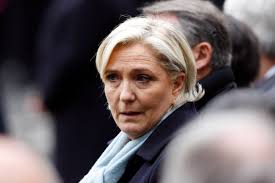 The abstention rate was 25.44 percent, the highest since the presidential election in 1969.

The interior ministry on Sunday reported a record number of blank and invalid ballots, accounting for nine percent of all registered voters, compared with two percent in the first round.

Together with the abstention rate, that means that one in three voters declined to choose between the two candidates.

The abstention rate was 22.23 percent for during the first round of the election on April 23, making it the first time since the 1969 election that turnout was lower in the second round than in the first.

Casting a blank ballot — traditionally used by disgruntled French voters as a protest vote — usually increases in the second round.

But this year it quadrupled, thanks in part to an unprecedented situation of neither the two mainstream left-leaning or right-leaning parties making it to the run-off.

← In Just 100 Days, The Chumph Has Been Sued More than the 3 Previous Real Presidents In their Entire Terms…Combined!
Farmers Get the Shaft Under Chumph’s Immigration →