AG Jeff Sessions just ordered the DOJ to “play nice” in investigating evidence of Police criminality. Setting up a system of holding Police Departments to a lower level of accountability than your average criminal. Just another racist POS in the Trump debacle.

What Sessions is protecting is the use of the Police as a method to oppress and to deny Civil Rights to minorities, turning the law enforcement and criminal justice system back into just another tool of the New Jim Crow to prevent minority voting, to assure the school to jail pipeline runs smoothly, and to deny equal rights to minorities sunder the law.

Sessions seeks to protect the murderers of the unarmed, police abuses of power, and the overboard, and to establish the Chumph’s Police State.

“Since when did protecting civil rights take the back seat to making sure police officers don’t get their feelings hurt?” a former DOJ official says.

Attorney General Jeff Sessions has ordered a wide-ranging review of the Justice Department’s efforts to rein in rogue law enforcement agencies, putting the future of police reform in doubt.

In a March 31 “Memorandum Supporting Federal, State, Local and Tribal Law Enforcement” that was released Monday, Sessions set out several principles for the Justice Department’s posture toward local law enforcement. While local agencies should “protect and respect the civil rights of all members of the public,” the memo states, “local control and local accountability are necessary for effective local policing,” and managing non-federal law enforcement agencies “is not the responsibility of the federal government.”

The memo also stresses that the “misdeeds of individual bad actors should not impugn or undermine the legitimate and honorable work that law enforcement officers and agencies perform in keeping American communities safe.” (Sessions indicated in February that he had not read the Justice Department’s reports on Ferguson, Missouri, and Baltimore but that he believed they were based on anecdotes and not well supported.)

The Sessions memo orders a review of “existing or contemplated consent decrees” to make sure they comply with the goals laid out in the memo.

Even before his confirmation, Sessions had indicated he was skeptical of the Civil Rights Division’s pattern-and-practice investigations, which focus on widespread constitutional abuses rather than individual incidents. The Trump administration more broadly has sought to portray itself as friendly to law enforcement.

In seeking to comply with Session’s memo, Justice Department lawyers sought Monday to delay a hearing on the ongoing case in Baltimore. They requested time as they evaluate whether the consent decree under consideration in Baltimore would “advance the safety and protection of the public, promote officer safety and morale, protect and respect the civil rights of all members of the public, respect local control of law enforcement, are rooted in timely and reliable statistics on crime and criminals, and do not impede recruitment and training of officers,” as laid out in Sessions’ memo. 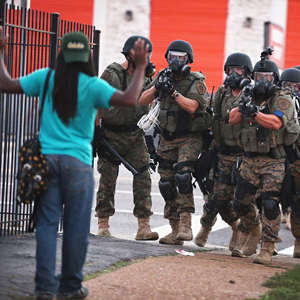 Kristen Clarke, president and executive director of the Lawyers’ Committee for Civil Rights Under Law, called the Justice Department’s request to delay the consent decree progress in Baltimore “truly shocking.”

“Attorney General Jeff Sessions is undermining and obstructing extensive efforts that have been made to promote policing reform in a small set of the most broken police departments in our country,” Clarke said in a statement. “In a 163-page report, the Justice Department laid out extensive evidence of unconstitutional policing practices including unlawful stops, searches, and arrests; racial disparities in the rates of stops, searches and arrests; and use of excessive force. The mayor, the community and the police department all support reform, and Attorney General Jeff Sessions is the obstacle standing in the way. This administration is making clear its intent to delay and obstruct federal civil rights enforcement across our country.”

Sessions’ memo also places a potential consent decree in the city of Chicago in jeopardy. A report on the Chicago Police Department released just before the end of the Obama administration found widespread constitutional abuses that had damaged the relationship between law enforcement and the community in the city, deepening the city’s public safety issues. President Donald Trump frequently brought up Chicago’s violent crime problem on the campaign trail, laying the blame for the city’s issues on former President Barack Obama.

Christy Lopez, who served as deputy chief of the Special Litigation Section of the Civil Rights Division and oversaw DOJ’s Ferguson report, told The Huffington Post that sometimes reform isn’t possible without the Justice Department’s involvement.

“These decrees create the space for innovation and reform that just doesn’t happen otherwise. So much good work has been done, and is being done, because of these decrees. It is terrible to think of all the amazing things that won’t happen in policing if the AG gets his way,” Lopez said.

Lopez, the daughter of a police officer, worked on DOJ police investigations in several cities, including Ferguson. She said she’s concerned that Sessions is “second-guessing and undoing the enforcement decisions of career staff” for “explicitly” political reasons.

“Since when did protecting civil rights take the back seat to making sure police officers don’t get their feelings hurt?” she said. “Good police officers everywhere support the work of the Civil Rights Division. They know this is a giant step backwards for our country.”

Posted by btx3 on April 4, 2017 in BlackLivesMatter, Daily Chump Disasters