Looks like the MSM has been suckered again, with the purported “leak” of tow pages of the Chumnph’s 2005 Tax Return.

One – there is no way to know if the purported return is real, and not something the Chumph made up for the press.

And Two – There is no way to know if the year that the Chumph “leaked” isn’t an anomaly, released to show the Chumph in the best light.

Ergo – it is probably nothing more then Chumph propaganda. 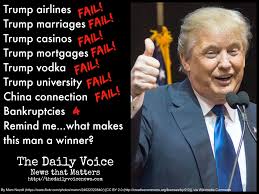 Pulitzer Prize-winning journalist David Cay Johnston says he received two pages from the 2005 document in the mail from an unknown source.

Pulitzer Prize-winning journalist David Cay Johnston suggested Tuesday night on MSNBC’s “The Rachel Maddow Show” that President Donald Trump himself may have been the unknown source who sent two pages of his 2005 tax return to the journalist.

“It came in the mail over the transom,” Johnston told Maddow, following the host’s roughly 25-minute build-up before discussing the documents in detail. “There is absolutely nothing improper about journalists — if you haven’t solicited something — getting it over the transom. Let me point out, it’s entirely possible that Donald sent this to me. Donald Trump has, over the years, leaked all sorts of things.”

Johnston didn’t indicate he has any actual evidence Trump was the source, but he does know Trump’s tendencies well after decades of covering him. Johnston was the Atlantic City, New Jersey, bureau chief for The Philadelphia Inquirer from 1988 to 1991, charting Trump’s rise and fall in the city, and he wrote about the casino mogul in his 1992 book, Temples of Chance: How America Inc. Bought Out Murder Inc. To Win Control of the Casino Business. Johnston joined The New York Times in 1995 and later won a Pulitzer at the paper for his reporting on loopholes in the U.S. tax system.

Just weeks into Trump’s candidacy, Johnston posed 21 questions in The National Memo about the Republican’s business dealings and philanthropic claims, some of which remain unanswered given Trump’s decision to break with four decades of precedent by not disclosing his tax returns. The veteran investigative journalist reported on candidate Trump for outlets such as The Daily Beast, wrote a critical biography of him and continued to dig into his past for information relevant to his race for the White House.

When The Huffington Post interviewed the legendary reporter Wayne Barrett in March 2016 for an article on the media’s failure to vet Trump’s business record, Johnston was in the late journalist’s basement poring through old boxes of files on Trump from Barrett’s decades at The Village Voice.

“If Donald Trump were to become president, he is the first person I know of who would be in the White House in modern times with deep, continuing associations with mobsters, con artists, drug traffickers, convicted felons — gratuitously involved with these folks,” Johnston told The Huffington Post at the time. “That deserves enormous inquiry.”

Johnston also started a site last year, DCReport.org, where he posted the two pages of the document Tuesday that he discussed on Maddow’s show. The portion of Trump’s 2005 federal tax return indicates he made $150 million that year and paid $38 million in taxes.