RSS
← Top GOP Adviser Calls Trump a Traitor!
Antifa – Battling the neo-Nazi and alt-right Trolls one Dox at a Time →

Every which way but loose!

There are apparently demonstrations against the Chumph at the Super Bowl!

Protesters have put in place a plan to confront the Chumph at every turn, everywhere he goes.

If he does wind up going to the UK, a country where 1.8 Million people have signed a petition to their Parliament to keep him out – he could be facing a million Britons in the streets protesting him!

If he runs and hides at his dump in Florida, protesters line the streets.

If he goes to NYC – there are permanent installations of protesters there.

Yesterday there were demonstrations against him in London, Jakarta, and in Europe. 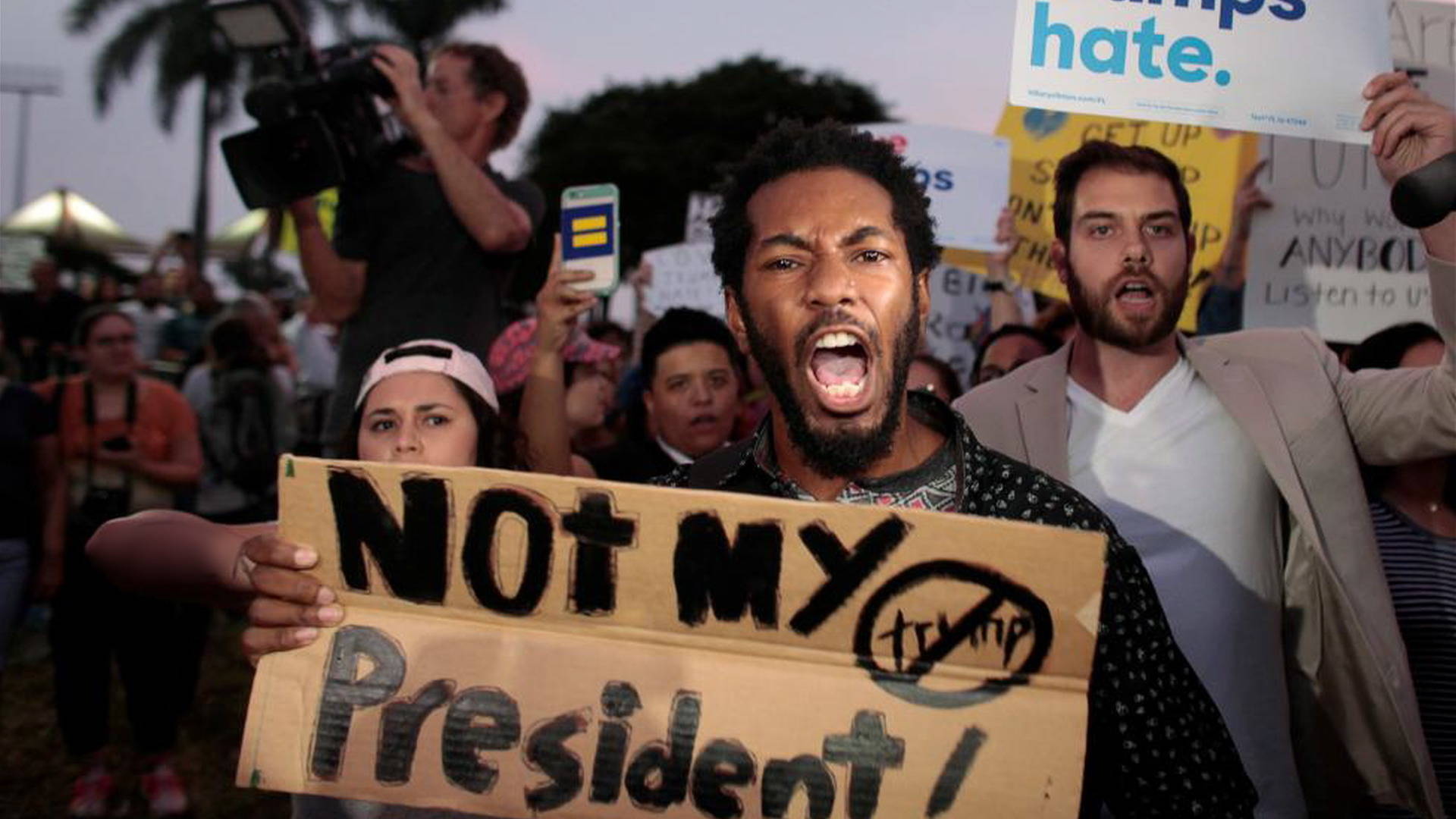 The Saturday evening march will begin at Trump Plaza, a high-rise apartment building. President Trump actually hasn’t owned the place since 1991. Fine. It still has the name. It’s a good place to start.

From there, the marchers will head south, walking along the Intracoastal Waterway that separates West Palm Beach from ritzy Palm Beach island. They’ll stop, on police orders, when they reach the bridge across from Mar-a-Lago.

And then, the plan is to wave signs and glow sticks. The hope is that they’ll be visible across the dark water and the great green lawn of the club, from up in the private apartment that is now the “winter White House.”

If Trump sees those green lights, then he’ll know that his critics have followed him home.

“He is a part-time resident here, and we want to make sure people know his values are not our values,” said Alex Newell Taylor, 34, an organizer of Saturday’s march. She said thousands are expected.

This is the reality of Trump’s honeymoon-free presidency.

Already this week, Trump — the most unpopular new president in modern times — canceled a trip to visit Harley-Davidson in Milwaukee, where local groups had planned to protest his appearance; the White House said the protests were not the reason for the cancellation.

And, around the business empire that Trump still owns, his critics treat each location as an avatar for the president.

There have been small gestures of pique: lipstick graffiti on the sign at Trump’s golf course in Los Angeles, and a plan for a mass mooning of his hotel in Chicago. There have also been more organized efforts to take time and money away from family businesses — a boycott of stores selling Ivanka Trump’s clothes and a campaign to flood Trump businesses with calls demanding that the president divest from his holdings.

A protest “gets under his skin,” said Michael Skolnik, a filmmaker and prominent liberal organizer in New York, who supports this sort of demonstration. He said he hoped that, somehow, getting under the president’s skin might turn out to be a good long-term political strategy.

“What if Trump can’t come out of bed for four days? That could happen,” Skolnik said….

← Top GOP Adviser Calls Trump a Traitor!
Antifa – Battling the neo-Nazi and alt-right Trolls one Dox at a Time →