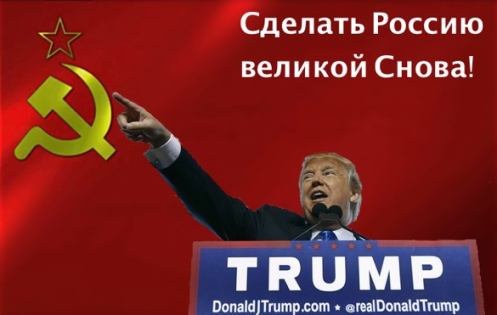 Commissar of the New Russian Satellite  State -t he US.

Donald Trump’s approval rating is at a healthy 70 percent in the former Soviet Union.

The Moscow Times  reported that Russia’s state polling agency found that 40 percent of Russians surveyed believe that Pres. Donald Trump will be a good U.S. leader — while an additional 31 percent believe that he’ll be at least “average.”

“Among Americans, Trump’s approval ratings have hit a record low, with 45% approving of Trump and 45% disapproving of him, according to Gallup,” reported Fortunemagazine‘s Zamira Rahim.

Only 4 percent of Russians believe that Trump will be a “bad” president.