This clown operates a small jail in a fairly small county…So why so many deaths?

Something stinks in Milwaukee!

This murdering POS needs to be locked up. 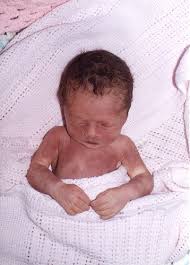 Milwaukee Sheriff David Clarke was one of Donald Trump’s most enthusiastic boosters during the presidential campaign, and he’s been rumored to be on the shortlist for a job with Trump’s administration.

However, Clarke has a major potential problem that could wind up costing him a plum position in Washington, D.C. — namely, people keep dying in the jail that he oversees.

The Milwaukee Journal Sentinel reports that a newborn infant died in the Milwaukee County Jail this past summer after a corrections officer allegedly laughed off a pregnant inmate’s pleas for help as she was giving birth.

Former inmate Shadé Swayzer claims that she didn’t get any medical attention for six hours after she first pleaded with a guard to help her as she went into labor. In fact, she says that even after she gave birth, it took the jail an additional two hours to deliver medical aid to her newborn baby, who subsequently died later in the day.

“Swayzer’s lawyer, Jason Jankowski, wrote in the notice of claim that Swayzer told a corrections officer her water broke and she was going into labor, but the officer laughed and ignored her,” the Journal Sentinel reports.

Swayzer is seeking $8.5 million in damages against the government over the incident.

Swayzer’s infant is the fourth person to die in the Milwaukee County Jail over the past eight months, including one man who died from dehydration while in custody.

One response to “Another Murder By Chumph Lawn Jockey Deppity Clarke”