Protests erupt across the country against President-elect Donald Trump

In cities and on college campuses across the U.S., protesters took to the streets, chanting, carrying signs and flags and angrily voicing their displeasure with the election of Republican Donald Trump to the presidency. 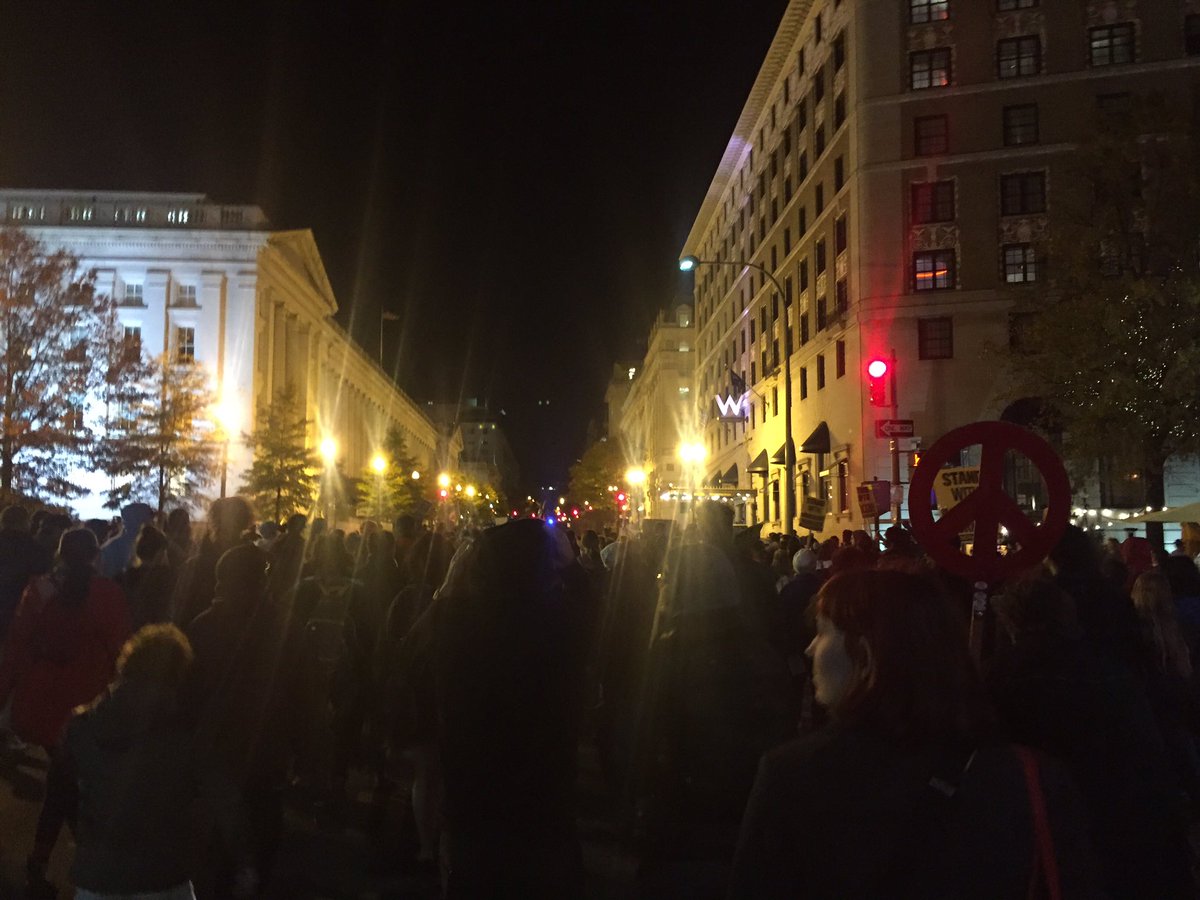 Marching on the White House

Local media outlets broadcast video Wednesday night showing a peaceful crowd in front of the downtown hotel. Many chanted “No racist USA, no Trump, no KKK.”

Another group stood outside the White House. They held candles, listened to speeches and sang songs.

In New York, over a thousand protesters marched in the streets of Manhattan and demonstrated outside Trump Tower.

One group began at Union Square, while another converged at Columbus Circle. The demonstrators then took to the streets blocking traffic as police mobilized to contain them under a light rain.

The protesters chanted “Not my president” and “hey, hey, ho, ho Donald Trump has got to go.” They held signs that read “Trump Makes America Hate” and “Don’t Lose Hope.”

Some of the protesters cursed out key battleground states that Trump had won to secure victory.

Outside Trump Tower on Fifth Avenue in midtown police installed barricades to keep the demonstrators at bay.

In Oakland, violence broke out late Tuesday night into Wednesday morning, as some demonstrators set garbage bins on fire, broke windows and sprayed graffiti at five businesses in the downtown area, police said. No arrests were made.

In Chicago, thousands marched through the Loop and gathered outside the city’s Trump Tower to express their disapproval of the election.

“No Trump” and “Not my president!” were among chants shouted by the crowd late Wednesday.

Authorities say police have been stationed outside the hotel and condominium tower since it was apparent the Republican had defeated Democrat Hillary Clinton in the presidential contest.

Chicago resident Michael Burke told the Associated Press he believes the president-elect will “divide the country and stir up hatred.” He added there was a constitutional duty not to accept that.

Posted by btx3 on November 9, 2016 in Second American Revolution

One response to “Anti Chumph Election Protests Expand Across Nation”