RSS
← Out My Front Door
How Bad are Charter Schools? →

I don’t recall at any time the NAACP holding a protest march with the marchers armed.

Despite being set upon by fire hoses, dogs, police with night sticks, and violent whites.

Kinda tells you the mentality (or lack of) of the white supremacist crowd when they have to carry their “metal manhood” to a protest march, 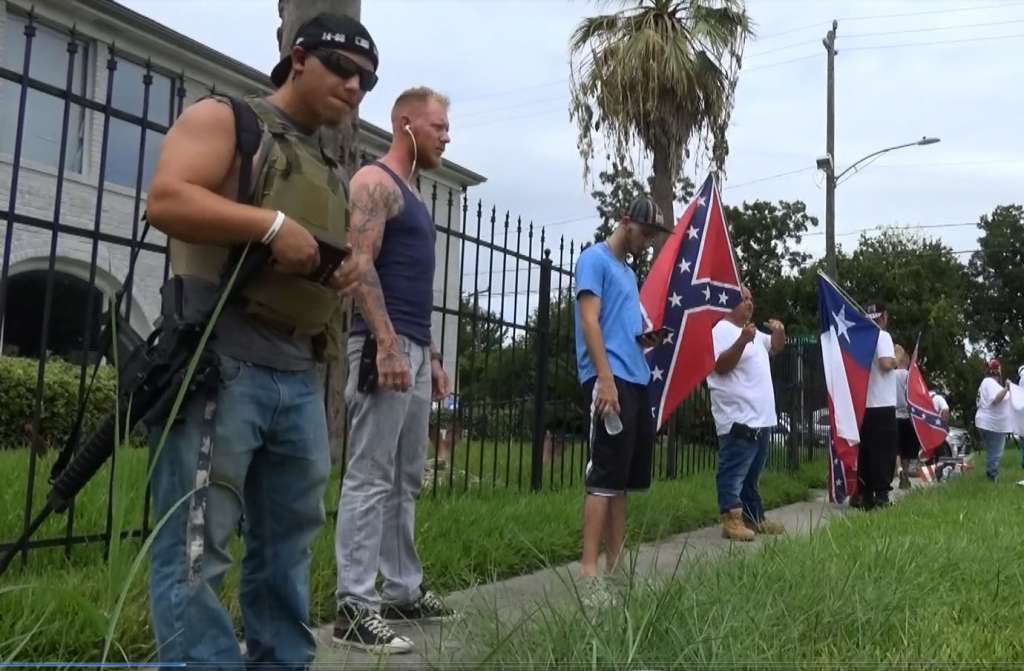 The protesters said that they wanted to voice their concerns amid popularity of the black lives matter movement. They insisted that NAACP leaders and the organization denounce the movement, which they said is responsible for riots and violence in certain cities.

One protester was holding the sign 14 Words, which is a white supremacist slogan meaning, “We must secure the existence of our people and a future for white children.” It comes from the late white supremacist David Lane, who was a member of pro-white terrorist group called The Order.

Those that live in Houston’s 3rd Ward were shocked by the protest and uncomfortable with the use of the Confederate flag. Police were on the scene to prevent any violence but Twitter users still managed to mock the protesters with disgust.

Of course the local Po-Po arrested none of the white protesters threatening with guns.

← Out My Front Door
How Bad are Charter Schools? →