RSS
← How Much to Hispanics and Black Folks Despise the Chumph?
Ostracizing the Last 5%…Black Republicans →

Businesses Voting With Their Feet to Leave Republican States

The only thing worse than Republican Stone Age fundamentalist social hate…Is the failed Republican economic beliefs trashing their states and forever leaving them on the tail end of economic development.

Unable to locally hire educated and qualified staff, unable to get qualified people who want to move there, and burdened by hateful conservative social laws and tax cuts for the rich destroying everything from the quality of life through the ability for children to get an education companies are increasingly fleeing the red states.

A Tech CEO blamed Kansas Gov. Sam Brownback and his ultra-conservative policies for his decision to move his company — and its jobs — to another state.

“It’s not so much that I’m moving the company to Missouri as I’m moving it away from Kansas,” said Jeff Blackwood, CEO of Pathfinder Health Innovations.

Blackwood, whose privately held company provides software to autism therapy centers, wrote a blistering attack of Brownback and the Republican-dominated legislature — which he said had destroyed the state’s economy with failed conservative policies.

“Kansas has become a test center of ‘trickle down’ economics, espoused by economist Arthur Laffer during the Reagan years,” Blackwood wrote in a personal post on the company’s blog. “Nowhere has there been as thorough an implementation of Laffer’s policy recommendations — and nowhere has there been as dramatic a failure of government.”

The CEO blasted an unprecedented tax cut enacted in 2012, which Brownback promised would be a “shot of adrenaline” to the state’s economy, but instead has cost Kansas jobs, revenue and its bond rating. 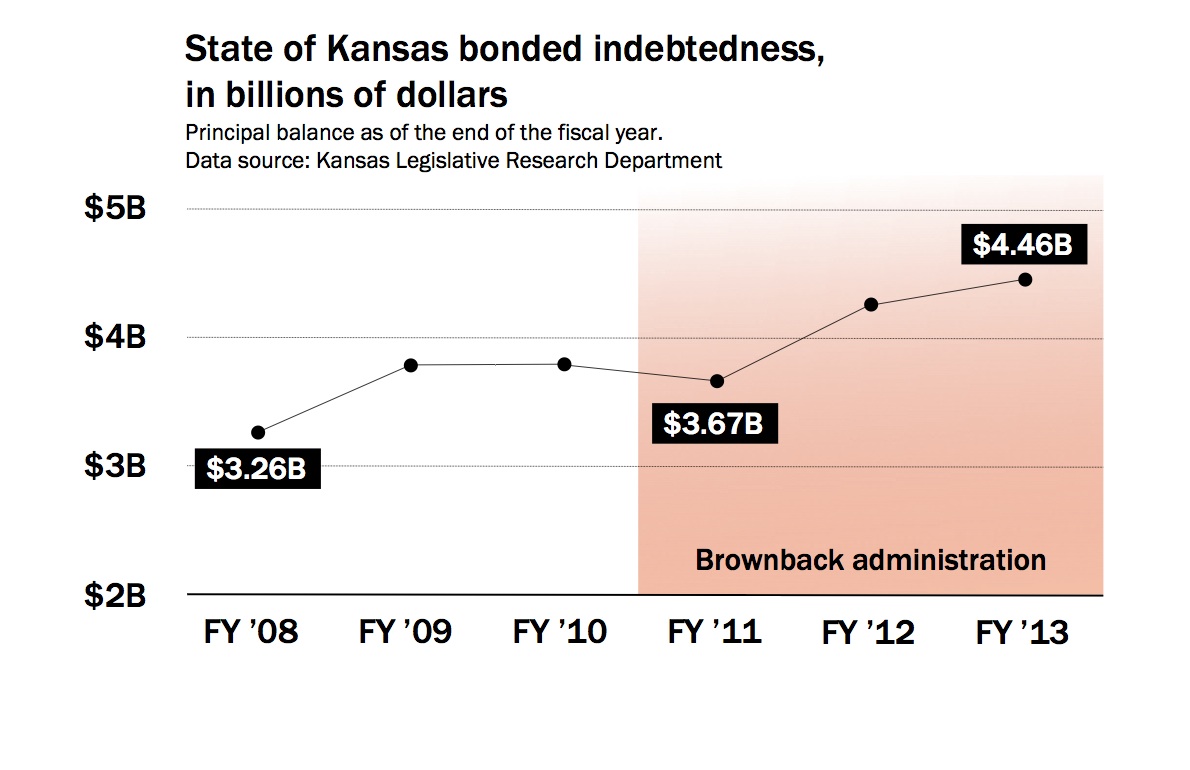 Kansas has faced budget shortfalls in 11 of the past 12 months, and its economy shrank in three of four quarters last year.

Blackwood ripped the governor for placing the burden for his mistakes on children and the developmentally disabled with cuts to education and social services.

“You’ll hear claims from Kansas officials that funding to education is at an all time high, but it’s just an accounting trick – they chose to shuffle money for special education and retirement funds through the schools so it could appear as an increase on the books,” Blackwood said.

The Republican legislature had instead focused on freezing teacher salaries, pursuing funding cuts later ruled unconstitutional and laws calling for teachers to be imprisoned for introducing “offensive” content, Blackwood said.

He accused Brownback and his GOP “cronies” of intentionally undermining public education and diverting taxpayer funds — and students — to private and religious schools.

“In the end, I believe the goals of the Brownback administration are going exactly to plan — starve the state of resources to the point where it just makes sense to turn over critical government functions to for-profit entities,” Blackwood said.

The CEO accused Brownback of turning the state’s Medicaid program, KanCare, into a cash cow for three insurance companies — which he said forced pregnant women to wait months for care and kept health care providers from being paid for their service.

Blackwood blamed the governor’s policies for the murder of a 61-year-old man by a patient improperly released from an underfunded mental health care facility and the rape of a worker at another hospital.

“I can’t, in good conscience, continue to give our tax money to a government that actively works against the needs of its citizens; a state that is systematically targeting the citizens in most need, denying them critical care and reducing their cost of life as if they’re simply a tax burden that should be ignored,” Blackwood said.

Blackwood said his decision to move Pathfinder Health Innovations, which is adding new jobs, to Kansas City, Missouri, was a matter of conscience — and a decision he hoped other business leaders would emulate.

“I believe that it is the responsibility of business owners and people with some voice in society should speak up against these destructive policies,” Blackwood said. “And I believe it is far past the time that Sam Brownback and his cronies admit the damage they’ve caused to the people of Kansas and resign in the shame they deserve.”

← How Much to Hispanics and Black Folks Despise the Chumph?
Ostracizing the Last 5%…Black Republicans →