There are now over 300 cases of pregnant women who have the Zika virus in the United States. The Senate and President Obama have approved and requested emergency funding to stem the fast growing epidemic.

House Republicans have stalled funding for over 3 months now, as more and more Americans contract the virus. 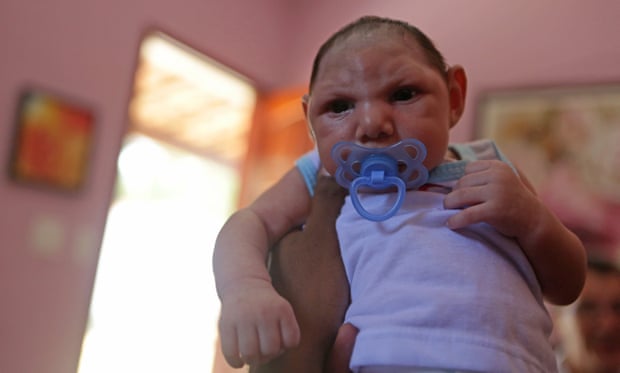 Zika virus has been linked to microcephaly in infants, a condition that causes unusually small skulls and brains, and could lead to death or disability.

How a deadly tropical virus became another Washington mess

Democrats say Republicans are risking an outbreak of Zika, a disease that threatens the developing brains of fetuses.

With nearly 300 pregnant women in the United States already infected with the Zika virus and the summer mosquito season looming after a soggy spring, Congress has yet to approve the Obama administration’s three-month old, $1.9 billion request for emergency funding.

The bipartisan response to previous public health crises, such as the 2014 Ebola outbreak and the H1N1 flu pandemic in 2009, is not evident in the months-long congressional debates about Zika, despite its huge human costs. The virus in pregnant women has been closely linked to severe brain abnormalities in fetuses.

“A disease that destroys babies’ brains in utero is everyone’s worst nightmare — I’m not sure what could be much worse than that,” said Cindy Pellegrini, a senior vice president at March of Dimes, which is lobbying for the Zika funding. “But there doesn’t seem to be a sense of urgency on Capitol Hill.”

The Zika debate is caught up in election year politics and general GOP opposition to emergency spending. But there is another huge factor at play with Zika. Many congressional Republicans say they feel burned by the Obama administration’s response to the Ebola outbreak in 2014. In hindsight, the emergency response to that crisis was overfunded, they say, and now the White House is reluctant to reallocate all of the leftover money. Congress doesn’t want to give another blank check on Zika.

“Looked at what happened with Ebola — it looks like they asked for more than they needed,” said Sen. Richard Burr (R-N.C.), who backed the Senate’s $1.1 billion deal on Zika and is perhaps the most prominent Republican defender of public health and emergency preparedness.

The Obama administration and congressional Democrats say that by refusing to put up the money, Republicans are recklessly playing with fire on a health crisis that threatens the developing brains of fetuses.

“I listen to all of the really well-meaning people talking about the rights of the unborn and here we have a health crisis that dramatically impacts the unborn,” said Democratic Sen. Claire McCaskill of Missouri. “It seems to me we should be doing a much more aggressive job of making sure the resources that our health experts say that we need are in place.”

Already, there are 157 pregnant women in the continental United States and 122 in the U.S. territories — mostly Puerto Rico — with a confirmed Zika diagnosis who risk giving birth to babies with microcephaly, a birth defect where a baby’s head is unusually small and the brain is underdeveloped, according to a CDC report issued Friday.

President Barack Obama was briefed on Zika developments Friday and warned the crisis is “something we need to take seriously.”

So far, all the cases in pregnant women in the continental United States involve women who traveled abroad or more rarely, who were infected by men who traveled to Zika hot spots. The virus is being transmitted locally by mosquitoes in the territories.

But public health experts expect that local transmission of the virus through mosquitoes will spread to the continental United States — mostly the southern states — this summer.

Posted by btx3 on May 20, 2016 in Stupid Republican Tricks, Stupid Tea Bagger Tricks