Even Chinese Are Avoiding “Made in China”

One of the problems with China’s hyper-competitive, poorly regulated manufacturing is product quality and criminal forgery. Most recently seen in America as cheap, poor quality components in Hoverboards causing the products to catch fire while recharging.The number of products containing fake ingredients, including fake food, fake and sometimes poisonous drugs, product counterfeiting on a massive scale, and childen’s toys and china plates containing toxic levels of lead, cadmium, and antimony.

The problem has gotten so bad it has spurned the development of a new retail economy, where Chinese are buying American Made goods through cutout buyers living in America and having the known safe and good quality products shipped to China. An industry which is now a $7.9 billion business and growing exponentially.

When Chinese consumers want Western goods, they turn to these U.S. intermediaries 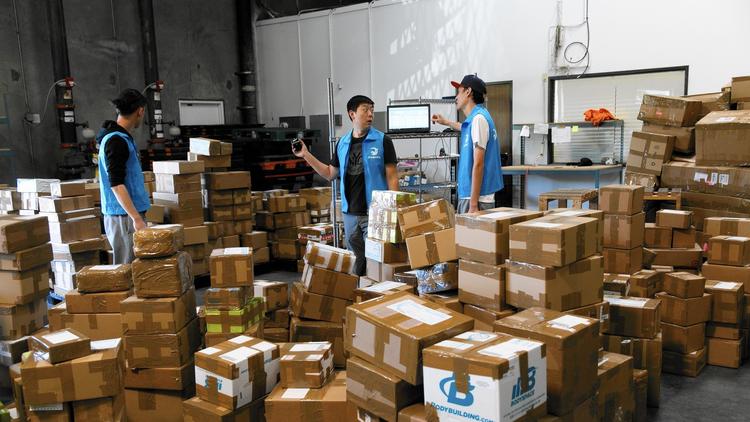 Jennifer Zhong’s phone buzzes with a message from one of her 4,000 followers on Weibo, a Chinese service similar to Twitter.

A client in China wants to buy a gold Baublebar necklace, but it’s expensive and inconvenient to order products from U.S. websites.

Zhong taps over to another Chinese social network, WeChat, to discuss the transaction, and they settle on a price: $52.

In her downtown Los Angeles apartment, Zhong flips open her laptop and finds the necklace on Baublebar’s website at the sale price of $32. When the package arrives, one of the employees of her online store, Jia Jia Buys It for You, removes the receipt, tears off the tags and repackages it for shipment to China.

Social media-fueled transactions such as these have grown so popular in China that they’ve become an industry known as daigou, a Chinese phrase that means “to buy on behalf of.”

In 2015, luxury daigou purchases were valued at up to $7.6 billion, or nearly half of China’s overall luxury purchases, according to an estimate by Bain and Co., a consulting firm that tracks consumer trends in China.

And in the San Gabriel Valley and other Chinese communities nationwide, immigrants rich and poor have embraced daigou as a way to earn a living at the intersection of the world’s largest economies, reaching for American prosperity by serving China’s wealthy.

The scandal created huge demand for overseas milk powder, which quickly became and remains one of daigou‘s most popular products. Quality control scandals for products such as toothpaste, cosmetics and medicine also have motivated Chinese consumers to shop overseas.

But daigou really began to take off in 2011, when Chinese e-commerce platforms such asTaobao gave buyers a platform to grow their business beyond their friends and family, says Charlie Gu, director of China Luxury Advisors, a company that helps high-end brands reach Chinese consumers.

Frustrated by luxury-good counterfeiters, Chinese consumers stepped up their purchases through intermediaries in the U.S., Japan, France, South Korea and other countries.

The rise of Chinese social networks such as Weibo and WeChat also facilitated the person-to-person connections that are daigou‘s lifeblood, Gu says.

And in the U.S. and Southern California, the massive influx of Chinese students at universities and colleges provided the industry with a labor force.

Some entrepreneurs open shipping businesses to facilitate the flow of goods, while Chinese students, tour guides and anyone with contacts in China earn extra income as buyers, lining up Coach purses, Prada bags, Michael Kors shoes and other luxury products that are significantly cheaper in America.

Chinese students, who typically come from middle- to upper-class families that can afford to buy goods overseas, serve as daigou agents for their personal networks. Recommendations expand their networks and increase their revenues.

The person-to-person nature of the business makes it harder for the government to crack down on daigou, which undermines domestic firms by allowing Chinese buyers to avoid higher prices and import taxes.

“The Chinese government can’t tell your friends and family not to buy things for you,” Gu says.

Zhong, 26, came to the U.S. to study at USC and noticed students using daigou to earn extra money.

“This is a business where you can’t really lose money,” she says. “It’s just a matter of how much you want to make.”… Read More Here…