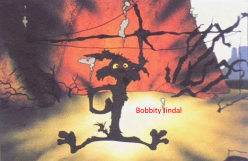 Former New York Gov. George Pataki (R) announced Tuesday that he is dropping out of the race for the 2016 Republican presidential nomination, bringing the once 17-member GOP field to 12 candidates.

Pataki, 70, who served as governor of New York from 1995 to 2006, had dismal poll numbers, struggled to raise money and failed to gain traction throughout his campaign. He never made it to the main stage during any of the Republican presidential primary debates.

Pataki was a more establishment-minded candidate among the pack of Republican presidential rivals. He supported abortion rights, gay rights and gun control.

He also took a somewhat progressive stance on climate change. “There’s no question that human CO2 emissions are contributing, in some way,” he said during an interview with ABC News in October. “And to the extent it’s consistent with a strong economy and a strong America, we should be taking steps to help the future generation deal with that.”