You hear a lot from evangelical Christians about being persecuted. Folks trying to destroy Christmas, or other “christian traditions” in America…

So why is it everywhere you look it is the so called christians doing the persecuting? 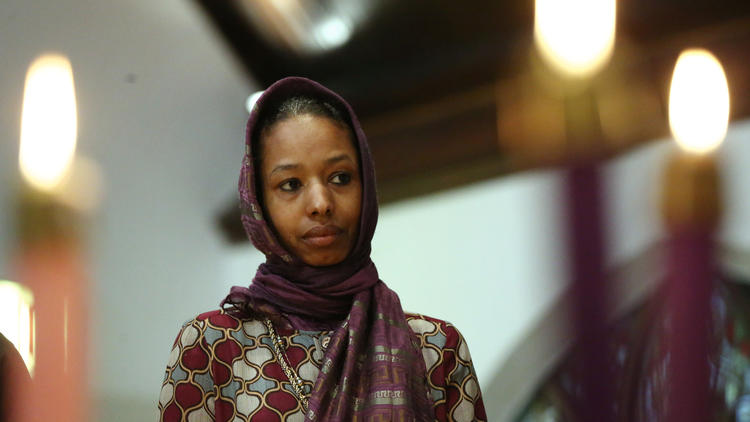 A tenured Wheaton College professor who, as part of her Christian Advent devotion, donned a traditional headscarf to show solidarity with Muslims has been placed on administrative leave, sparking protests on the west suburban campus Wednesday.

Larycia Hawkins, a political science professor at the private evangelical Christian college, announced last week that she would wear the veil to show support for Muslims who have been under greater scrutiny since mass shootings in Paris and San Bernardino, Calif.

“I stand in religious solidarity with Muslims because they, like me, a Christian, are people of the book,” she posted on Facebook. “And as Pope Francis stated last week, we worship the same God.”

But it was that explanation of her gesture that concerned some evangelical Christians, who read her statement as a conflation of Christian and Muslim theology.

“While Islam and Christianity are both monotheistic, we believe there are fundamental differences between the two faiths, including what they teach about God’s revelation to humanity, the nature of God, the path to salvation and the life of prayer,” Wheaton College said in a statement.

But on Wednesday, students in the grip of finals, filtered into the lobby of the college’s administration building to deliver a letter to President Philip Ryken and Provost Stan Jones demanding Hawkins’ reinstatement.

Wyatt Harms said supporting Hawkins, who is “unparalleled in her academics,” was a more urgent priority than studying.

“Dr. Hawkins is an essential part of the community here,” said Harms, a political science major who has taken several of Hawkins’ classes. “She’s a refuge for so many students on campus.”

Students discussed a social media campaign to support Hawkins, #ReinstateDocHawk, through which students and alumni could share their personal stories of Hawkins’ teaching or mentorship. They also mentioned an online petition that’s gathered nearly 900 signatures.

“Dr. Hawkins has and continues to be an invaluable resource to the students of Wheaton College, particularly to those of color,” the letter said. “She is known for her sharp intelligence, her challenging intellect, and her ability to encourage those around her to live an incarnational faith.”

“We believe there is nothing in Dr. Hawkins’ public statements that goes against the belief in the power and nature of God, Christ, or the Holy Spirit that the Statement of Faith deems as a necessary requirement for affiliation with Wheaton College,” the letter continued.

Clara Kent, who graduated in 2014 with a major in anthropology, relied on Hawkins as a mentor and academic adviser during her college career.

“She’s an example of love, compassion and justice,” Kent said.

Hawkins, 43, of Oak Park, planned to wear the hijab everywhere she went until Christmas, including on her flight home to Oklahoma, where voters in 2010 overwhelmingly approved a constitutional amendment banning Shariah, or Islamic law.

“In a time of real vitriolic rhetoric, by fellow Christians sometimes, and people who aren’t Christian who conflate all Muslims with terrorists — and that saddens me — this is a way of saying if all women wear the hijab we cannot discriminate,” she said in a Tribune interview. “If all women were in solidarity, who is the real Muslim? How is TSA going to decide who they really suspect?”

While Hawkins did not need to seek approval from Wheaton College, she did seek advice from the Council on American Islamic Relations, to make sure she did not offend Muslims.

Renner Larson, communications director for CAIR’s Chicago chapter, said he was intrigued by her idea when she approached him.

“There’s a lot of misconception about why women wear hijab and this idea that women are forced to wear it,” said Larson, who is not Muslim. “For a lot of people it’s a very powerful choice, especially in the United States it can be a hard, uncomfortable choice. So often women wearing hijab are the targets of attack and hatred because more than anyone else they are so immediately recognizable as Muslim.”

Wheaton administrators did not denounce Hawkins’ gesture but said as a professor at the premiere evangelical Christian college, her explanation should have been clearer.

“Wheaton College faculty and staff make a commitment to accept and model our institution’s faith foundations with integrity, compassion and theological clarity,” the college said in a statement. “As they participate in various causes, it is essential that faculty and staff engage in and speak about public issues in ways that faithfully represent the college’s evangelical Statement of Faith.”

Denny Burk, a professor of biblical studies at the Southern Baptist Theological Seminary in Louisville, Ky., said his greatest concern about Hawkins’ explanation was the lack of clarity about the particulars of Christianity. Without further explaining the nuances of her argument, she implicitly denied Christian teachings, he said.

“We’re people of the book, but our books are very different,” he said. “They’re witnessing to two different ways of salvation. The Bible is witnessing to Jesus Christ the son of God. That’s unique of all the world religions, and that uniqueness was what I thought was missing from what she said.”

But Miroslav Volf, a theology professor at Yale Divinity School and founding director of the Yale Center for Faith and Culture, praised Hawkins’ gesture as extraordinary and an apt Advent devotion.

“This is not so much about theology as it is about orthodoxy,” said Volf, who recently wrote “Flourishing,” a book about the importance of religions taking up common causes. “She has not denied any of the Christian claims that God was the holy trinity, that God was incarnate in Jesus Christ and Christ is the savior of the world who died on the cross. She has not denied any of these claims. I think in the Wheaton constituency there’s strong enmity toward Islam.”

Gene Green, a professor of the New Testament at Wheaton, said what motivated Hawkins is the same concern many faculty members at the school share about the unfair scrutiny facing the Muslim community.

“Dr. Hawkins and others want to follow the example of Jesus, who went to those who were discriminated against,” he said. “He ate with people whom others rejected. Jesus calls us to love our neighbors, and the Muslims are our neighbors.”