It now takes 19 Cops to take down a 110lb black woman! Santa Monica?

And as for Mr. Palmer…I think it’s a pretty safe assumption your local Bank Robber and thug life isn’t running around in a Toyota Prius. I mean “Excuse me officer, it’s been 40 miles – would you guys please hold on for 12 hours while I recharge the car?” 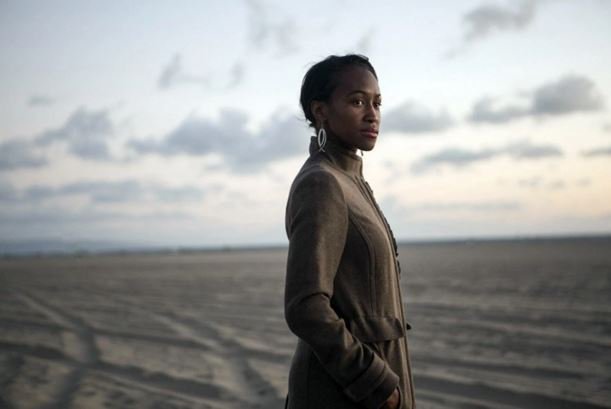 A black woman who got locked out of her Santa Monica apartment is claiming that the actions of police were racially motivated when 19 officers showed up outside her door, some pointing guns at her, in response to her neighbor’s report of a break-in.

Fay Wells, who is the vice president of strategy at a multinational corporation, penned a piece inThe Washington Post today, detailing the harrowing ordeal that took place on Sept. 6 and how she is still shaken up. She writes, “I’m heartbroken that the place I called home no longer feels safe.”

Wells had just gotten back from her weekly soccer game and found that she had locked herself out of her home, and hired a locksmith to open the door for her. But after she got inside her apartment, that’s when things escalated. A large dog was barking in her stairwell, and officers pointed guns at her. They entered her apartment, and an officer pulled Wells’ hands behind her back and took her outside. That’s when she saw an “ocean of officers.” Though Wells says that the officers at the time wouldn’t explain to her why they were there, she later found out that a total of 19 were dispatched and that her white neighbor had reported a burglary at her apartment.

It’s still been an uphill battle for Wells, who says she’s had to jump through hoops to get from the Santa Monica Police Department the names of the officers who showed up that night. Even then, the facts don’t match up. She only received 17 of the 19 names from authorities, and the Washington Post got 17 names that didn’t all match up with the list Wells received. She’s since filed an official complaint with internal affairs. The department told the Washington Post that it was within protocol based on this type of call to warrant “a very substantial police response.”

Her complaint comes just months after the Santa Monica-Venice branch of the NAACP called for an investigation into the Santa Monica Police Department after 36-year-old Justin Palmer wasarrested and pepper-sprayed by officers while he was charging his electric car at Virginia Avenue Park. Palmer said that officers told him on April 21 that the park was closed at 11 p.m. and he couldn’t be there, even though it wasn’t 11 p.m. yet. Police told him they needed his ID, and he asked why they needed it when he did nothing wrong. Palmer told KTLA that an officer threw him to the ground, his head hit the ground and he blacked out.

Authorities said Palmer “actively resisted” the arrest, but nearly two weeks later, the Santa Monica City Attorney’s Office said they would not be filing any charges against Palmer, saying it was partly because the signs at the park weren’t clear about the parking lot being subject to the park hours and “a question concerning when Mr. Palmer arrived in the parking lot and when officers made their initial contact with him.”

The NAACP said in a statement: “This act of excessive force points towards racial profiling that has become a central concern as other residents that are not African American have said they have never been approached by SMPD for charging their vehicles after 11:00 p.m. at Virginia Avenue Park.”

Palmer filed a complained against the city of Santa Monica, claiming the police used excessive force, but the city denied the claim in June. However, Justin Sanders, the attorney of Palmer, who is black, said this isn’t about race, but rather “this can happen to anybody, no matter what your station in life is.”

Wells writes that the NAACP requested info from the Santa Monica Police Department for “demographic information on all traffic, public transportation and pedestrian stops; so far, the department has promised to release a report of detailed arrest data next year.”

Posted by btx3 on November 19, 2015 in BlackLivesMatter