Mizzou President Resigns Under Pressure from Students and Staff

The president of the University of Missouri resigned Monday amid escalating protests over racist incidents on campus and how he had responded to students’ concerns.

Tim Wolfe announced Monday morning at a special meeting called by the Board of Curators, the university system’s governing body, that he would step down immediately.

Tensions were high on campus Monday — with a student on a hunger strike, others camped out in solidarity, faculty members canceling classes and members of the football team threatening to boycott the rest of the season. In the morning, the MU undergraduate student government association formally called for the removal of the university’s president….Read the Rest Here… 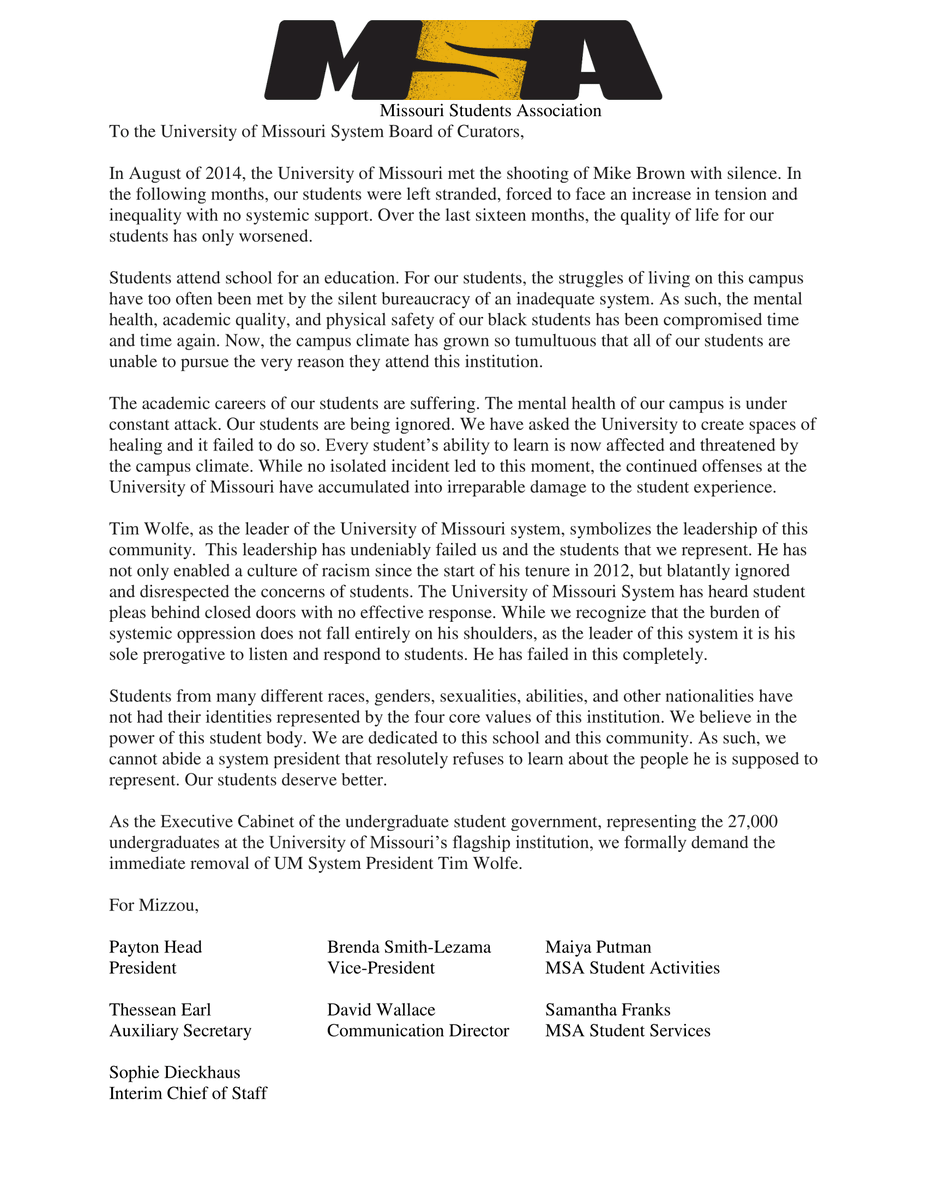 Posted by btx3 on November 9, 2015 in BlackLivesMatter, The Definition of Racism, The New Jim Crow