RSS
← Legend of 50’s Do-Wop, First of the R&B Soul Groups — The Orioles and Diz Russell
How Conservatism Makes You Stupid →

Really good article from over at “The Root”. I agree with most, if not all of what the author is saying. AllLivesMatter is nothing more than a diversion, and a denial of the basic human right of black folks to seek redress for a system of racial privilege which catastrophically affects their lives. It is an extension of Jim Crow, in that it denies the very existence of a Criminal Justice System which has ripped any possibility of the American Dream from the poor – and serves as a constant reminder to the rest of the black community of their tenuous position in American Society. A mechanism of political and citizenship disenfranchisement, built upon the foundation…

That All Lives do not matter.

Where I tend to wander into question is the statement “Racism is “a polymorphous agent of death.” as expressed by Leonard Harris. The goal of racism is the preservation of a system of privileges and outcomes for the majority group. It’s result may be death, especially in terms of it’s enforcement upon the body Minority – but death is neither necessary or quintessential to its goal. The use of power as a mechanism to enforce a system of racism, where the minority group has the ability and cohesion to reject racism and attack it’s benefit to the majority group, is violence and death. As such, the use of power to enforce a racist system isn’t “racism” – it is business as usual in many human endeavors – in this writer’s humble view. The goal isn’t elimination – the goal is subjugation and incorporation into the economic and political gestalt as a resource.

If you eliminate the Minority Group, as HItler and others of his ilk attempted to do – then in a system of racism and privilege another group needs take it’s place. Which is the very reason poor whites support political racism on the part of the Republican Party. 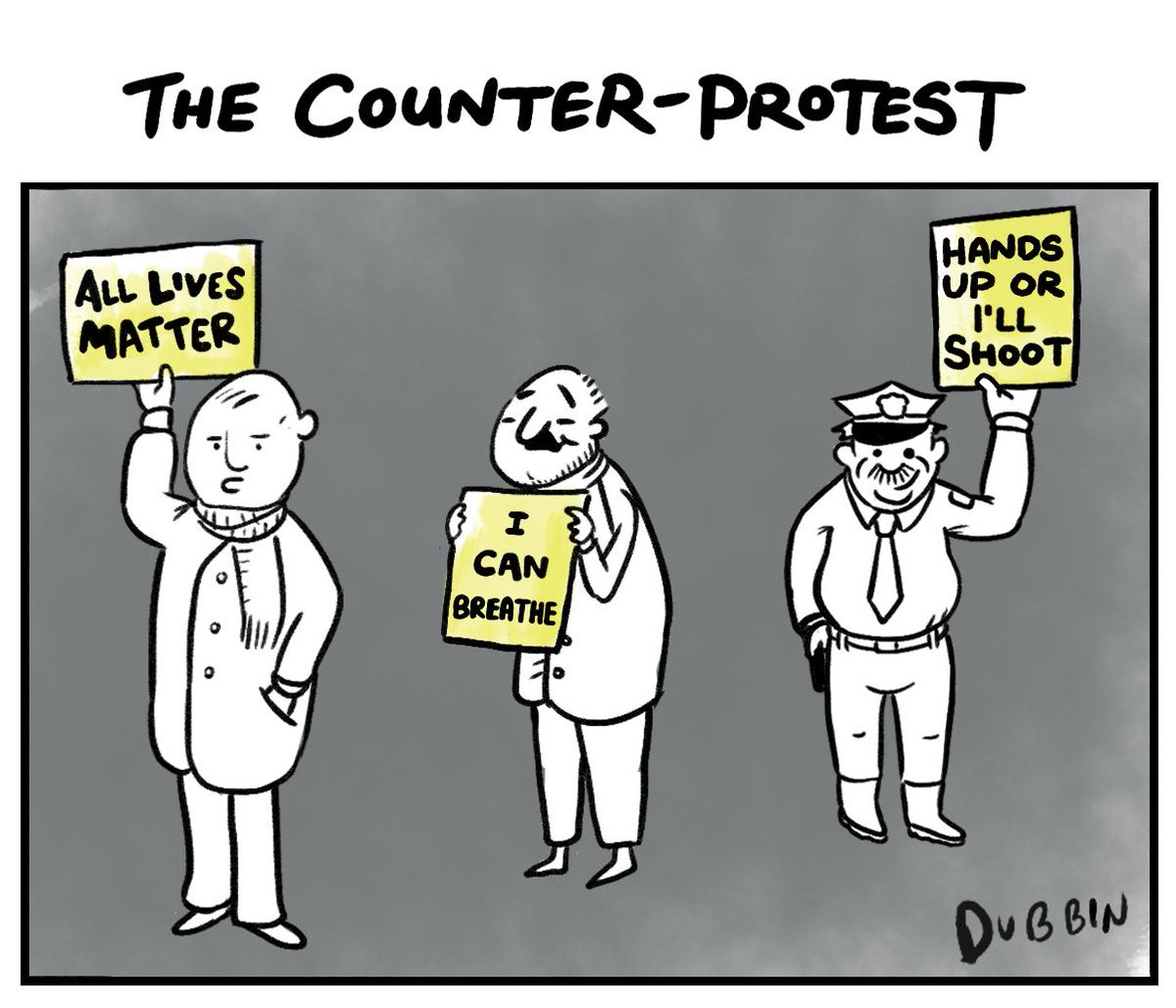 Do the Math on #AllLivesMatter and It Equals White Supremacy

The unfortunate truth is that the hashtag #AllLivesMatter is a reaffirmation of white supremacy.

Let me be clear here. Yes, all language is contextual, and at face value, this particular hashtag, #AllLivesMatter, seems to be an affirmation of humanity. However, let us not be fooled into reading the word “all” as in “everyone.” We are reminded that the Founding Fathers used the same language of humanity. We do, indeed, “hold these truths to be self-evident, that all men are created equal.” In the language of U.S. politics, “all” has never meant everyone. #SomeLivesMatter.

More important, #AllLivesMatter does not have an organic origin. If the hashtag began on its own—organically—it might be possible to rally around its humanist potential. But this is not the case here. Contextually speaking, #AllLivesMatter is a rejoinder. It is a retort. It originates in direct response to the creation of the hashtag and movement #BlackLivesMatter. And it is here that we find its promotion of white supremacy.

For the past couple of years, I have given talks and presentations with a general title of “Diversity Kills.” This “diversity kills” theory is a three-part argument. No. 1, “diversity” has become a shortened pseudonym for “racial diversity,” and the way that institutions and universities practice “diversity” has become a new form of racism (i.e., organizations may want a face for the poster but have few plans to become more inclusive of nondominant cultures). Diversity becomes tokenized. Diversity equals racism.

No. 2, and most important to this conversation, is my definition of racism. Racism is “a polymorphous agent of death.” Racism is “group-differentiated vulnerability to premature death.” This is to say that at the end of racism is death. Racism is a wanton disregard for humanity and life. Raced bodies are more likely to have shortened life expectancies, higher asthma rates, closer proximity to contaminations, and less access to health care, quality food and water. In addition, as Frank Wilderson once put it, raced bodies also seem to “magnetize bullets” (pdf). At the end of it all, it means inessential dying and gratuitous mortalities. Racism equals death.

The response of #AllLivesMatter is an attempt to shift our focus away from the value of black lives. It is an effort to divert our attention away from the end result of racism: the death of black, brown and raced bodies. #AllLivesMatter is not a life-valuing statement. As Talib Kweli recently told an audience, “All lives will matter when Black Lives matter.” Replacing “black” with “all” is an attempt to respond to and ultimately replace (that is, silence) #BlackLivesMatter. It is a statement of disregard. It’s a denial of the reality that racism equals death. And the unfortunate truth is that this is the work of white supremacy.

Sean Eversley Bradwell is an assistant professor at Ithaca College. He is coordinator of the minor in African-Diaspora studies at Ithaca’s Center for the Study of Culture, Race and Ethnicity and has research and teaching interests in educational policy, race theory and hip-hop culture.

← Legend of 50’s Do-Wop, First of the R&B Soul Groups — The Orioles and Diz Russell
How Conservatism Makes You Stupid →