You KNOW when things are spinning out of control when the Police are arresting folks for saying a prayer.

Four prominent New York rabbis were arrested during protests against police brutality and racial injustice on Thursday night, along with more than 200 others taken into custody throughout the city.

Rabbis Sharon Kleinbaum, Jill Jacobs, David Rosenn and Shai Held, along with Randi Weingarten, the president of the American Federation of Teachers, joined thousands of other protesters who took to the streets Wednesday and Thursday evenings in opposition to a grand jury’s decision not to indict Officer Daniel Pantaleo for the death of Eric Garner.

Rabbi Jacobs told HuffPost by email that she and others arrived at the police station at roughly 11:30 p.m. and were held until 5:15 a.m. Friday morning. Despite the sleepless night, Jacobs said the protest was crucial to her as “a religious act” to highlight the “dignity of every single human being.”

“Rabbis and all Jews need to stand up and say that every single person is a creation in the divine image — that black lives matter,” Jacobs said. “We put our bodies on the line to show how crucial it is that the systems meant to protect us do protect all of us.”

The protest began at B’nai Jeshurun, a Jewish synagogue on 88th St., and proceeded along Broadway to 96th St. where the rabbis engaged in an act of civil disobedience. Many of the protesters had just attended a ceremony organized by Jews for Racial and Economic Justice (JFREJ) at B’nai Jeshurun, during which Rabbi Kleinbaum was one of three recipients of the Rabbi Marshall T. Meyer Risk Taker Awards.

B’nai Jeshurun’s Rabbi J. Rolando Matalon said the ceremony was planned months in advance, and when the grand jury decision was announced it was clear to him and others that a demonstration of their concern was in order.

“It was all very peaceful and respectful but carried a great deal of concern and the commitment that we have to make serious change in our justice system and in our society to eradicate racism,” Matalon told HuffPost over the phone. “These incidents which are now a recurring pattern of the deaths of black men at the hands of police are issues of tremendous concern.”

The protesters recited the kaddish, a Jewish mourning prayer delivered in memory of loved ones — video of which several participants posted to Facebook and can be viewed below. During the prayer attendees read the names of more than 20 black individuals who had been killed by New York police, followed by the statement, “I am responsible.”

Matalon said the purpose of the kaddish was to deliver a “symbolic action” of community solidarity and to offer some hope for the future.

“This prayer is a prayer of hope,” Matalon explained. “It’s a prayer about the vision of the world redeemed. It was a desire to express in Jewish terms our outrage, our concern and also our vision for a brighter future.” 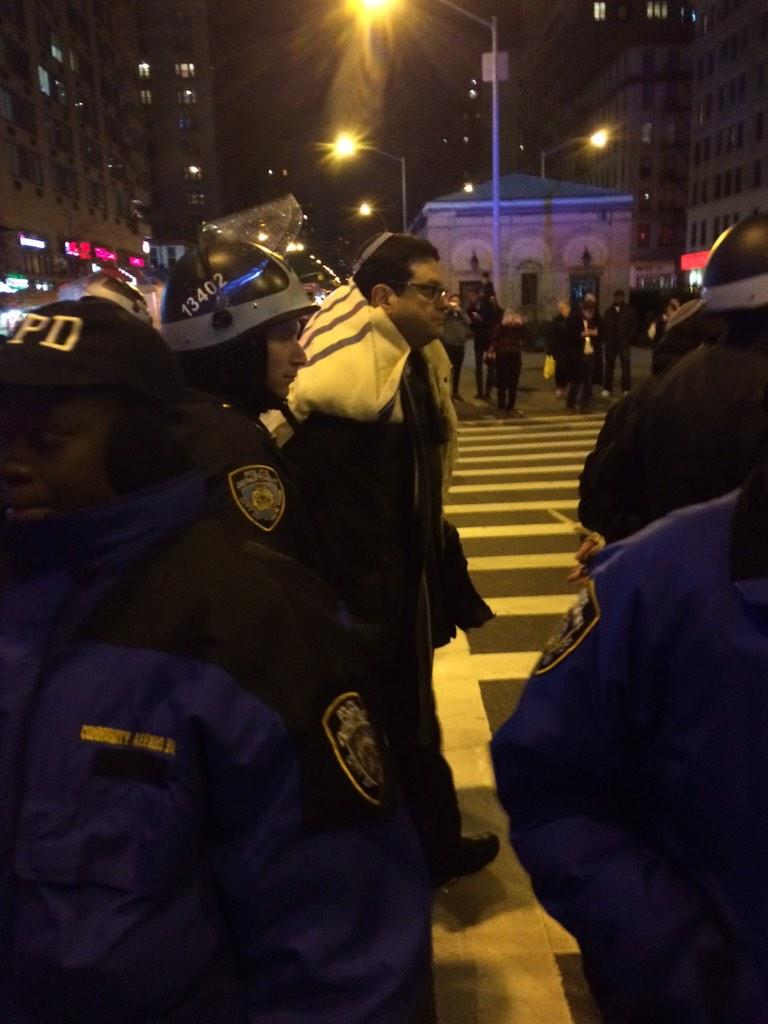