Did Crooked Lawyers and a Judge Steal Rosa Park’s Endowment? 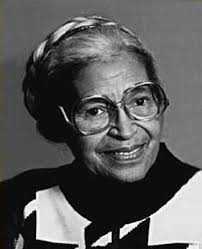 One of the things which have really escalated in the past few years has been the cost of Lawyers. Believe me, I’m in the middle of a lawsuit right now, paying from $375 – $575 an hour for Lawyers. One of the things which has happened in this country is to make it financially impossible for many individuals and small companies to pursue legal remedies – meaning a further tilting of the playing field in the favor of the wealthy.

One of the issues I expect to surface in the next few years is accountability for Lawyers, as the system of capitalistic competition seems to have (once again) failed at controlling costs.

An attorney claims a judge and two lawyers involved in a long-running dispute over civil rights pioneer Rosa Parks’ estate conspired to drain the estate’s cash.

Jefferson told The Detroit News the court action was a “great fabrication.” Burton declined to comment to the Detroit Free Press. An email seeking comment was sent Thursday to Chase.

Parks left almost all her estate to the Rosa and Raymond Parks Institute, which Cohen represents. Relatives challenged Parks’ will after her 2005 death.