President Obama… Is That a Spine?

Increasingly frustrated with Republican obstructionism, President Obama is finally doing something he should have been doing all along…

Getting out that rhetorical 2 x 4. 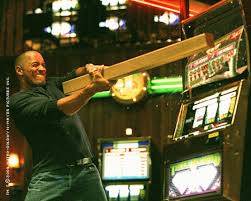 President Obama ratcheted up rhetoric in the heated deficit talks Saturday, challenging Republicans to support students and seniors rather than the rich.

Obama acknowledged that tough choices would be required as the budget deadline approached – and drew a stark contrast between the alleged priorities of the two parties.

“Now, it would be nice if we could keep every tax break, but we can’t afford them,” said Obama in his weekly radio address. “Because if we choose to keep those tax breaks for millionaires and billionaires, or for hedge fund managers and corporate jet owners, or for oil and gas companies pulling in huge profits without our help – then we’ll have to make even deeper cuts somewhere else.”

Obama echoed his frustrated remarks from his press conference last week, saying that sacrifices would be forced onto the backs of the less-fortunate if the Republicans would not consider taxes on the wealthy.

“We’ve got to say to a student, ‘You don’t get a college scholarship,'” he said. “We have to say to a medical researcher, ‘You can’t do that cancer research.’ We might have to tell seniors, ‘You have to pay more for Medicare.'”

“That isn’t right and it isn’t smart,” Obama said.

The President praised the first round of bipartisan deficit talks – led by Vice President Biden – that identified $1 trillion in possible cuts.

But negotiations stalled last week after Republicans refused to consider any tax increases. The Senate cancelled a planned recess next week to keep budget talks alive.

Federal officials said that he nation will reach its debt ceiling in early August and would no longer be able to borrow money to keep the government working. White House officials have said a preliminary deal must be reached by July 22 to guarantee there would not be a shutdown.

I don’t believe you wanna get up and dance…

13 responses to “President Obama… Is That a Spine?”