RSS
← The Prez Kicks the Habit
Juan Williams To Lose His Other TV Gig? →

Fear Of the Angry Black Man 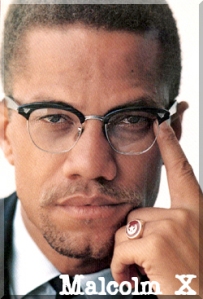 What is Portrayed By Conservative Media.

You’ve heard the term “Angry black man/woman” probably too many times for it to register anymore. Most black professionals run into it personally at one time or another, and it is a common device utilized in political and corporate infighting against black employees.

It is a device, dependent on the ignorance or bias of other white employees and managers, which can cause serious career damage to the accused black employee. Often phrased as “having a chip on the shoulder” when a black employee reacts no differently than a white employee to a situation, or when the employee is a black woman, as having “an attitude”, the false canard is just another of those “black taxes” on the way to that still not reached post-racial nirvana. 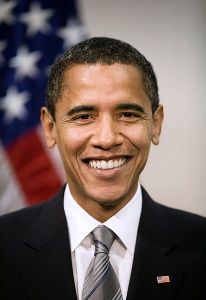 Obama and the Question of the ‘Angry Black Man’

Dec. 23, 2010 – Since his 2008 campaign, much discussion has been devoted to understanding President Obama’s approach.  At various points Obama’s public coolness has been seen as a plus, while at other points it has been viewed as a real minus.  On those rare occasions when Obama has dared give expression to his ire, he has confronted the “angry black man” issue and any concerns he may have regarding the perception that an “angry black man” has assumed the role of President of the United States of America.

In the last two weeks two friends of mine have written pieces critical of my assertion that part of understanding Barack Obama is to understand his intense fear of being perceived as an “angry black man.” One friend simply stated his disagreement with me, while the other ridiculed my position. Both friends happen to be white.

Before I go any further let me be clear that I do not articulate this analysis as in any way a defense of Obama. As my record shows, I have been highly critical of the President on many issues.  What has me unsettled, however, is how easy it has been for many white leftists and progressives to dismiss the matter of the “angry black man” without fully interrogating the concept and its implications.  In that sense, this is about much more than President Obama.

African Americans generally, and African American men in particular, have to be extremely careful about the expression of emotion around white people.  In general whites do not know how to react around emotional black people.  This is especially the case if we are angry.  The failure of black people to express cheer and good tidings often is interpreted by whites as threatening.  Various consequences may follow.  This response on the part of whites certainly has its roots in slavery and the constant fear that whites had of revolts by the enslaved Africans.

As someone who cannot smile on command (and you can ask any photographer), I have plenty of experience with this.  The combination of an unsmiling presence and some level of education causes many whites to become unhinged as they do not know what to expect from us.  “Are we angry with them?” seems to be the question.  “Are we going to start yelling about racism?” is yet another question.

This is analogous to what many women experience when they refuse to conform to certain gender stereotypes, whether failing to pretend not to be as intelligent (if not more intelligent!) than a man, or failing to be ‘girly’, or any other number of behaviors.  In each case, the behavior of the oppressed is supposed to shift to ensure that a member of the oppressor group is comfortable and feels at ease.

Obama has gone out of his way to assure whites that he is not the angry black man.  In doing this he has stepped away from a role and ability to challenge the larger construct of racist oppression.  Instead, and one can remember this from the immediate aftermath of the 2008 election through, perhaps, the first month of his Presidency, we were subjected to proclamations that the USA had finally arrived at a post-racial era.  In this case post-racial meant not obligated to talk about race.  The fact that Obama almost always spoke of racism in the past tense implied that we had arrived.

In order to really ‘get’ the “angry black man” question and its impact on Obama I would recommend that you read Harvard Law School Professor Charles Ogletree’s new and excellent book The Presumption of Guilt: The Arrest of Henry Louis Gates, Jr. and Race, Class and Crime in America. Ogletree reminds us all not only of the circumstances surrounding the arrest of Gates, but also the response of both President Obama and the public.

So, let’s remember the setting.  In a press conference the President was asked about the arrest of his long-time friend Gates.  As Ogletree notes (page 51-2), Obama offered a lengthy explanation of his concern about the incident.  However, only one part of his statement was repeated and repeated loudly.  This was when President Obama stated: “…that the Cambridge police acted stupidly in arresting somebody when there was already proof that they were in their own home…”

The response to Obama’s statement was striking on several levels, not least at the level of race.  African Americans immediately recognized that Obama ‘got it’ in terms of the issue of police abuse.  White people, however, did not respond so positively.  Right-wing attacks on Obama, such as those delivered by Glenn Beck, along with white fears drove down Obama’s poll ratings at this crucial juncture in the healthcare reform debate.

The thing to understand about the white reaction to Obama’s response to the Gates incident was not that this was a simple policy disagreement, or even anger over his having criticized the police.  Obama had shown the tip of a rage that is experienced by millions of black, brown, yellow and red people when it comes to our interactions with the forces of law and order.  Obama got to the precipice and when he encountered the white response he did what has now become characteristic of his presidency: he backed off and, in that case, held the “beer summit” with VP Biden, Professor Gates and Sgt. Crowley.  Instead of seizing the moment to play the role of educator in chief and taking the USA through a discussion of race and law enforcement, Obama backed away as quickly as possible in order to avoid not only the trip-wire of US politics—race—but to also avoid the perception of being the “angry black man” that so many whites fear.

Understanding the “angry black man” question does not mean excusing the President from anything.  What it does do, however, is help one to understand him. More importantly it helps or should help progressives—African Americans and others—to grasp that getting Obama to step up to the plate and address race, not to mention many other issues, will be the result of concerted pressure and demands, rather than hope and cajoling.  His first instinct is to shy away from such matters, at least in part for fear of displaying a behavior that many whites see as typifying a maroon or a Mau Mau.

The retired Harvard professor Chester Pierce articulated the notion of “micro-aggressions” as a form of racist action that operates at the subconscious level but has a very real, material manifestation.  It is behavior that has become hard-wired into the white populace where there are certain expectations of privilege, as well as expectations as to the treatment that they are entitled to receive from racially oppressed groups.  An eternally smiling Black man or woman meets that expectation, irrespective of whether that Black man or woman has anything to smile about.  Expressions of anger and rage at the history of racist oppression and its current manifestations is behavior that is not only not to be rewarded, but is to be penalized.  Such behavior is just not supposed to occur because, after all, we are in a post-racial society, right?

[BlackCommentator.com Editorial Board member, Bill Fletcher, Jr., is a Senior Scholar with the Institute for Policy Studies, the immediate past president ofTransAfricaForum and co-author of, Solidarity Divided: The Crisis in Organized Labor and a New Path toward Social Justice (University of California Press), which examines the crisis of organized labor in the USA.]

← The Prez Kicks the Habit
Juan Williams To Lose His Other TV Gig? →

6 responses to “Fear Of the Angry Black Man”