Don’t Touch My Internet “Junk”, Either!

Seems even a former Playboy Bunny, now confined to a wheelchair, can’t wear little enough to get through airport security without a patdown!

The woman who wore only her bra and panties while going through security at Will Rogers World Airport is speaking out about why she did it.

Video of Tammy Banovac sitting in a wheelchair in just her underwear has made international news. She said after a bad experience with a Transportation Security Administration pat-down, she decided to strip down to her lingerie so security screeners could clearly see she was not a threat.

“The less of me that they had to pat down and check, the less invasive a search would be. And wearing a bra and panties was just about as minimal as I could get,” Banovac said.

Banovac said because of injuries she suffered, she must use a wheelchair. She said she’s been subjected to uncomfortable pat-downs because she cannot go through metal detectors.

In other news – similar to “Do Not Call” registries, Do Not Cookie may soon become a reality on the Internet… 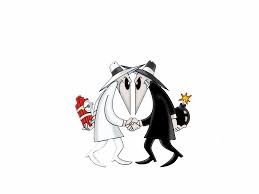 The FTC report, aimed at helping policymakers and lawmakers craft privacy rules, also calls for Web sites to disclose more about the information they gather on users, including what has been collected, how it is used and how long it is stored. It also recommended that companies offer users more choices for opting out of data collection schemes.

Regulators and lawmakers are focusing more closely on online privacy after a spate of high-profile data breaches, including Google’s recent admission that it collected personal data from Wi-Fi networks in several countries.

The agency’s recommendations – passed unanimously by the five-member commission – seek to balance the concerns of Web advertisers, media companies and retailers that have devised business models around tailored advertisements based on profiles of users. The agency is taking comments on its report until Jan. 31.

“The FTC wants to help ensure that the growing, changing, thriving information marketplace is built on a framework that promotes privacy, transparency, business innovation and consumer choice,” Leibowitz said. “We believe that’s what most Americans want as well.”