Venus Williams easily won her opening match at the French Open on Sunday, beating Patty Schnyder with consecutive 6-3 victories. But it was not her performance that drew the most attention. Williams’ lacy black-and-red outfit, which gave “the illusion of being see-through” according to the AP, is the tennis star’s most talked-about on-court apparel choice since she wore a skimpy green uniform at the Australian Open in January (where she was voted an Australian Open hottie).

Venus’ outfit includes skin colored undies, which have the press all tied up in knots… and probably the judges…

Just being evil – but I wonder what would happen if Venus played in a Burkini? 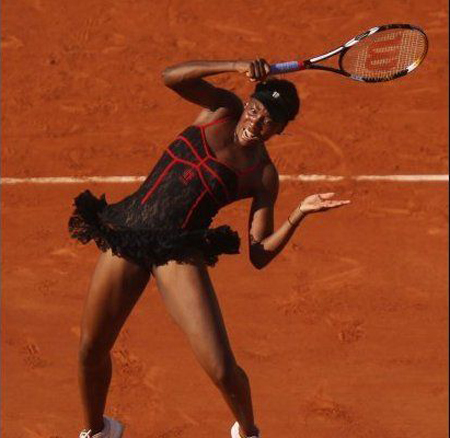 This is just not fair!