RSS
← What’s The Deal With Conservatives And Closets?
The New Jim Crow – Creating a Racist Environment →

OK – so regular readers of my blog have susssed out that I don’t much care for conservatives… Especially the brand of conservatives who base their conservatism and belief system on racism. Which certainly isn’t every conservative – but it is too damn many of them. And I certainly advocated the trials of members of the Bushit Administration responsible for lying the country into the Iraq War, and should those trials result in conviction for treason – a swift and sure execution by the rope or the gun as prescribed by law. 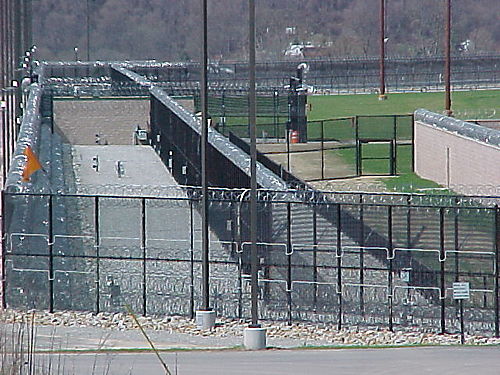 Prisons - Good Places for Tea Baggers According to RK Byers

But this Opinion piece over at NewsOne caught my eye as being (more than a little) bit over the top.

50 years ago, this is exactly what the ancestors of todays Tea Baggers wanted to do to black folks, for having the temerity to “make trouble” in agitating for their Civil Rights. Indeed I remember wild eyed accounts during the 60’s that the old internment camps used in WWII to incarcerate the Japanese were being spruced up, for a new minority group!

As much as some, currently resident on the right might have wished that to happen – it didn’t.

So I don’t agree with RK on this one. The Tea Baggers have a right to demonstrate, march, holler, and make complete racist asses of themselves here in this US of A. They pick up a gun or a bomb – different story. They use the Public Airwaves to incite insurrection or assassination – they should be prosecuted and thrown in jail like any other terrorist.

No. That is not America, even in a most cynical view – it is something far far worse.

OPINION: Tea Party Members Should Be Rounded Up & Jailed

Get this straight: if you’re living in America right now, you’re a descendant of a criminal, a kidnapping victim, or a bum—possibly all three.

There are no descendants of royalty in America. Royalty doesn’t leave home.

When the British initially emptied its prisons of it’s Tony Montanas and it’s Jezebels and sent them all floating over here, the situation was looked at as a win-win.

Not only was a significant bulk of the criminal element being relocated in one fell swoop, but also revenue was generated as these louts ran roughshod all over the New World trading fur, making a mess and diminishing natural resources.

After a very short period of time (surprise!), these “settlers” don’t even wanna pay taxes no more.

What in the world were the Brits expecting? The “settlers” were, after all, criminals.

Since history is told by the winners, an act that had all the moralist integrity of a of a prison riot, got grandly renamed “The American Revolution” and the “settlers” formed their own government with liberty and slavery for all.

The only possible analogy for this would be if you owned a summer home and you allowed someone else to live in it for a while.

Eventually, as the bills started pouring in, you notice that the cable, gas and electric on your summer home have skyrocketed and you decide to go out to the summer home to clear things up.

When you get there, you’re Debo’d by ignoramuses that tell you not only is the summer home not yours anymore—it’s theirs—but also the bills? You can pay those.

So what does all that have to do with the current Tea Party Patriots? Well, it’s like this: not even the mafia is dumb enough to go around calling itself “The Mafia”.

However when a group is inane enough to name itself directly after another group, one must logically assume that the intentions of the new group are the same as those of the old group.

The intent of the original Boston Tea Party was to foster the climate necessary for a bloody insurrection.

And we’d all be fools to think that intent of this current incarnation is any different.

Posted by btx3 on May 5, 2010 in Domestic terrorism, Stupid Tea Bagger Tricks

← What’s The Deal With Conservatives And Closets?
The New Jim Crow – Creating a Racist Environment →