RSS
← The Father of Black Invention
Right Wing Targeting… Who? →

Uncle Tom Alert! The HNIC to the Defense!

Thomas L, Friedman recently wrote an OP-ED piece in the NYT entitled Where Did We Go, discussing the chilling similarities between the current status of right-wing efforts to de-legitimize President Obama and the same efforts against Israeli Prime Minister Yitzhak Rabin leading to his assassination… 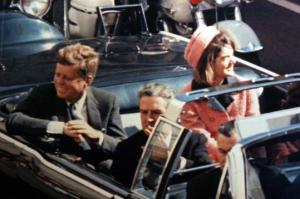 I hate to write about this, but I have actually been to this play before and it is really disturbing.

I was in Israel interviewing Prime Minister Yitzhak Rabin just before he was assassinated in 1995. We had a beer in his office. He needed one. I remember the ugly mood in Israel then — a mood in which extreme right-wing settlers and politicians were doing all they could to delegitimize Rabin, who was committed to trading land for peace as part of the Oslo accords. They questioned his authority. They accused him of treason. They created pictures depicting him as a Nazi SS officer, and they shouted death threats at rallies. His political opponents winked at it all.

And in so doing they created a poisonous political environment that was interpreted by one right-wing Jewish nationalist as a license to kill Rabin — he must have heard, “God will be on your side” — and so he did.

Others have already remarked on this analogy, but I want to add my voice because the parallels to Israel then and America today turn my stomach: I have no problem with any of the substantive criticism of President Obama from the right or left. But something very dangerous is happening. Criticism from the far right has begun tipping over into delegitimation and creating the same kind of climate here that existed in Israel on the eve of the Rabin assassination.

Along comes Uncle Mikkie, stumbling all over himself to suck conservative weenie, and defend his conservative Massas – even though the “far right” and “extreme right” make up (theoretically) only a small segment of the Party his HNIC for –

“Where do these nutjobs come from? Come on, stop this.”

“You’re saying because you disagree with the president on policy, that all of the sudden we’re going to make this leap into, you know, assassinations and all this other stuff,” Steele continued. “I mean, at the height of all this stuff on Bush and people complaining and protesting, and jumping up and down, you didn’t have this kind of conversation. Now all of the sudden you’re going to color it because of a public policy debate in terms of, because the president is black.”

“Threats against this president are at a level 400 percent higher than the former President Bush. How do we explain that?” Roberts asked.

Steele seemed incredulous. “No one ever reported on that level,” he said.

In fact, a former member of the Secret Service has reported a 400 percent increase in threats.

The RNC chairman continued to suggest that warnings about threats to Obama are connected to the color of his skin. “I haven’t seen that publicly put out there statistically to show that, but even if it is, this is my point. I think that we need to be very smart and very careful about jumping, making these leaps on race and connecting dots that may or may not exist there,” Steele said.

← The Father of Black Invention
Right Wing Targeting… Who? →

4 responses to “Uncle Tom Alert! The HNIC to the Defense!”